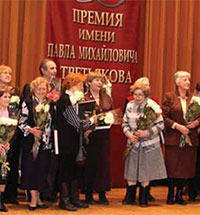 The 175th anniversary of the birth of Pavel Tretyakov was marked by a gala celebration at the Tretyakov Gallery on December 27 2007, organized by the Tretyakov Charitable Foundation. 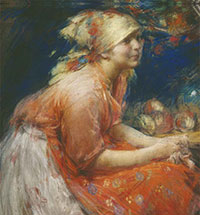 The Serpukhov Museum of History and Art is one of the richest provincial Russian museums and the largest visual arts museum in the Moscow region. It is located in a former mansion that was built in the late 19th century by the architect Robert Klein and belonged to the textile manufacturer, the merchant of the third guild Anna Vasilievna Maraeva. 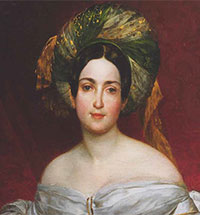 THE “FATAL AURORA”. An Unfinished Story

On September 18-19 2007, in London, Sotheby’s was due to offer for sale a unique collection of Russian art belonging to Mstislav Rostropovich and Galina Vishnevskaya[1]. The most valuable lots included the “Portrait of Aurora Karlovna Demidova” by Karl Briullov, priced at £800,000-1,200,000. Back in 1995 the Tretyakov Gallery had wanted to buy this piece, but Galina Pavlovna “ran with the ball”. It looked as if the opportunity was presenting itself again - but the collection was bought up in its entirety by the Russian billionaire Alisher Usmanov. 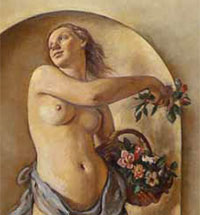 There must be a special stimulus for any new major exhibition of an artist, and perhaps several publications about Zinaida Yevgenievna Serebryakova (1884-1967) proved just that. Two St. Petersburg scholars prepared two monographs about Serebryakova practically simultaneously, and independently from one another. 2004 saw the publication of a book about the artist written by an expert from the Russian Museum Vladimir Kruglov, while an album by the renowned art historian Alla Rusakova came out in 2006. Although the two books appeared in quick succession one after another, they almost never repeat each other either in their text or choice of illustrations. The artist is so impressive - and her artistic heritage so considerable - that researchers can tackle her legacy from a variety of different angles. 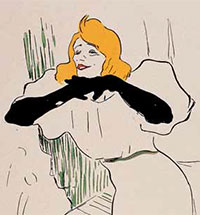 “DIEX LOVOLT” - God wishes it so

The exhibition of the graphic art of Toulouse-Lautrec opened on February 18 in the Tretyakov Gallery’s Engineering Building. The Tretyakov Gallery thanks the Library of the National Institute of Art History in France for generously lending to the Russian exhibition works from their collection. Most sincere gratitude is extended to Leonard Gianadda, who supported the event financially and made it possible to exhibit Lautrec’s caricature self-portrait from a private Swiss collection. Special thanks are also to the Pushkin Museum of Fine Arts, and to its director Irina Antonova, who contributed to the exhibition the work “Woman at the Window”. The project would likely not have reached reality without the substantial financial support of Bank VTB. The gallery thanks the bank for guaranteeing the financing of the project. 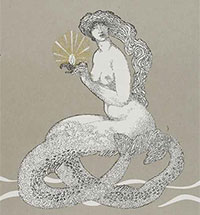 The exhibition organized by the Tretyakov Gallery in March 2008 introduces for the first time to the public the work of the “Golden Fleece” movement, an outstanding phenomenon in the history of Russian artistic culture of the early 20th century. The organizers’ goal has been to reflect as fully as possible the magazine’s activities and to illuminate its historical importance. The materials on display are grouped into three sections: “Exhibitions”, “The Magazine” and “Nikolai Ryabushinsky”. The exhibition features the works of Russian and French artists that will evoke and reference their joint exhibitions in Moscow in 1908 and 1909. Its key objective is to highlight the main tendencies of the magazine-sponsored encounters of Russian and French art which contributed to the development and formation of the concept of 20th-century Russian avant-garde art. 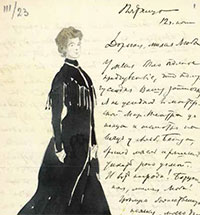 LÉON BAKST. His Family and His Art

Léon Bakst is the greatest theatre designer, a fine painter and a superb master of drawing, particularly of line drawing. This line - curved, tense, emotional and at the same time prodigiously harmonious - became a signature feature not only of Bakst’s art, but of the whole “Moderne” style as well, one that cannot be imagined without Bakst. What do we know about his life?

“Words of Magic”: The Literary Heritage of Léon Bakst[1]

Of the many artists of the Russian Silver Age Léon Bakst (Lev Samoilovich Rozenberg, 1866-1924) deserves the highest acclaim for his contribution to both studio painting and the decorative arts. Among Russian stage designers, he enjoyed - and continues to enjoy - the widest recognition for legendary productions such as Cléopatre, Schéhérazade, Le Dieu Bleu and The Sleeping Princess, in which he astounded audiences with munificence of colour, tactile form and exposure of the dynamic force of the human body. 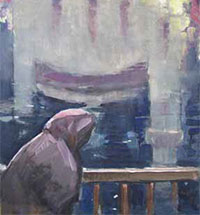 Viktor Ufimtsev “We Called Ourselves Innovators”

A retrospective exhibition of the work of Viktor Ufimtsev (1899-1964), the “luxuriantly colourful painter” who is regarded as “the most extremely ‘left’ artist of Asiatic Russia” opened in the Tolmachi Hall of the Tretyakov Gallery in early September. 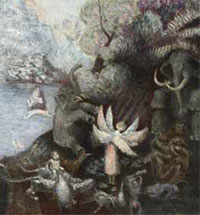 Omsk, 1920s: Without a shade of hesitation, three young men—Viktor Ufimtsev, Boris Shabl-Tabulevich, and Nikolai Mamontov, established the first avant-garde art association in Siberia called “The Three of Hearts”, in allusion to “The Knave of Diamonds”. 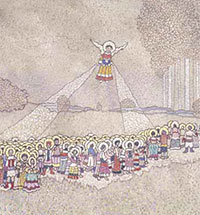 Historically, Alexander Kharitonov is one of the brightest founders of the Russian avant-garde of the 1960s. But he occupies a special place in the constellation of non-conformist artists working outside the official mainstream: untouched by anything social, his art is profoundly religious. 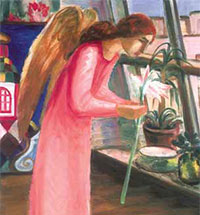 Artists from the city on the shores of the Neva River do not often exhibit at the Tretyakov Gallery. There are different reasons for that, but the museum’s project of 2007, dedicated to the Russian “1970s” artists, could not dispense with the works of such Leningrad painters as Zaven Arshakuni and German Yegoshin. It should be mentioned that the exhibition took place due to the financial and practical support of the collectors Dmitry Pinsky and Nikolai Botka, sincere lovers of art. 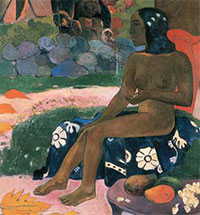 In January 2008, the Royal Academy of Arts staged a landmark exhibition presenting modern masterpieces drawn from Russia’s principal collections: the State Pushkin Museum of Fine Arts and the State Tretyakov Museum in Moscow, and the State Hermitage Museum and the State Russian Museum in St. Petersburg. 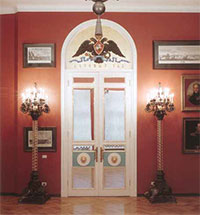 Years: The Russian Academy of Painting, Sculpture and Architecture

In 1987 a momentous event occurred in Russia’s cultural life. An old building on Myasnitskaya Street, known to Muscovites as the Yushkov House, which previously had been home to the famed Moscow School of Painting, Sculpture and Architecture, and after the Bolshevik revolution to VKHUTEMAS (the Higher Artistic and Technical School), saw the arrival of the first group of students of the new All-Russian (now simply Russian) Academy of Painting, Sculpture and Architecture, which was founded by the renowned artist Ilya Glazunov, an honorary member of Europe’s oldest royal academies of the art in Madrid and Barcelona, recipient of the UNESCO’s Picasso Gold Medal for contribution to world culture, member of the Russian Academy of Arts and professor. Thus a major centre of Russian artistic culture was reborn.