Special issue. GERMANY - RUSSIA: ON THE CROSSROADS OF CULTURES 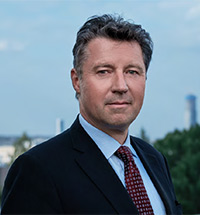 Greetings to readers from: Ambassador of the Federal Republic of Germany to the Russian Federation Geza Andreas von Geyr, Special Representative of the President of the Russian Federation for International Cultural Cooperation Mikhail Shvydkoy, President of Vi Holding group General Sponsor of the Magazine Vitaly Machitski, Head of the Goethe-Institut Moscow and the Eastern Europe/Central Asia Region (OEZA) Dr. Heike Uhlig 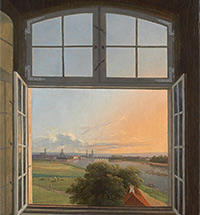 DREAMS OF FREEDOM. Romanticism in Russia and Germany

The exhibition “Dreams of Freedom. Romanticism in Russia and Germany” is one of the key events of the Year of Germany in Russia because it was during the Romantic period (1800-1848) that Russia and Saxony were struggling to find freedom in the domains of state, society and art. The project is a cooperative effort of the Tretyakov Gallery and the Dresden State Art Collections (Staatliche Kunstsammlungen Dresden) (DSAC), the institution in which it will be presented in 2021. 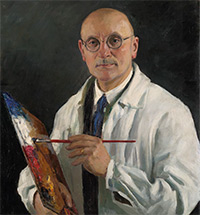 RUSSIAN ICONS IN GERMANY: The Exhibitions of 1929

In 1929, a landmark international cultural project took place in Germany: an exhibition of Old Russian icons was brought from Russia and displayed in four German cities - Berlin, Cologne, Hamburg and Munich. On the surface, the subject of the exhibition may seem surprising given that the Soviet Union aggressively pursued an anti-religious policy at the time, however, there were several elements at play that led to this event being held. 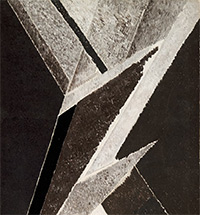 WINDOW TO THE WEST

October 2022 marks 100 years since the opening of the legendary First Russian Art Exhibition, which took place at the Van Diemen Gallery in Berlin. It is difficult now to appreciate the significance of this far-reaching exhibition for Russia and for Western Europe—it undoubtedly played a key role in the development of experimental European art on through the 1920s and 1930s. The isolation caused by the World War II and various revolutions having subsided, in Europe new friendships and cultural exchanges arose between artists across the continent, as well as a wave of avant-garde exhibitions. Russian non-figurative art—“Malevich’s suprematism” and “Tatlin’s pro-constructivism” — began to gain popularity and spread quickly across art’s world stage. The constant flow of emigration from Russia undeniably facilitated this process. 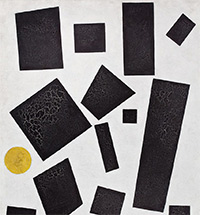 The brief epoch of the Russian avant-garde, as creatively charged as it was, has successfully established itself in the West - albeit not without confusion and obstacles. The interchange between German and Russian museums, artists and academics at the beginning of the last century did not take off again until the 1970s, with widely acclaimed exhibitions debuting previously unseen works and artists, presenting a differentiated picture of the various directions in art or, as a current show in Cologne’s Museum Ludwig does, taking a courageous look at the topic of originals and fakes. 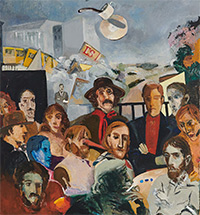 THE EAST IN THE WEST. New Perspectives on Art Production in the GDR

Thirty years after the fall of the GDR, East and West Germany are still not on equal footing in terms of either economic standards of living or art production. Although “GDR art” has long been reduced to State-sanctioned artists here and courageous dissidents there, recent exhibitions and museum presentations are taking a new and different look at East German art. And it’s about time, says Christoph Tannert, who calls for mutual recognition and re-evaluation of the canon. 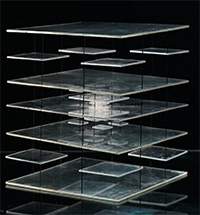 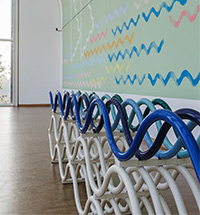 THE FORWARD-THINKING MUSEUM. A conversation with Susanne Pfeffer and Yilmaz Dziewior

The developments and topics of our time are also of interest to artists and museums. Two of the most prominent personalities in the German art world today are Susanne Pfeffer, Director of the Museum für Moderne Kunst MMK in Frankfurt, and Yilmaz Dziewior, Director of the Museum Ludwig in Cologne and curator of the German Pavilion at the next Biennale in Venice. Both stand for pursuing a resolute course towards the opening and renewal of the institution of the museum. In this interview, they present their museums and talk about societal diversity, antiracism, ecology and the seismographic sensitivity artists have for contemporary times. 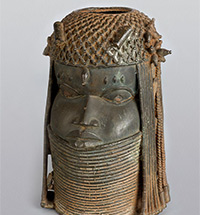 “LIKE PREGNANT HIPPOS”. Ethnographic Museums and the Legacy of European Colonialism: Outline of a Debate

An old Bible from Namibia, a mask from Cameroon, a spear from New Guinea, even human remains: ethnological museum collections include thousands of objects from Africa, Asia and the South Seas, but what is the real history of these things? What do they mean? Who did they belong to and how did they get to Europe? Not only has the perspective on ‘foreign’ cultures fundamentally changed during the post-colonial discourses of the past years, but the practice of dealing with the colonial heritage and the selfunderstanding of ethnological museums has changed as well. A provenance researcher provides an insight into the debate, which is particularly topical and controversial for Germany at the present time. 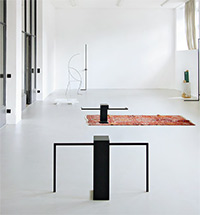 Today, Germany’s approximately 300 art associations or Kunstvereine are an important platform for promoting contemporary art. Art associations serve as an interface between free project spaces, galleries and museums, acting as a springboard in the careers of artists and curators, and exist thanks to the private commitment of a population interested in art. However, more than anything, they provide an open stage for contemporary art and have been doing so for more than 200 years. Here is a forward-looking retrospective. 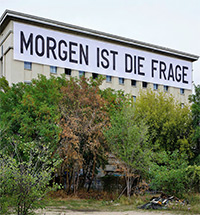 FOCUS ON THE BERLIN ART SCENE. The city that constantly reinvents itself

The Golden ’20s of the last century are a memory and the divided city has been reunited for more than 30 years. Today, Berlin is the most important art centre in Germany, a magnet for those creating culture, for artists and bohemians alike. More than anything, however, it is a construction site, in constant transition. This is a current look at the history and the free art scene of Berlin, where the future is taking shape beyond the confines of the major public museums. 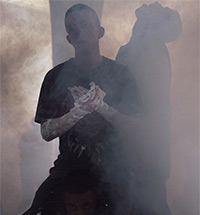 THE BODY AND DIGITAL LOGIC. Conflictual Performance in Our Age: The Artist Anne Imhof

Performance art has set a new tone in contemporary art over the last 15 years. One of the most remarkable German artists in this field is Anne Imhof, whose interdisciplinary works unite installation, performance, music and painting. Her five-hour performance “Faust” in the German Pavilion at the Venice Biennale in 2017 brought her international renown - and she still polarises observers in the art world. 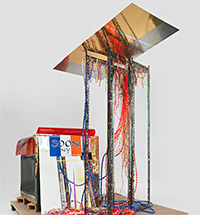 ANTI-MONUMENTS AT THE BEGINNING OF THE 21ST CENTURY: Isa Genzken and Irina Korina

At first glance, the German and Russian art scenes would appear to have had little in common over the past 20 years. On the one hand, you have Germany, occupying a leading position in the global art industry; on the other, you have contemporary Russian art. Global interest in the latter (aroused by the tinge of novelty associated with perestroika) is gradually fading, but, at the same time, it has not yet quite overcome its provincial inferiority complex. In this context, it is even more interesting to note remarkably similar phenomena that have appeared independently in both Russian and German art. One striking example of this is the convergence in a number of features of the artistic methods of Isa Genzken (b. 1948) and Irina Korina (b. 1977) that occurred in the mid 2000s and early 2010s. Given the different contexts in which each artist is immersed, their work shares very little in terms of themes or visual traits. Despite this, they are united by their method of choosing materials, to an extent by their attitude to form and, most importantly, by their profound rethinking of the very concepts of sculpture and installation.

The presentation of the 70th issue of The Tretyakov Gallery Magazine