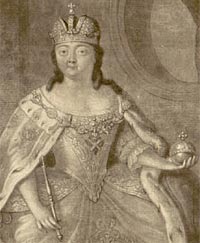 The Story of the Creation of Empress Elizabeth’s Coronation Album

The coronation album of the Russian Empress Yelizaveta (Elizabeth) Petrovna may appear to the general public as something that is both well-known and properly studied. However, this is not quite so. Since the end of the 19th century, when Dmitry Rovinsky published a full listing of the engravings printed in the catalogue, with brief comments, we have learned little new. It took a long time to prepare the album: the work started in the autumn of 1742 and continued until the end of 1744. Over that entire period, active correspondence went on between Moscow, where the court continued to celebrate the coronation, and St. Petersburg, the seat of the Imperial Academy of Sciences, as the parties concerned tried to resolve numerous problems relating to the work. Their correspondence was published as part of “Materials for the History of the Imperial Academy of Sciences”. In the late 20th century, this body of documents increased significantly due to the addition of new papers published in the collected volume on the history of the Engraving Chamber. 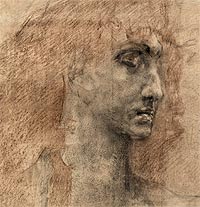 Pencil drawing is one of the oldest art forms, the source of all visual arts, recording the inception of an idea and the stages of its further development. But drawing also has a life of its own as an independent art form with a distinctive language, specific rules and history. Pencils come in many different varieties - silver, lead, graphite, black chalk, wax, coloured pencils, lithographic pencils and other types - and the word also refers to a large number of similar media which can be categorized as the techniques of “dry drawing”, like charcoal, sanguine and sauce. There is an almost limitless variety of techniques involving the use of these materials, and they serve to show off a particular artist’s individuality, sense of form, innate talent and level of skills. A drawing in pencil, charcoal, sanguine or sauce is the best reflection of its creator’s temperament and character. From the vast variety of pencil and pencil-related techniques every epoch chooses those that suit it best. The age of classicism treasured the austere beauty of linear drawing, romanticism - the contrasts and the picturesque quality of strokes; for the “Peredvizhniki” (Wanderers) artists, pencils were “modest workers”, and the modernist movement re-invented the selfsufficiency of lines and the aesthetic value of the process of drawing as such. 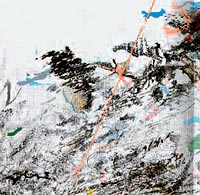 A LINE THROUGH TIME FROM KAZIMIR MALEVICH TO JULIE MEHRETU

The exhibition “On Line: Drawing Through the 20th Century” was quite a notable event in New York’s MOMA 2010-2011 calendar not so much because of the eye-catching works on display, but rather, for its cognitive value. The title given to it says much to an attentive and interested viewer who would recognize Kandinsky’s essay with the same title; besides, it uses a term from the Internet, a kind of a homonym that is familiar to everybody.
The second part of the title marks the scope of the introduction within a century-long period of transformation of drawing, its “groundbreaking history of an art form”, starting with revolutionary innovative processes at the beginning of the 20th century and following its development along the same lines up to the present day; it is formulated by “pushing the line of drawing into real space, expanding its relationship to gesture and form and invigorating its links with painting and sculpture, photography and film, and, notably, dance and performance”. 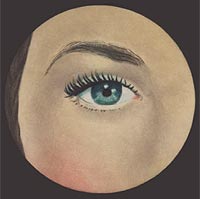 THE COLLECTIVE UNCONSCIOUS: The Story of the Emergence of Enigmatic Images of Surrealism

The exhibition “The Collective Unconscious: Graphic Works of Surrealism from de Chirico to Magritte” opened at the beginning of March 2011 at the State Historical Museum of Russia, Moscow. Initiated by InArtis Project, the exhibition gave a rare opportunity to get acquainted with the art works of Giorgio de Chirico, Max Ernst, Salvador Dali and René Magritte from private collections from Europe and the USA, and aimed to show the development of the visual concept of Surrealism - the story of the emergence of the images of Surrealism and their further development as a distinct phenomenon. The graphic works at the exhibition show the viewer not only different works by acknowledged masters that are stylistically different in themselves, but also illustrate the development of Surrealism itself.
The first exhibition of Surrealist artists took place in 1925 in Paris, its participants including painters as diverse as Giorgio de Chirico, Paul Klee, Max Ernst, Joan Miro, and Pablo Picasso. In the opinion of Andre Breton the new art had to express the secret desires and needs of all people; to grasp this art, viewers only had to have a receptive mind and the spontaneity of a child. 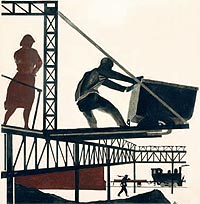 ALEXANDER DEINEKA: THE ARTIST THROUGH TIME

A unique figure in 20th-century Russian culture who played an active role at moments when this culture was going through dramatic changes, Alexander Deineka experimented with modernism in his young years, before later becoming one of the cornerstones of Socialist Realism.
In terms of his style, Deineka experienced at least three transformations: in the 1920s, in the 1930s and in the 1940s-1960s. Reality set out for him (as for others) its cruel rules, but he was probably the only artist to have made such radical shifts in his work. 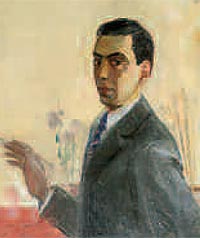 ALEXANDER LABAS: “To See and to Understand This Mysterious and Enigmatic World…"

An exhibition of Alexander Labas, one of the most original and talented Russian artists of the 20th century and an outstanding figure in the Russian avant-garde art movement of the 1920s-1930s, opened on March 15 2011 at the Krymsky Val building. “I was born at a surprisingly appropriate moment, this century suits me as no other," Labas wrote. The artist admired the achievements of modern civilisation, which he approached philosophically and which, he believed, revealed new depths in reality.
The exhibition features about 150 paintings and graphic pieces from the collections of the Tretyakov Gallery, Russian Museum, Pushkin Museum of Fine Arts, and the Bakhrushin Theatre Museum, as well as from the private collection of the artist’s heir Olga Beskina-Labas.
The Tretyakov Gallery and the Foundation for the Promotion of Preservation of Alexander Labas’s Artistic Legacy express their gratitude to Rosneft for its financial assistance with the project. 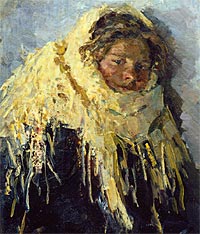 THE FORCE OF TRUTH. The Tkachev Brothers

A retrospective exhibition of the artist-brothers Alexei and Sergei Tkachev, running in the Engineering Wing of the Tretyakov Gallery from April 15 through July 17, presents the oeuvre of two figures who in many respects define the trajectories of the Russian school of painting in the second half of the 20th and at the start of the 21st centuries. The exhibition features around 180 pieces representative of the main stages of their work and the main directions of their artistic explorations. The pictures on view include large-scale “exemplary” compositions, the results of the brothers’ collective effort from the gallery’s collection, as well as earlier paintings, from their Moscow studio, created by one or the other brother independently, and a large assortment of sketches. All this is but a fraction of the vast body of work created by the artists who continue working to this day. 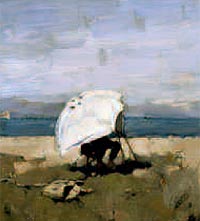 The Glasgow Boys: Artists at Home and Abroad

The exhibition “Pioneering Painters: The Glasgow Boys. 18801900”, which closed in the middle of January 2011 at London’s Royal Academy, was the first show dedicated to the Scottish artistic movement to be held in more than 40 years. It brought attention back to a group that by around 1900 had become the most internationally-known direction in British art, one that flourished thanks to the adventurous patronage of Britain’s second city, and rebelled against the traditional academicism that had preceded it. As with other artistic movements of the time in northern European countries, including Russia, the impact of France and Impressionism proved crucial. 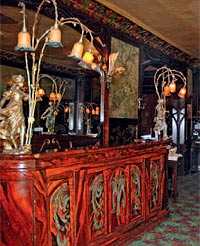 The Paris of Pierre Cardin is linked to a number of landmarks in the French capital, including, first of all, the maestro’s theatre near the Place de la Concorde, the residence of the President of the Republic and the Champs-Elysees, near the Grand Palais and the Petit Palais. In addition to those places, there are also his homes, in a neighbourhood near these architectural ensembles, owned by the couturier, designer, and creator of the fashion empire. 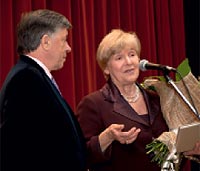 On December 23, 2010 the Pavel Tretyakov Charitable Foundation held for the fifth time its traditional public function dedicated to the memory of the Tretyakov Gallery’s founder in the museum’s conference room.