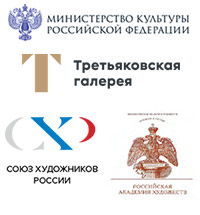 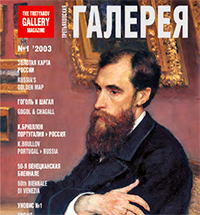 In Facts and Figures: THE “TRETYAKOV GALLERY MAGAZINE”

One way to describe the “Tretyakov Gallery Magazine”, to properly convey a sense of the range and scope of its interests, might be to call it a “concise encyclopaedia of art”: that applies both to its coverage of Russian art, intended for Russian and foreign readers equally, and of international art in Russia. 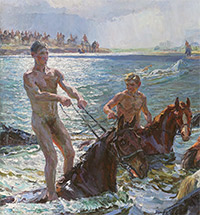 THE CREATION OF Arkady Plastov’s "Bathing the Horses”. MARKING THE 125th ANNIVERSARY OF THE ARTIST’S BIRTH

“Bathing the Horses” is one of the most important works that Arkady Plastov (1893-1972) accomplished in the decade of the 1930s. Created for the 1938 “Exhibition on the 20th Anniversary of the Workers’ and Peasants’ Red Army”, it was effectively a commissioned work, but nevertheless remains one of the most genuine and honest paintings of its period. Like the artist’s “Harvest Feast”, it reflects Plastov’s almost instantaneous evolution into a master of painting in oil. The story of the painting, along with its creator’s quest to capture its artistic quintessence, is particularly relevant for understanding the foundation and development of Plastov’s artistic vocabulary in the late 1930s. 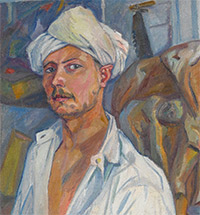 "Living in the territory of art”. NEW PERSPECTIVES ON MIKHAIL LARIONOV

Something of a legend in Russian art of the early 20th century, and one of the most brilliant representatives of the country’s avant-garde of that time, Mikhail Larionov is one of the last artists of his generation whose work can be said to have “returned” to Russia in its entirety. His exhibition history has been complicated: a participant in, and organizer of some of the “roaringly popular” shows of the 1910s, Larionov left Russia on Diaghilev’s invitation in 1915, and his name has somehow been “missing” from the country’s cultural map ever since. World War I, the Russian Revolution and the Civil War made it practically impossible for the artist, then living in France, to participate in the artistic life of his homeland. Thus, the new exhibition at the Tretyakov Gallery on Krymsky Val that opened in September 2018 reveals many new facets of Larionov’s work to Russian viewers. 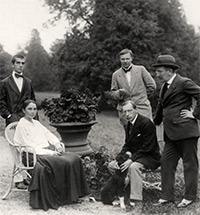 These five postcards, with images created by Mikhail Larionov for the theatre director Alexander Tairov, were all sent on the same day, October 7 1915. Since July 1915, Larionov and Goncharova had been living in Ouchy, a small town (now a part of Lausanne) on Lake Geneva: they were staying in the same boarding house as Sergei Diaghilev, Leonide Massine and Leon Bakst. A famous photograph of the time shows the company together with Igor Stravinsky. 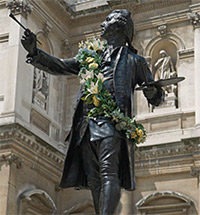 The anniversaries of celebrated cultural institutions are Janus-like: they look backwards to history to commemorate and celebrate - and forwards towards modernisation and change. Marking its 250 th "birthday” this year, London’s Royal Academy of Arts has made a huge and optimistic affirmation of its future, and thus of the role of art in the society which it inhabits. Its private supporters have backed an enormous fundraising campaign, with some £84 million raised to support a physical expansion of the Academy’s premises which underlines a much enhanced engagement with both professional practitioners and the general public. 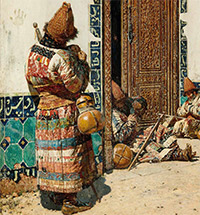 ECHOES FROM THE PAST

On August 27 1888, several New York newspapers reported on the arrival the day before of the ship Etruria, which had originated in Liverpool. A rather curious figure disembarked from the ship: “a man of powerful build, with massive shoulders and wearing a full black beard and mustache,” in the words of one journalist. A robust figure and broad shoulders, surmounted by a head framed in bushy black beard and hair,” observed another.

The presentation of the 61th issue of The Tretyakov Gallery Magazine