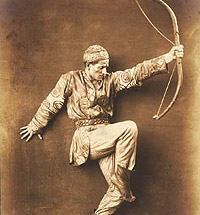 Sergei Diaghilev occupies a special place in the culture of the 20th century – many publications have analysed his personality and artistic projects. But who can state that the puzzle of Diaghilevʼs infinite creativity has been unriddled. For many, he is not so much a real person as a composite figure of the ideal impresario, in whom the talent of an organizer was married to an exceptional sensitivity and receptivity to any innovation in art and, of course, the faculty for finding like-minded individuals and financing for his projects. 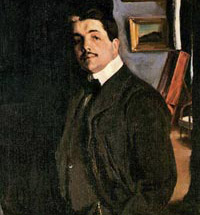 Sergei Diaghilev and the Tretyakov Gallery

Sergei Diaghilev, whose aim was to popularize Russian art, looked up to the selfless enthusiast Pavel Tretyakov, who devoted his whole life to collecting Russian art. From the very start Tretyakov inspired in Diaghilev a great respect. In 1901 Diaghilev wrote in an article “On Russian Museums”: “Studying the superb collection of the Moscow gallery, one can easily notice that Tretyakov, for all his sensitivity and fondness of his creation, nevertheless belonged to a certain time... He felt it was his duty to showcase all of Russian art... Thus, his collection is an amazingly comprehensive journal spanning 30 years of his life as a collector.” 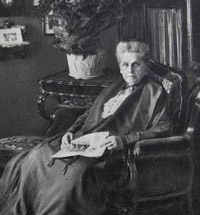 From the Memoirs of Zinaida Kamenetskaya about Sergei Diaghilev

Sergei Diaghilev enjoyed considerable public exposure during his lifetime. Much has been written about his public work and management skills, his strong devotion to the arts, his intuitive ability to spot talent and novelty, his friends and adversaries, his dictatorial manner and allcharming gallantry - the mask that he always wore. But how often has the reader been able to penetrate his mask and get a glimpse of the real person behind it? Alas, not too often. An introvert, avoiding heart to heart conversations even with the closest people, Diaghilev lived an essentially lonely life. His whirlwind of activity was visible to all, but very few people saw him in his rare moments of leisure. Zinaida Kamenetskaya, his first cousin once removed, was one of those few. She left some recollections, full of candour and intimate family details, about her famous relative. She wrote her memoirs in 1931, after she had been asked to do so by Serge Lifar. She wrote them down in a school notebook - its pages covered in neat woman’s handwriting are now turning slightly yellow. There are some alterations made here and there, but not too many of them. The memoirs have never been published before and are part of the manuscript archive of the Tretyakov Gallery. 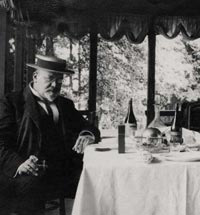 On March 24 1905 in Moscow, in the restaurant of the Metropol Hotel, a dinner was held honoring Sergei Diaghilev, his work as an editor and art entrepreneur. As the “Novosti Dnya” (News of the Day) newspaper reported[1], “Moscow artists and art lovers feted the editor of the ‘World of Art’ magazine Sergei Diaghilev as a person who has made a major contribution to arts and organized an array of exhibitions that brought out a new trend”. 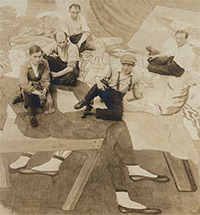 The Diaghilev Ballet - A Personal Memory

Julian Barran, a renowned British art-dealer and collector was an auctioneer for many years at Sotheby’s and specialized in Diaghilev and Ballets Russes sales. Summer 2009 was marked by a representative exhibition devoted to the centenary of Diaghilev’s enterprise. Organized in London by Julian Barran at The Daniel Katz Gallery the exhibition showcased a rich collection of original costumes, vintage photos, drawings and caricatures by the outstanding team of Diaghilev’s world-famous artists and designers. Written especially for the Tretyakov Gallery magazine Julian Barran’s article speaks about those people who cherished Diaghilev’s legacy and for years preserved it for generations to come to admire. He generously shares some pearls of his collection with readers. 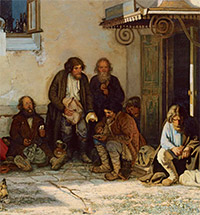 “The ‘Zemstvo’ on Lunch Break” in the Novosilsky County

Marking the 175 th anniversary of Grigory Myasoedov’s birth “The ‘Zemstvo’ on Lunch Break” (the Russian word in its title refers to the local elective distinct councils that existed in Russia from 1864 to 1917) was and remains Grigory Grigoryevich Myasoedov’s most famous painting, though Myasoedov worked all the time, creating more and more new pieces (Pavel Tretyakov and other collectors bought many of them). 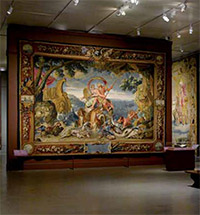 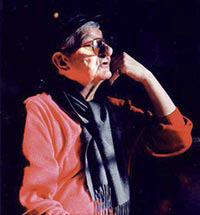 THE GREEN DOOR TO THE COLONY OF ARTISTS

Of the many informal locations that have come to be a joint meeting point for artistic groups in their time, few have been more distinctive than London’s Colony Room, which closed its doors after 60 years in 2008. Novelist and broadcaster Zinovy Zinik recalls the times and personalities of one of Soho’s most remarkable meeting places, one that provided a creative home to Francis Bacon, the centenary of whose birth was marked in October 2009, and many other artists of the School of London. 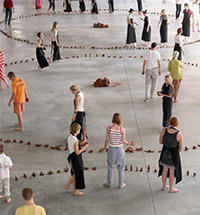 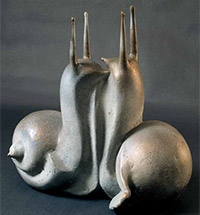 The Phenomenon of Iulian Rukavishnikov

Maximalism distinguishes a true artist from a craftsman. Iulian Rukavishnikov was a maximalist because he had both great personality and great talent, and the highest level of professional culture. He undoubtedly belongs to the host of brilliant 20th-century artists who set him on the path of innovation. Rukavishnikov’s artistic legacy is as important as that of Henry Moore and Giacomo Manzu, Constantin Brancusi and Alexander Archipenko.