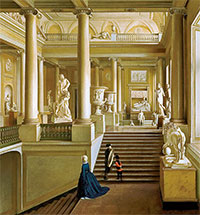 “...Looking After Art Training and Education in Russia.”

Peter the Great’s edict ordering to establish an “Academy of Fine Arts and Sciences" was issued on December 22 1724; it stated that “said Academy should see to it that fine arts and sciences become better." However, the Academy was mostly focused on academic endeavours, so much so that during the reign of Empress Elizabeth, on November 6 1757, the Senate issued a directive to create an autonomous entity, an Academy of Arts, initially established under the auspices of Moscow University: “To establish an Academy of Arts in St. Petersburg, and as for its organizational structure, the Lieutenant General and Moscow University curator Shuvalov is expected to submit to the Senate a detailed proposal and staffing chart, and<...> in response to the above-mentioned requests..> for the upkeep of teachers and students at said institution, and for meeting other needs thereof<...> appropriate from the Treasury 6,000 rubles<...> now<...> and hereafter<...>"

A favourite of Empress Elizabeth, Ivan Shuvalov (1727-1797) was a high-ranking statesman, as well as a patron and aficionado of the arts. He distinguished himself mostly in the field of education, his most noteworthy undertakings being the establishment of Moscow University and the Academy of Arts. The documents that Shuvalov drew up, “Regulations of the Academy of Arts" and the “Sixteen Founding Principles of the Imperial Academy of Arts", set out the basic principles of its existence.[3]
Catherine the Great, who claimed she was successor not only to her “Aunt Elizaveta" but, most of all, to Peter the Great, made her own stately contribution to the development of the Academy of Arts. On November 4 1764, the Empress “granted the Academy its Charter and Privilege", which contained instructions as to the organization of the educational process, artists' education, including the ethics of conduct and rules of cohabitation for the young talents. 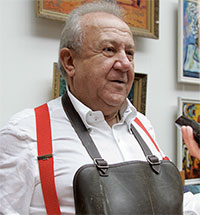 As part of the 260th anniversary of the Russian Academy of Arts, its current president, the sculptor Zurab Tsereteli, spoke at the beginning of September with the “Tretyakov Gallery” Magazine about the Academy’s past, its present and future - and his own artistic plans.
Zurab Konstantinovich, the Russian Academy of Arts is celebrating its 260th anniversary with an impressively rich programme of events. Which of them would you single out?

The Russian Academy of Arts is the natural successor of the Academy of Fine Arts and Sciences, which was founded in 1724 by Peter the Great; nevertheless, it should be noted that the Imperial Academy of Arts, as a separate entity, was established in 1757. As for this anniversary year, we are planning quite a number of extraordinary events to commemorate the Academy's 260th birthday, including exhibitions, conferences, masterclasses, and publications.

One example is our major exhibition conceived as a chronicle of everything we have achieved over the last decade. All the Academy's branches, affiliates, research and educational programmes will be represented. This is our first interactive exhibition: the viewer will be able to see everything on screens, including extensive information on the Academy's work, the most up-to-date artistic trends and advanced technologies. The Academy's regional branches will also be organizing exhibitions in Saratov and Krasnoyarsk; our traditional conference, the “Alpatov lectures", will be dedicated to the anniversary as well. 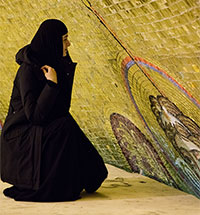 Deeds, Not Words
From the very date of its foundation, the Russian Academy of Arts has played an important role in the life of the nation. The Academy’s mission is not limited to professional art education - it also works to educate and inform society at large. Members of the Academy are renowned artists whose works have shaped the collections of Russia’s major museums; they contribute to urban development projects and the decoration of public spaces, to assembling museum collections and library funds; and they teach and conduct research.
The extensive programme of events celebrating the 260th anniversary of the Russian Academy of Arts in 2017 included a multi-media exhibition that showcased the Academy's current artistic, research, and educational work, and also informed the public about its history and plans for the future. The anniversary programme also included the commemorative meeting of the Academy's General Assembly and the 2nd International Forum “World Culture as a Resource for Sustainable Development". The Forum's agenda included a research conference, with attendees from Turkey, India, Bulgaria, and Belarus, as well as the International Festival “Ethno Art Fest".
The famous architect and academician Yury Avvakumov designed the unique and ingenious anniversary show, which saw the Art Gallery of the Academy's museum and exhibition space on Prechistenka Street divided into 12 pavilions according to various themes; 50 monitors showed video presentations about the Academy's past and present work. Visitors had a wonderful opportunity to see rare photographs from the Academy's archives, as well as some of the remarkable works of art that represented all the departments of the Academy: painting, drawing, sculpture, architecture, decorative and applied arts, set design for theatre and film, and the most modern multimedia installations. Academicians exhibited works that illuminated all major contemporary trends in the visual arts. 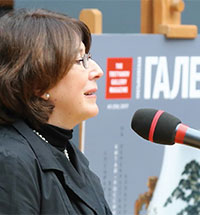 China-Russia: On the Crossroads of Cultures

“Foundation GRANY. Art-Crystal-Brut” has celebrated its 10th anniversary with the publication of the monumental issue “China-Russia: On the Crossroads of Cultures” in Russian, English - and Chinese. For the first time the “Tretyakov Gallery” Magazine has addressed itself directly to the world’s largest readership.

In 2011, the Foundation came forward with an immediate initiative, titled “On the Crossroads of Cultures", which was demanded by the time and became a new direction of the Foundation's multifaceted activity. Such special issues of the “Tretyakov Gallery" Magazine as “America - Russia", “Great Britain - Russia", “Spain - Russia", “Norway - Russia", “Italy - Russia", “Switzerland - Russia", and “China - Russia" have determined cross-cultural contacts. The programme of special issues has also organically included the East: in 2015, the magazine created the issue “The Art of Buddhism" dedicated to thangka painting, and in 2017 the Russian-English magazine was also published in the Chinese language.

The presentation of the 57th issue of The Tretyakov Gallery Magazine