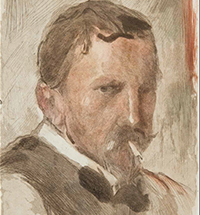 “The Most Moving Painter of the Human Face”

The Tretyakov Gallery has prepared a major exhibition to mark the 150th anniversary of Valentin Serov’s birth, with the works of the prominent Russian artist displayed on two levels at the Tretyakov Gallery on Krymsky Val until January 17 2016. Serov proved himself as a remarkable easel and monumental painter, and graphic artist, as well as a theatre and applied arts designer. He painted landscapes and historical compositions, illustrated books and designed stage productions, but his portraiture dominated. His art made an enormous contribution to the formation of new movements, namely the Russian versions of Impressionism and Art Nouveau.

Marking the 150th anniversary of the artist’s birth, the Valentin Serov exhibition distinctly divides the gallery space into two sections - his paintings and drawings. Such a decision is dictated by the unique nature of Serov’s gift, as one of the few Russian artists who excelled equally in these two forms. 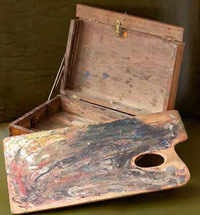 Any discussion of Serov as a teacher ought to focus mainly on his work at the Moscow School of Painting, Sculpture and Architecture (MSPSA), since it afforded the exceptional artist an opportunity to interact with talented youth and unlocked his outstanding teaching talents. Teaching at private schools from time to time, Serov understood, however, that a consistent approach to the training of the young generation could only be achieved using the solid foundations that had been formed at MSPSA over decades. Perhaps this explains why he accepted the offer of the position as a life-drawing instructor in 1897, after the school’s inspector, and then director, Alexei Lvov had spent several years trying to persuade him to take the job. That was the beginning of Serov’s nearly 12-year-long service, which left an indelible mark in the school’s history. 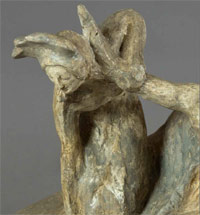 Serov’s contribution to the art of sculpture should not be seen as the result of any serious professional application, being instead a kind of “intermission” in his hard work as a painter. Most of his “non-painterly” works seem to have appeared spontaneously: they had nothing to do with the general direction that his artistic career was taking at any point, were confined to separate periods of his career, and may be characterized as “trying his hand at sculpting”. 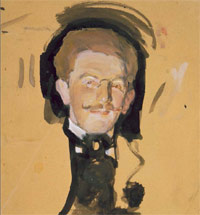 Valentin Serov (1865-1911) appeared reserved, earnest, and sombre; Leon Bakst (1866-1924) was vibrant, unpredictable and a little funny - a dedicated dandy. What was it that brought together these two artists, so unlike one another? Why did their fondness for one another grow in the years after they met while publishing “Mir Iskusstva” (World of Art) magazine? The answer seems simple and complicated at the same time: deep down, they were looking for something indiscernibly similar. While their public personas were so different, both used them to protect their respective creative selves from the rude intrusions of outsiders. Both artists were successful and famous, each in his own unique way; both were chasing their dreams and looking for new paths and expressions, while remaining honest and true to themselves in their artistic pursuits. 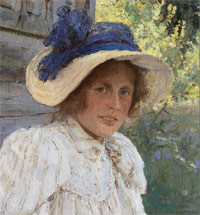 The Department of Manuscripts of the Tretyakov Gallery has about one hundred letters written by the Russian artist Valentin Alexandrovich Serov to his wife Olga Fyodorovna Serova. Purchased from the couple’s daughter Olga Valentinovna Serova in the 1930s, they form a key part of the great artist’s documentary heritage, and although his wife’s letters have not survived, the collection is testimony to the huge affection Serov felt towards his life companion. 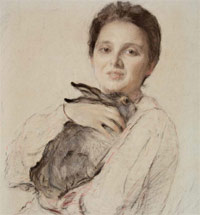 Behind the images of women in portraits by Valentin Serov, as well as Mikhail Vrubel, Boris Kustodiev and Konstantin Somov, are lasting notions of a certain look, disposition and character typical of “the fair sex”. Both Cleopatra Obninskaya and Yelena Balina belonged to the type called a “Serov woman”, whose beauty was equal to their soulfulness, dignity and grace. 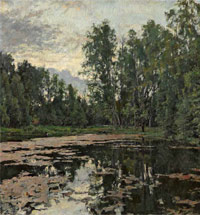 The painter and graphic artist Maria Favorskaya (1887-1959) wrote her “Memoirs” in the 1950s. Her father Vladimir (von) Derviz (1859-1937), a watercolour artist, studied at the Academy of Arts together with Valentin Serov and Mikhail Vrubel, who became his lifelong friends. Vladimir Derviz also graduated from the Imperial School of Jurisprudence, and in 1885 he married Nadezhda Simonovich (1866-1908), Serov’s cousin. With his inheritance from his father, a St. Petersburg senator, Vladimir bought an estate close to Tver, Domotkanovo. Nadezhda had always wanted to live in the country, and her husband, while enjoying painting watercolours of the surrounding countryside, actively participated in the work of the “Zemstvo” (local council) and, until his wife’s death, in the improvement of his household and those of local peasants. 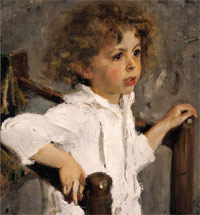 A master of Children’s Portraiture

Artists have always been drawn to the singularity of childhood, that time in an individual’s life when one’s perception of the world is not yet clouded, and when a child looks at everything in it with happiness and trust. In Western European art, images of the Madonna and child express the inseparability of motherhood and childhood, the connection of both blood and spirit that demands protection, love and empathy. 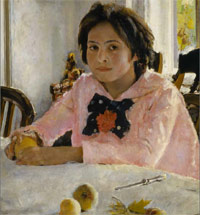 The "Girl with Peaches": who is she?

Serov’s famous painting “Girl with Peaches” depicts my grandmother Vera Mamontova in her childhood. I never met her. She died when her daughter, my mother, was only just two. During her short life she managed to accomplish everything that was expected from a woman of her milieu at that time. She was an obedient daughter, a loving sister, a bride who suffered separation from her bridegroom, a caring mother... Her surviving letters, as well as the reminiscences of those who knew her, reveal much about her life.