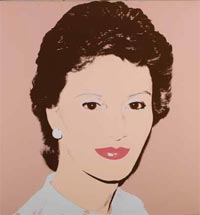 Queen Sonja’s personal engagement in Norwegian art and culture goes back a long way. Over the years, the Queen has actively participated in Norway’s artistic and cultural spheres not just as its high patron but also as an important key figure; her efforts in casting light upon and promoting Norwegian art has gained her respect throughout Norway and far beyond. 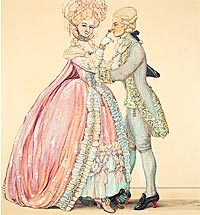 The Formation of a Great Collection

The Tretyakov Gallery show "Drawings and Watercolours by Russian Artists of the Second Half of the 19th-beginning of the 20th Centuries" constitutes a small part of the Pushkin Museum of Fine Arts's extensive collection of Russian graphics, which totals 150,000 sheets in all. This part of the collection, especially drawings dating back to the second half of the 19th century, has never been carefully studied or exhibited, so is not well known by either the general public or art experts. It does, however, stand on its own, including some unique works and offering certain important details that complement our overall understanding of that period in the development of Russian art. 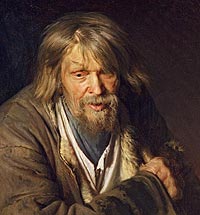 "Unknown Masterpieces". Treasures of Russian Art from the Museum Collections of the Baltic Countries

This spring Tallinn hosted a large-scale exhibition of Russian art from the mid-19th to the early 20th century from the collections of Estonian, Latvian and Lithuanian museums, titled "Unknown Masterpieces. Russian Art in the Collections of the Baltic Countries". In total, seven museums took part in the exhibition: the project's initiator the Art Museum of Estonia, the Latvian National Museum of Art, the Lithuanian Art Museum, the Lithuanian Theatre, Music and Film Museum, the Ciurlionis National Art Museum, the Narva Museum and the Tartu Art Museum. Conceived for the general public, it included characteristic works by famous artists, mainly paintings, complemented by some graphics and sculptures. 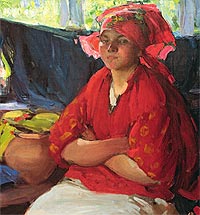 Russian art in the Art Museum of Estonia

Russian art forms one of the most significant parts of the Art Museum of Estonia's foreign art collection in terms of both the number of exhibits and their artistic and historical value. It includes about 350 paintings, 120 sculptures, 870 engravings and drawings and around 200 items of applied art, created between the 17th century and the 1950s. Despite the large number of works, they do not form a single whole reflecting the development paths of Russian art, but are rather a reflection of the complicated history of the formation of the collection. The museum's Russian art collection includes both valuable works by famous masters and unassuming creations by third-rate, nearly forgotten painters. Many items in this collection need complementary research, attribution or reattribu-tion, or closer definition of a work's title or creation period. 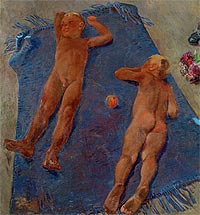 Russian paintings in the Latvian National Museum of Art

The Latvian National Museum of Art has a branch museum, the Riga Bourse Art Museum which opened in 2011 and displays foreign art. The Riga Bourse is also home to a collection of Russian paintings, graphics, sculpture and items of applied arts, which is the largest in the Baltic countries. The history of the collection's formation dates back to the mid-to-late 19th century. Riga then had two collections of art open to the public — the Riga City Painting Gallery (since 1869) and the "Kunstverein", or the collection of the Society for the Encouragement of the Arts (since 1872), hosting works by Russian artists alongside works by artists from other countries. Items reached the Riga collections by different routes. 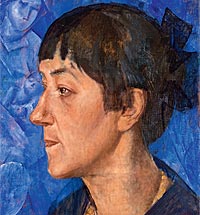 Russian painting in the collection of the Lithuanian Art Museum

The painting collection of the Lithuanian Art Museum includes about 300 canvases by famous Russian artists, reflecting the main trends of Russian art, which reached the museum in various periods and under various circumstances. 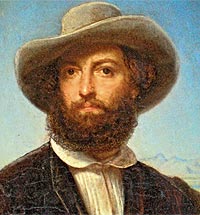 "An artist with wonderful talent and comfortable means..."

On the 200th anniversary of the birth of Fyodor Moller

Thus the engraver Fyodor Iordan described his friend Fyodor Moller (born Otto Friedrich Theodor von Moller, 1812-1874). Born into a family of Baltic German nobility and later in life a professor of St. Petersburg's Academy of Arts, Moller lived a happy family and artistic life, gaining recognition in his lifetime, most notably for his portraits of Nikolai Gogol. Moller's name, however, was soon almost forgotten, and today he remains little more than a link between Russian and Estonian culture. A conference devoted to the bicentenary of the artist's birth took place in Kuressaare castle on the Estonian Island of Saaremaa in September 2012: it was there, in this small resort town, that Moller spent his summers from 1856 onwards. Moller lived a happy life with his young wife and children on his estate, by a lake not far from the unique Kaali field of meteorite craters, creating a number of well-known paintings and giving art lessons to enthusiasts. He is buried in the Lutheran cemetery nearby. 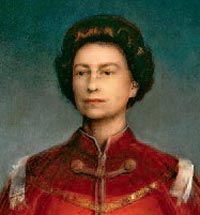 The Face of Britain

The world's largest collection of personalities and faces from the late Middle Ages to the present day, London's National Portrait Gallery is the oldest such institution in the world, founded in 1856 on a strong intellectual base which was a consensual attitude at the time: the 19th-century emphasis on the ways in which individuals influenced, and indeed led the events of history. One of its major supporters was the leading historian Thomas Carlyle, who also was an early trustee. 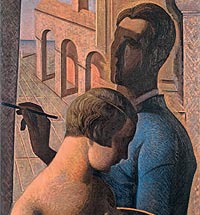 Running at Florence’s Palazzo Strozzi until the end of January 2013, the exhibition “The Thirties. The Arts in Italy Beyond Fascism” features artists who came to public notice after exhibiting at the Venice Biennales during Italy’s Fascist era. It provides an opportunity to cast a fresh look at the artistic culture of this tragic historical period of European civilisation in the 20th century – one with regard to which there has been little variance of opinion to date among its interpreters and judges. 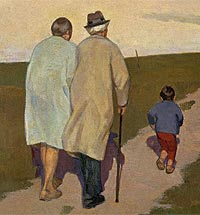 The Call of the Future

For nearly 50 years the Chernyshev-Gorsky family has played a vital role in the Russian visual arts. In 1969 Dmitry Zhilinsky, a student and associate of Nikolai Chernyshev, painted "The Artist's Family. The Chernyshevs" (Russian Museum), and a year later "The Chernyshev Family" (Tretyakov Gallery), thus completing the family's image. He wrote of the works: "I imagined all the Chernyshevs walking in an autumnal forest. Nikolai Mikhailovich, in profile, against Antonina Alexandrovna, full-face; further on, young oak trees, branching out, and between them the trio: daughters Katerina and Natasha, and son-in-law Andrei Gorsky. To the left, grandson Kolenka hopping around like a grasshopper, daughter Polina to the right, behind the trees. The composition and the colour seem to have been decided. A golden autumnal background. Chernyshev in a light-coloured raincoat, nearly weightless. Behind him, Antonina Alexandrovna, serious and close to the earth, stands quietly, holding a bunch of autumnal flowers. He is narrow and light-coloured — an incarnation of spirit; she is wide, quiet, beautiful — his support." Many years later, in the picture "Paths of Childhood" by Nikolai Chernyshev's grandson Nikolai Gorsky-Chernyshev, this chain of times would be looped back: the boy (Kolenka from the Zhilinsky painting) running along the road to a church and Nikolai and Antonina, supporting each other as they walk behind him, embody that continuous, endless road of spiritual quest which the members of this admirable Russian family have been treading for a century.