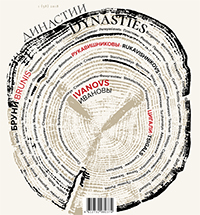 Established by an edict of Peter the Great, throughout the 260 years of its existence the Russian Academy of Arts has become an unique centre of professional artistic education, one that has encouraged the wider dissemination of aesthetic knowledge as well as the formation, development and preservation of the traditions of the Russian visual arts in painting, sculpture and architecture 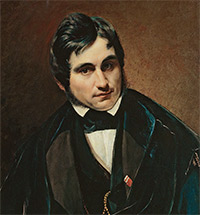 Fyodor Bruni. THE FOUNDER OF THE DYNASTY

The Tretyakov Gallery's permanent exhibition features, alongside the works of Karl Bryullov, a gripping male portrait. It was painted by an apprentice of ugrcat Karl”, Fyodor Moller (Theodor von Moller), and features a hazel-eyed, brownhaired man with bushy hair and fluffy whiskers. The pale face is set off by a white starched dress shirt, while the black silk necktie highlights the model's elegance. A gold chain and the insignia of the Order of St. Stanislaus indicate the holder’s wealth and position in society, while an overcoat flung over the shoulders lends a certain romantic casual look to the model.[1] Who is the subject? 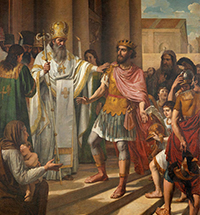 Mission to Peking. ANDREI IVANOV’S COMMISSION FOR THE RUSSIAN LEGATION IN CHINA, AND THE RETURN OF "ST. AMBROSE" TO THE TRETYAKOV

A work of art, just like any human being, may be blessed with a happy fate, or plagued by hardship. As circumstances change, fame can give way to neglect, and luck become misfortune. In such a way, the painting that entered the Tretyakov Gallery collection in ip with the title “Prince Vladimir Baptized in Chersonesus” (1829) had a complicated Its condition and overall quality made some experts doubt that it was indeed the work of Andrei Ivanov (1775-1848), the distinguished professor who was a member of the Imperial Academy of Arts and the teacher of artists such as Alexander Ivanov (his son, who remains best known for “ Appearance of Christ Before the and Karl Bryullov, whose “Last Day of Pompeii” brought European recognition for the Russian school of painting. 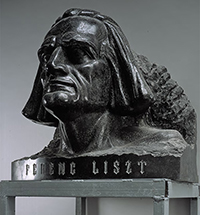 Founder of one of the most prominent dynasties of Russian sculptors, Mitrofan Rukavishnikov was born on May 24 1887 in Nizhny Novgorod, into the family of Sergei (Mikhailovich) Rukavishnikov, son of the well-known Nizhny Novgorod merchant Mikhail (Grigorievich) Rukavishnikov. In 1901, at the age of 14, Mitrofan enrolled in the Emperor Alexander II Nizhegorodsky Institute for Noblemen’s Children, where he studied for six years, until 1907. After graduation the young man was still undecided about his future. He explained in his autobiography: “In the years of my initial awakening to the realities of life, in the years of my youth, in my school years, when I came to love all forms of art and especially the synthesizing forms, I, anticipating the colossus of art as a whole, began to consider my first attempts at creation as amateurish and decided to choose the path of ‘hard’ science.” 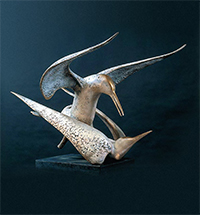 Iulian was born in Moscow on 30 September 1922. When he died in 2000, I was 50 years old. His death could be said to mark the end of my childhood. Losing one’s loved ones is never easy, and, if they were anything like Iulian, it is truly devastating. Iulian, indeed, “would harm not his loved ones, nor grasses nor weeds”. At our dacha in Velyaminovo, he would rise at dawn. I was aware of this even as I snoozed: our dog Fromage, who slept by my bed, would always yawn and rise reluctantly, preparing to do his duty by watching over and following his master. Leaving the house, father would go to tend his beloved garden, which was indeed magnificent... The birds, who knew him well, would gather for an early breakfast; he, however, breakfasted with us, some four hours later... Sitting with us at the table, he would prepare sandwiches for himself and for the dog. 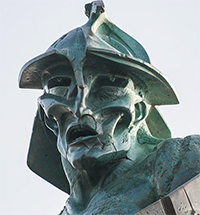 THE INHERITOR: Alexander Rukavishnikov and His Forebears

Alexander Rukavishnikov belongs to the third generation of a remarkable sculptural dynasty. Equally and extraordinarily accomplished in both monumental and medium-scale sculpture, his work has developed organically out of that of his grandfather, Mitrofan, and of his father, Iulian, alike. 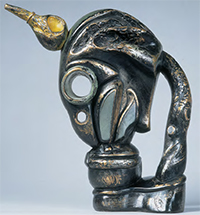 Filipp Rukavishnikov: I AM NOT HURRYING ANYWHERE

A darling of fortune, one who undeniably drew a “lucky number” in life, and who, it appears, is well ahead of his time, Filipp Rukavishnikov also inherited a heavy burden of fame: a kind of counterweight to complement the dynastic load shouldered by everyone born into the family. 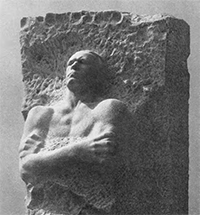 Culture Across the Generations: THE TSIGAL DYNASTY

The creative experience of one family, passed on unnoticeably but unfailingly, first to children and then to grandchildren and yet further, is an organic linkage that ensures cultural continuity across time. In Russia, the phenomenon made itself powerfully felt in the art of the late 19th and early 20th centuries. Later, under the impact of historical trauma, it was rather interrupted and broken, and it was not until the last three or four decades of the 20th century that the process of its restoration began; it seems likely that in the future such artistic dynasties will continue to play a significant role. 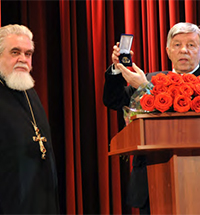 In Memory of Pavel Tretyakov

On December 18 2017, a gala evening dedicated to the 185th anniversary of the birth of Pavel Tretyakov was held at the Tretyakov Gallery.

The presentation of the 58th issue of The Tretyakov Gallery Magazine