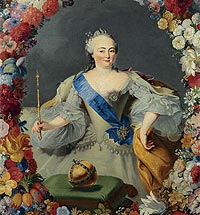 "The Spark of Peter the Great"

The exhibition “Tsarina Elizabeth and Moscow”, running at the Tretyakov Gallery from December 9 2010 to March 27 2011, commemorates the 300th anniversary of the birth of the Russian empress. Staged in the Engineering Building on Lavrushinsky lane, it concludes a trio of shows that have run there over many years: the first project, “Catherine the Great and Moscow” (at the Krymsky Val building), took place in 1998. That was a pioneering effort to introduce to the public the artefacts of “imperial” history and culture, which were kept away from the public eye under Soviet rule. The ties between the great female ruler of Russia and Moscow had never before been the subject of careful study. A year later the exhibition “Peter the Great and Moscow” opened in the Engineering Building, marking the 300th anniversary of the Grand Embassy of Peter I. 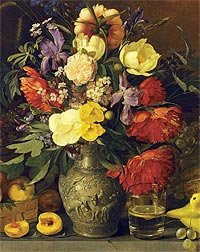 An Artist of Hearth and Home

2010 marked the 200th anniversary of the birth of Ivan Fomich Khrutsky, the Belarussian/Russian painter of the first half of the 19th century, a well-known master of the still-life genre with “fruit and flowers”. In December 2010-January 2011 the Tretyakov Gallery hosted Khrutsky’s anniversary exhibition featuring works from the Tretyakov Gallery and the National Art Museum of the Republic of Belarus. The show was one of the most important events to round off the Year of Culture of the Republic of Belarus in the Russian Federation. 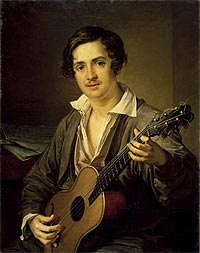 In the very heart of Paris, in the neighbourhood of New Athens, not far from the noisy and notorious Moulin Rouge cabaret, there is a Museum of Romantic Life (Musee de la Vie Romantique). A quiet patio on Rue Chaptal shelters an elegant mansion with a small garden closely planted with sweet-smelling roses and blooming mallows. The house was home to the Dutch artist Ary Scheffer1, who settled here after the July Revolution of 1830. 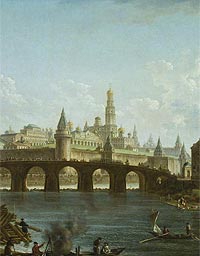 “I Yearn for Strange Lands”

The exhibition “From the Western Seas to the Very Gates of the East. Russia at the Time of Pushkin” - a look at the Russian Empire as it was seen by Alexander Pushkin and his contemporaries - has been one of the most memorable events of 2010 at the Pushkin Museum in Moscow. 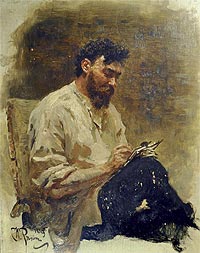 The Secrets of Ivan Pokhitinov’s Art

The exhibition “The Artist-Sorcerer”, organized by the Tretyakov Gallery to mark the 160th anniversary of Ivan Pavlovich Pokhitonov (1850-1923), featured works from the collections of the Tretyakov Gallery and Otar Margania (Moscow). The dates of the exhibition, initially scheduled to run from March 2 to November 28, were twice extended due to the great public interest in Pokhitonov’s oeuvre. Visitors to the show in their comments talked not only about gratitude for “the feeling of joy and harmony of life” they experienced viewing Pokhitonov’s works and admiration for the artist’s consummate workmanship, but also about his painting techniques, which were described as “spellbinding” and appearing “a miracle”. As if echoing Ilya Repin’s opinion about Pokhitonov - “this is an artist-sorcerer”, which gave the title to the exhibition - viewers wrote that they visited the show several times to engage with this “miracle” again and again. 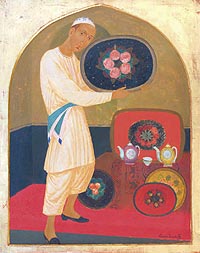 The monumental exhibition of Russian Orientalist paintings from the principal museums of Russia, Ukraine, Armenia and Uzbekistan (with a small part from private collections in Moscow and London) continues the remarkable tradition of the Groningen Museum in the Netherlands in filling a longstanding gap - and filling it most satisfyingly - in researching lesser- known Russian themes and mounting a comprehensive and highly sophisticated exhibition. As we gaze at these impressive canvases in a European setting, we find ourselves confronted by an adapted genre brought back into the milieu of the original. 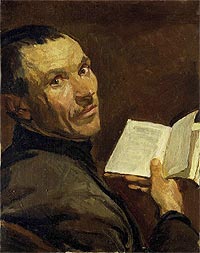 Arkady Plastov. Portraits of the Artist

The verse of the great Russian poet of the 20th century can be seen as an epigraph to the destinies of the generation of Russians who grew up with and came of age together with the 20th century. For all the differences in their life stories, Boris Pasternak and Arkady Plastov were contemporaries in the deepest sense of the word: if for nothing else, they were connected by the fact that Leonid Pasternak - the poet’s father - taught Plastov at the Moscow School of Painting, Sculpture and Architecture. 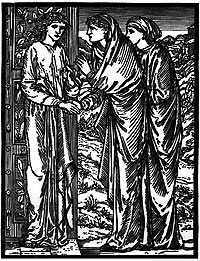 The Pre-Raphaelites: The Last Paladins of the Victorian Era

InArtis Gallery presented a show of 34 engravings created by the famous British Pre-Raphaelite artists Edward Burne-Jones and William Morris from October 14 through December 14 2010 in the Old English Courtyard in Moscow. The exhibition was noteworthy not only because it showcased a school rarely seen in Moscow - in Russia exhibitions of the Pre-Raphaelites’ artwork are rare - but also because viewers had the chance to see a collection of engravings that for a long time were believed to have been lost forever. 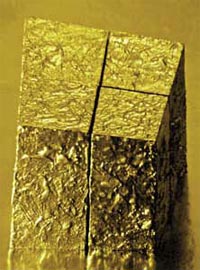 Gor Chahal’s “Bread of Heaven”: A special project of the Tretyakov Gallery

Gor Chahal carried out his special project “Bread of Heaven” in collaboration with the Tretyakov Gallery. Such projects are different from solo shows: each special project is usually focused on a certain idea related to the oeuvre of a particular artist. One of the objectives of such special projects is to present artistic innovations and to add to the gallery’s collection the works of the best contemporary masters who, rather than producing separate pieces, are determined to generate a continuous body of work, following the avant-garde concept of arts synthesis. Within the space of the gallery, the room where these experiments develop is at the conclusion of the permanent exhibition of 20th-century art, just before the suite of rooms on the second floor where the newest art trends are showcased: thus, the room connects the traditional and the modern. 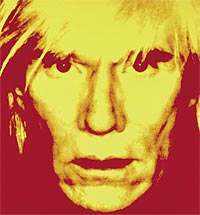 The Baltimore Museum of Art (BMA) was the final venue of the four-museum tour to present the first U.S. museum exhibition exploring the late works of the iconic American artist Andy Warhol (1928-1987). On view there from October 2010 through January 2011, more than 50 works revealed the Pop artistʼs energetic return to painting and renewed spirit of experimentation during the last decade of his life. This period shows Warhol in the midst of his celebrity creating more paintings and on a vastly larger scale than at any other moment of his 40-year career. Exhibition highlights include psychologically revealing fright wig self-portraits, three variations on Leonardo da Vinciʼs The Last Supper, and collaborations with younger artists such as Jean-Michel Basquiat. Several of these works – assembled from national and international public and private collections, as well as the BMAʼs exceptional collection of late works by Warhol – were not exhibited until after the artistʼs death. 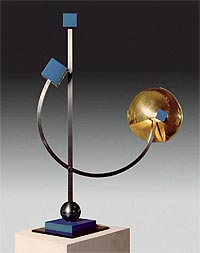 PIERRE CARDIN PRESENTS
My best New Year wishes for 2011 to the readers of the Tretyakov Gallery magazine.
Until our next encounter!
With kindest regards,
Pierre Cardin