In January 2008, the Royal Academy of Arts staged a landmark exhibition presenting modern masterpieces drawn from Russia’s principal collections: the State Pushkin Museum of Fine Arts and the State Tretyakov Museum in Moscow, and the State Hermitage Museum and the State Russian Museum in St. Petersburg.

Over 120 paintings by Russian and French artists working between 1870 and 1925 are displayed together for the first time ever in the United Kingdom in an exhibition which surveys the main directions of modern art from Realism and Impressionism to Non-Objective painting. Works include paintings by Renoir, Cézanne, Van Gogh, Gauguin and Matisse together with those by Kandinsky, Tatlin and Malevich.

This exhibition is a unique opportunity to explore the fascinating exchange that existed between French and Russian art during a crucial period that was witness to upheaval and revolution. It is a testimony to the glorious history of Russian collecting and Russia’s influence on the development of modern art. The groundbreaking yet individual tastes of collectors Pavel Tretyakov, Sergei Shchukin and Ivan Morozov will be illustrated in the collections they bequeathed to Moscow and St. Petersburg.

“We are thrilled to be showing throughout this exhibition, the journey that art took in Russia from around 1865 to 1925, the culmination of which was the flowering of the Russian avant-garde. On the way the visitor will experience many outstanding masterpieces that belonged to the legendary Moscow collectors, Sergei Shchukin and Ivan Morozov.

“Most especially the Royal Academy of Arts is proud to present for the first time to a British audience, ‘The Dance’, the celebrated painting by Henri Matisse that now belongs to the State Hermitage Museum in St. Petersburg.”

The exhibition is structured around four main themes starting with a presentation of works by the Russian realists, namely the “Wanderers”, an important group of Russian artists who broke away from the St. Petersburg Academy and focused on Russian landscape, contemporary social issues, scenes from traditional peasant life and Russian history. Works by Ilya Repin, Ivan Kramskoy, Isaak Levitan, Valentin Serov and Mikhail Nesterov and others are shown with paintings by French artists of the Barbizon school such as Théodore Rousseau, Charles Daubigny and Jean-François Millet as well as the Salon painters Jules Bastien-Lepage and Albert Besnard.

The second section of the exhibition displays not only masterpieces from the two great Moscow collections, those of Ivan Morosov and Sergei Shchukin, but also demonstrate their differing points of emphasis. These two Moscow textile merchants were, without doubt, the most brilliant and daring Russian collectors of their day. They scoured Paris for paintings by the Impressionists and Post-Impressionists and accumulated works by Monet, Renoir, Cézanne, Van Gogh, Gauguin, Matisse and Picasso. Shchukin became Matisse’s greatest patron, commissioning the celebrated “The Dance” as part of an astonishingly bold scheme to decorate the grand staircase of his Moscow mansion. “The Dance” is perhaps the most sensational highlight of the exhibition and shown here in Gallery III.

The third section of the exhibition is devoted to the famous theatrical impresario and exhibition-maker Sergei Diaghilev, who was at the forefront of the World of Art movement. He played a vital role not only in presenting modern French art in Russia but also in taking Russian art to the West, particularly in Paris. Vasily Kandinsky drew on the imagery of Russian fairy tales and combined it with Fauvist colour as a starting point for his daring steps towards abstraction, and Marc Chagall adapted elements of French Cubism to his highly individual and poetic distillation of Russian-Jewish folklore. Artists presented in this section of the exhibition also include Alexander Benois and Leon Bakst, Boris Kustodiev, Nicholas Roerich, Alexander Golovin and Valentin Serov as well as a selection of impressive portraits of great figures of Russian cultural life such as Vsevolod Meyerhold, Feodor Chaliapin and Anna Akhmatova.

Cross-currents between Russian and French art were particularly fertile in the early 20th century. The final section of the exhibition encompasses the exhilarating kaleidoscope of rapidly succeeding artistic developments. Mikahail Larionov and Natalya Goncharova responded to both the French Post-Impressionists, particularly Cézanne and Gauguin, and the vigour of Russian folk art in their unique Neo-Primitive style. Bold reinterpretations of Cubism, as well as Italian Futurism, resulted in the brilliant Cubo-Futurist works by Jean Pougny, Pavel Filonov and a remarkable group of experimental women artists including Olga Rozanova, Lyubov Popova and Alexandra Exter. Included is Vladimir Tatlin’s ground-breaking three-dimensional constructions which heralded the advent of Constructivism and Kazimir Malevich’s celebrated triptych Black Square, Black Circle, and Black Cross rejecting all forms of pictorial tradition and an icon of the purely abstract style of Suprematism.

The Editorial Board of the Tretyakov Gallery Magazine express their sincere gratitude to the Royal Academy of Arts, London for cooperation in the preparation of this article. 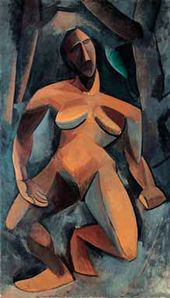 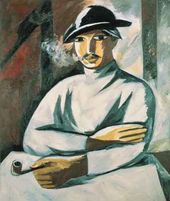 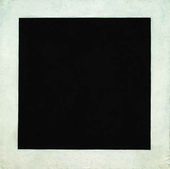 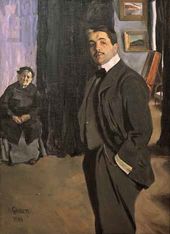 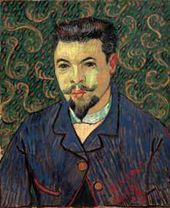 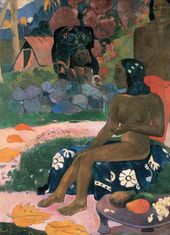