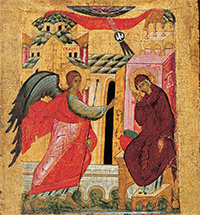 In 2004 the State History, Architecture and Art Vladimir-Suzdal Museum-Reserve celebrated its 150th anniversary, and thus is one of the oldest and largest museum associations in Russia. It includes the most significant art collect-ions and monuments of Vladimir, Suzdal, Bogolyubov, Kideksha and Gus Khrustalny; the assoc-iation incorporates 40 separate museum locations and 55 architectural monuments, nine of which are mentioned in UNESCO's World Heritage list. All these make the Vladimir-Suzdal Museum-Reserve a real attraction for tourists from Russia and abroad – a pearl of Russia's Golden Ring, visited every year by more than one million tourists from more than twenty countries. 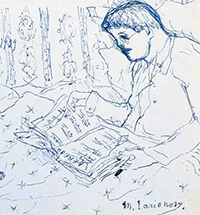 December 2004 saw the opening of a new exhibition in Groningen, Holland, “Working for Diaghilev”, which brings together Russian and European works from foreign, as well as Russian art collections. Aptly named, the exhibition not only showcases “World of Art” and Russian Seasons material, but also sheds light on Diaghilev's entourage with portraits of artists, composers, choreographers, wealthy patrons and performers. It includes sketches made by the artist Mikhail Larionov in 1915, the result of working with Diaghilev in Switzerland, which have never previously been exhibited. Together with Larionov's book on Diaghilev, these graphic memoirs create yet another original image of the eminent Russian impresario. This account of Diaghilev's life by one of his closest colleagues is all the more interesting for its obviously personal bias. 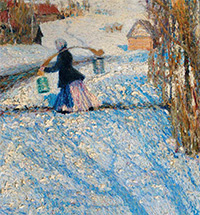 The idea of the "Russian Munich" project has developed only recently - and spontaneously - in conversations between art critics and artists. Until that moment art history did not know any such notion, although the theme itself, of cultural ties between Russia and Germany, had its own historical background in both countries. 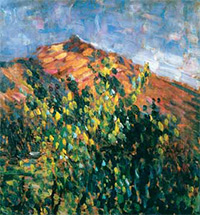 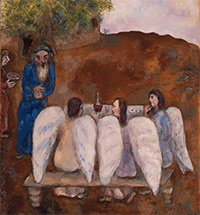 Named after a painting created by the artist in 1953, the major Chagall retrospective exhibition "Bonjour, Patrie!" will run at the Tretyakov Gallery between 25 February and 29 May 2005. 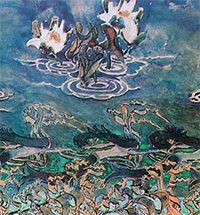 Conversation with Nature in Abramtsevo

The Abramtsevo circle of artists was formed in the last third of the 19th century. It grew up around the wealthy manufacturer and patron of the arts Savva Mamontov, and came to include such artists as Ilya Repin, Vasily Polenov, Viktor and Apollinary Vasnetsov, Mark Antokolsky, Valentin Serov, Konstantin Korovin, Yelena Polenova, Mikhail Nesterov, Ilya Ostroukhov and Mikhail Vrubel. Active in many areas such as painting, sculpture and graphic art as well as drama, architecture, decorative and applied arts, the group received wide acclaim. 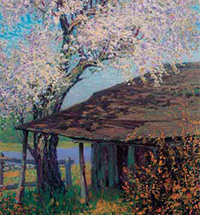 Everything was destined to be called "new" in the New World – New York, New Hampshire, New Jersey, not to mention New England and New Britain. To balance all this newness something needs to be old as well, like Old Lyme, where the Florence Griswold Museum – a landmark institution of Connecticut – is located. The Museum is also called the "home of American Impressionism" as a great many of America’s Impressionists enjoyed the warmhearted hospitality of the really vivacious Miss Florence Griswold. Her home became their home from 1899, when she opened the doors of her late Georgian mansion to artists. Soon a boarding house was turned into an artists’ colony centered around Miss Florence – "a born hostess, with that lovely air and remarkable gift of making her guests feel that it was their home, and she was visiting them". That was how Arthur Heming, the artist who was a member of the colony for ten years, described his impression of Florence Griswold in his book "Miss Florence and the Artists of Old Lyme." It was she who managed to make the brotherhood of artists a most famous summer art colony in America. 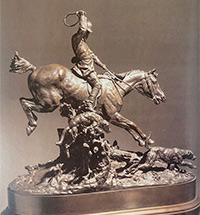 Sculpture is known to have gone out of fashion in Russia in the late 19th century: a reaction towards realistic trends with their worldy principles and everyday subjects, against the academic arts of previous periods, encouraged painting rather than sculpture. As a result, the sculpture of the time came to be lacking in its sense of material, in an attractiveness of the plastic means, as well as in a wholeness and completion of form. The specific language of sculpture needed other subjects, different from the simple narrations of realistic art. 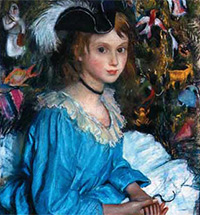 The First Ten Years of the Museum of Private Collections

The holdings of almost every famous international museum have been formed on the basis of private collections. Through the second half of the 19th century – the period in which state museums were “born” – private collections were “dissolved” into larger academic museum exhibitions, a dominant tendency which seemed only natural at the time. Following Russia's 1917 revolution, the tendency was only enhanced, receiving a new and powerful impulse. Private collections were broken up and absorbed by the State Museum Fund; thus, particular collections became an integral parts of others. Even if an individual collection was preserved in its entirety in a museum it was in some way adjusted for the sake of some principle of “higher order”. 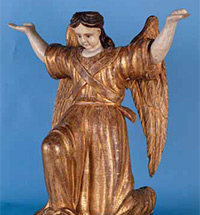 150TH ANNIVERSARY OF THE TRETYAKOV GALLERY

Acquisitions over the Last Decade

The central mission of the Tretyakov Gallery today remains undoubtedly its role as a treasury and promoter of Russian art. Still, another task – that of growing and updating the collection – is no less important. Purchasing new works, or acquiring them by other lawful means, keeps the museum's employees both restless and resourceful. 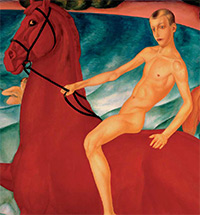 The idea of writing these notes came up in anticipation of the “In the Russian tradition.” exhibition, due to open at the Smithsonian Institute in Washington, DC in December 2004. The collection to be shown in Washington and later in Minneapolis, at the Museum of Russian Art (TMORA), features Russian paintings from the period of 1900 through to the 1970s, from both the Tretyakov Gallery in Moscow and the Minneapolis collection. 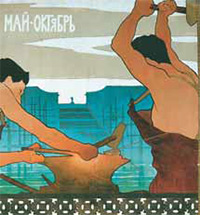 The “Objectivity of Utopia”. THE HISTORY OF THE RUSSIAN POSTER

The art of the poster, and its history in Russia and the Soviet Union, has been the subject of a 12-year-long research project undertaken by the Lotman Institute of Russian and Soviet Culture at Ruhr University in Germany and the Russian State Library. Their joint effort culminated in a monograph accompanied by a DVD; the German version was brought out in 2002, while its Russian equivalent appeared in Russia in 2004. Finally, an exhibition was held in the Folkvang Museum (Essen, Germany) in 2003, an abridged version of which, now on display in the State Central Museum of Russian Contemporary History in Moscow, is the crowning touch for the project. The Moscow exhibition is it coincides with the publication of the Russian version of the book. 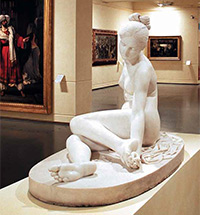 The “Scuderie del Quirinale” in Rome is presenting the first half of a major exhibition “From Giotto to Malevich – Mutual Admiration” that is a highlight of a joint programme “Russia and Italy: A Relationship over the Centuries”. The show, which from February 7 will be on display in Moscow at the Pushkin State Museum of Fine Arts, has been organised by major museums in both countries, with support from the Ministries of Culture and Internal Affairs of both Italy and Russia.