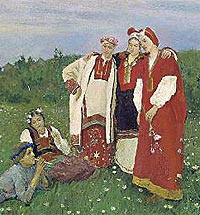 Konstantin Korovin: His Paintings and Theatre Work at the Tretyakov Gallery

November 23 (December 5, in the "New Style") 2011 was the 150th anniversary of the outstanding Russian painter of the late 19th-early 20th centuries Konstantin Alexeevich Korovin (1861-1939). In anticipation of this momentous anniversary, the Tretyakov Gallery and the Russian Museum in St. Petersburg agreed to team up for a project in which each party organised a Korovin exhibition so that the two shows would share essential elements but vary in details: the two museums, the main keepers of the great artist's legacy, exchange his best works but each presents its own version of the exhibition and prepares its own publications to accompany it. 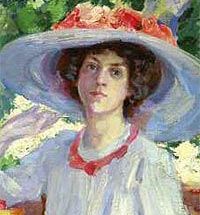 Portraits of the Friends of Konstantin Korovin

The genre of the portrait was not essential in Korovin's work, and most of his portraits are images of people who were important in his life, especially in his artistic life. Among them are Vladimir Arkadievich Telyakovsky, director of the Imperial Theatres, his wife Gurly Loginovna Telyakovskaya, the internationally famous singer Feodor Chaliapin, and the actress Nadezhda Ivanovna Komarovskaya — all were Korovin's close friends, and like him devoted many years of their lives to theatre. 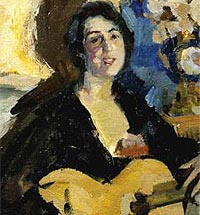 "We all come from our childhood," believed Fyodor Dostoevsky, and his statement is very applicable to the life story of Konstantin Korovin. The artist was born into a merchant family, once prosperous but completely ruined after his grandfather's death and therefore downgraded to the middle class. As a child, he did not immediately realise this and felt the family's tragedy, and was very glad when his parents had to move from a comfortable town house to a Moscow suburb where his father had found a job. Left to his own devices, he would spend the whole day hunting with his new friend Dubinin, his favourite dog Druzhok and a shot-gun offered to him by his father. Later, after returning to Moscow and joining his brother Sergei at the School of Painting, Sculpture and Architecture, Korovin would continue to remember his life in the countryside, wishing to return there one day. 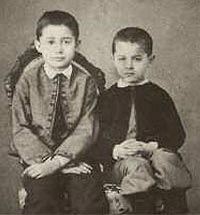 The Yellow Plums of Childhood

The great Russian artist Konstantin Alexeevich Korovin, a master of colour and a pioneer in scenography and theatrical scene painting, was born 150 years ago in Moscow, in the suburb of Rogozhskaya. He tried his hand in all artistic genres, and at the end of his life, after his emigration, Korovin also became famous as a writer. As his contemporaries described him, Korovin was a charming jolly fellow, welcoming and hospitable, generous in his nature, an amazing storyteller, the life and soul of any party, and a witty raconteur. 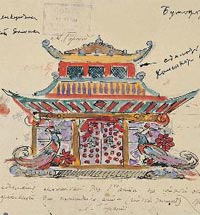 Konstantin Korovin and His Workshop at the Bolshoi Theatre 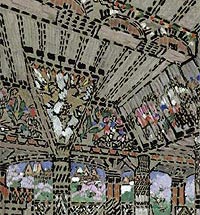 “This poor opera by Rimsky-Korsakov has been through so many ordeals! It turned out that it was not easier for the cockerel to go through theatre censorship than for a camel to go through the eye of a needle. It has lost so many feathers and so many colours...” That is how a contemporary in 1909 commented on the difficult staging of the opera “The Golden Cockerel” by Nikolai Rimsky-Korsakov 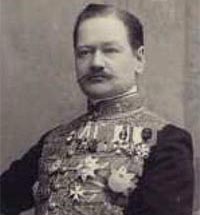 The "Telyakovsky Gallery" in Almaty

The collection of Russian art at the Abdylkhan Kasteev Art Museum in Kazakhstan includes many unique works; some of them are worthy of special attention, as their importance lies not only in their artistic value but also in the story of their creation and "journey", as well as their relation to the artistic development of the country. Among them are two portraits by Konstantin Korovin, which are presented at the anniversary exhibition of the Russian artist at the Tretyakov Gallery on loan from the Kazakh museum. 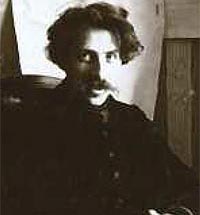 The title of chapter six of "My Life in Paris" from the memoir of Ivan Mozalevsky, a well-known artist and draughtsman (the original is kept in the Manuscript Department of the Tretyakov Gallery) tells the story of the complicated relationship between Korovin and Ivan Kreitor. The excerpt published here describes dramatic events in the life of the outstanding Russian artist Konstantin Korovin, including the loss of his works that he had specifically selected for a personal exhibition at a time when his life in immigration was difficult both financially and emotionally. 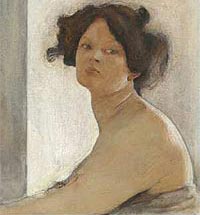 Valentin Serov. The Line of Life

Valentin Alexandrovich Serov (1865-1911) is a key figure in Russian art of the late-19th and early-20th centuries. The general public knows him first of all as a painter, although his graphic talent was appreciated even by his contemporaries. " Serov the graphic artist may be even more powerful than Serov the painter," wrote Igor Grabar. The exhibition "Valentin Serov. The Line of Life," on view at the Tretyakov Gallery from December 2011 until May 2012, traces the great artist's trajectory through his works held at the Tretyakov Gallery's graphic art department — many of which have not been publicly displayed before. 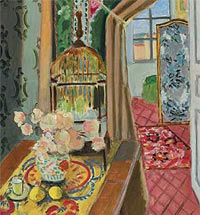 The New York Jewish Museum's show last year, "Collecting Matisse and Modern Masters: The Cone Sisters of Baltimore", proved breathtaking. The exhibition displayed only a small part of what has been called "a collection of collections" of exquisite paintings, graphic works, prints, sculpture, furniture, embroidery, rugs, and textiles. But the core of the collection, its pride and glory, is Matisse, whose portraiture, still-lifes, sculpture and landscapes were on view. The exhibition told the fascinating story of the two sisters who, led by a female instinct for buying beautiful and often useless — or at least unnecessary — things, developed a perfect taste for genuine art and became distinguished collectors of 19th- and 20th-century modern European art. "A thing of beauty is a joy forever," wrote the British poet John Keats, and once the Cone sisters had experienced the joy of art, they cherished this sublime feeling throughout their lives. 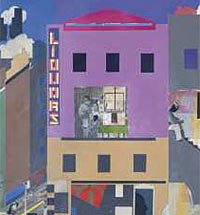 In 2011, in celebration of the centenary of Romare Bearden's birth, the Metropolitan Museum of Art in New York featured one of the artist's largest and most important work of art, the mural-size collage "The Block" from the museum's collection. 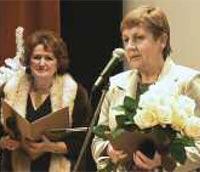 150 Years Younger Than the Tretyakov Gallery

2012, a year rich in anniversaries, will finish with yet another memorial event, the 180th anniversary of the birth of Pavel Mikhailovich Tretyakov — the extraordinary individual who created the opportunity to come to a national art gallery and to evolve, thanks to it, into "a more Russian, more learned, freer individual". 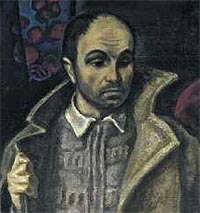 On 9 March 2012 Viktor Popkov, who died tragically early in November 1974, would have marked his 80th birthday. A graduate of the Surikov Art Institute, Popkov became one of the brightest and most remarkable artists of his generation, and his name and work has a permanent place in the history of the fine arts of the mid- to late-20th century.