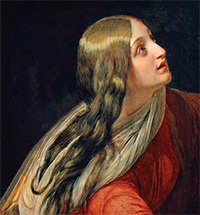 The Enigma of Alexander Ivanov. Bicentenary of the Artist

"Ivanov is a real enigma. On the one hand, is there a Russian who doesn’t know him? And on the other, no one among the Russians know him." These words, written by Sergei Diaghilev early in the 20th century, can be repeated today, as the country marks the 200th anniversary of the artist’s birth. 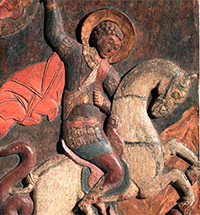 It is significant that the year of the 150th anniversary of the Tretyakov Gallery has witnessed the realization of the long-planned "Russian" cultural project of Intesa Bank, as the exhibition "Wood Sculpture from the Russian Territories, from Ancient Times to the 19th Century" opened in Italy. The Tretyakov Gallery is displaying the best part of its collection there for the first time. 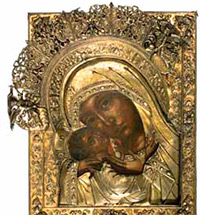 Philanthropy and Patronage. New Additions to the Collection 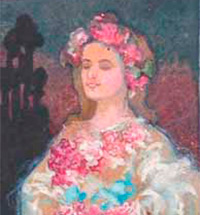 The eleventh issue of the journal Experiment is a collection of articles on Pavel Filonov edited by Nicoletta Misler, Irina Menshova and John E. Bowlt. Published in Los Angeles in 2005, this issue is dedicated to the memory of Evgeny Kovtun (1928-1996), who devoted his life to the study of modern Russian art and to the art of Pavel Filonov in particular. 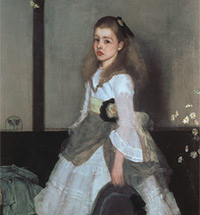 Early in the 1990s a professor from Simon Fraser University in Canada, Evelyn Harden, was working in the Tretyakov Gallery archives. Preparing for the publication of the journals of James McNeill Whistler's mother, she requested help in searching for information about the artist's Russian mentor, Alexander Koritsky. It was Evelyn Harden who drew my attention to a little known but important fact in Whistler's biography - the years he spent in Russia, the country that this unconventional individual, with a penchant for "deliberate pranksterism" and hoaxes, called the cradle of his talent. As a researcher of the international contacts associated with Russian art, I became interested in the subject of Whistler and Russia because of its apparent impossibility. Fifteen years later this project has materialized in the exhibition "Whistler and Russia" which is to be held at the Tretyakov Gallery from 7 December 2006 to 15 February 2007. It will be one of the most remarkable events in the international programme celebrating the Tretyakov Gallery's 150th anniversary. 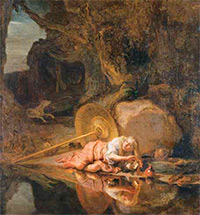 Master Over the Centuries The Anniversary of a Great Dutchman

For well over three centuries, Rembrandt van Rijn has continued to inspire and enthral viewers with his remarkably astute, wise and philosophical portrayal of mankind and its surrounding world. Each successive generation has developed its own unique understanding of the great artist’s style and imagery, based on its own cultural and spiritual experience. Re-discovering and re-interpreting his work afresh, every generation has, in a sense, created “its own” Rembrandt. In the Soviet Union, a number of exhibitions were held to mark anniversaries of the Dutch genius: 1936, 1956 and 1969 saw such events open in Moscow and St. Petersburg (then Leningrad). Since the last of these, however, almost 40 years have passed, and the wealth of new material published by specialists during this period clearly requires us to take a fresh look at the immortal works of the master and his pupils. The time has come to re-examine the legacy lovingly preserved in a number of countries, and to re-assess with greater objectivity the place it occupies in the history of world artistic culture. 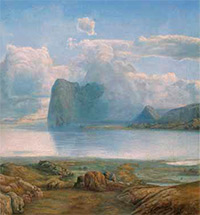 A Space for Innovative Encounters: The National Museum of Art, Architecture and Design, Norway

World museums have faced new challenges at the beginning of the 21st century - they have to find adequate solutions and new opportunities for financing and fundraising, and improve management systems. On this question the experience of the original and successful development of Norwegian museums is extremely valuable. 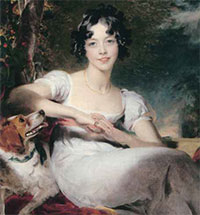 Summer in Switzerland. Masterpieces from the New York Metropolitan Museum of Art at Martigny

By lending 50 masterpieces of Western European art to the Fondation Pierre Gianadda the world-famous Metropolitan Museum is sending out a clear message: it trusts the foundation implicitly. The memory of the mysterious story (with a happy ending) when the collection of French paintings from Moscow’s Pushkin Museum of Fine Arts was arrested after the closure of the exhibition remains fresh in the minds of many. At the time, some Russian journalists and museum officials said in no uncertain terms that the Swiss partner did not quite live up to the standards of the Pushkin museum. 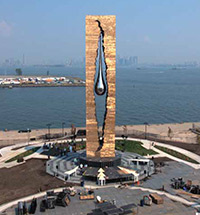 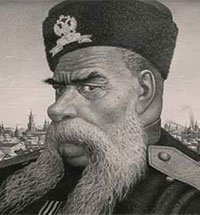 A Valued Quartet. The 250th Anniversary of the Russian Academy of Arts

The display of works by Russian painters held in the exhibition halls of the Russian Academy of Arts on Prechistenka Street in Moscow, in anticipation of its jubilee, further develops the tradition of exhibiting the achievements of modern Russian artistic culture. A succession of personal shows of three corresponding members of the Academy, Vyacheslav Zhelvakov, Vasily Nesterenko, and Dmitry Sandzhiev, and that of Anatoly Lyubavin (who has yet to receive this honorary title) were held from March to October and received public attention and appreciation. 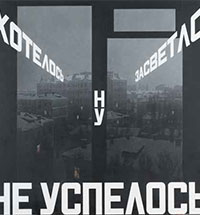 Eric Bulatov in the Tretyakov Gallery

The entire artistic heritage of Eric Bulatov is being showcased in a landmark exhibition, made possible due to fruitful co-operation of the Tretyakov Gallery and the Cultural Foundation “Ekaterina”, and financial support of NCP GOC “Stroyteks” and OJSC “Surgutneftegas” and Fond “Novi”. Exhibiting a major Russian painter who has achieved distinction over the last 40 years, the result is nothing less than an international sensation. 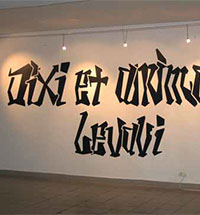 Russian culture, especially Russian literature is certainly popular in Germany - but in the publishing field actually constitutes less than 3 % of all translated books. 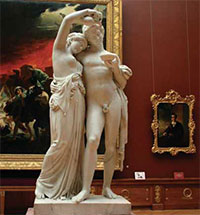 The “Museums in Russia” Internet Portal - 10 Years on the Web

It might be naive to call it a jubilee, though such figures do tend to have some magic influence on people’s mind, and there’s a tradition to review the work done as such round dates approach. The internet portal “Museums in Russia” www.museum.ru started in 1996, so it is still early to summarize its activity, but the results achieved during these years deserve mention. 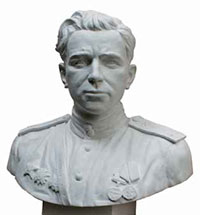 The third all-Russian competition for young figurative artists has reached its culmination, with hundreds of painters, sculptors and graphic artists from all the major Russian art schools and colleges competing for the right to be displayed in the main building of the Tretyakov Gallery. The competition jury, made up of leading researchers from the Tretyakov Gallery and the editorial board of “The Tretyakov Gallery” magazine and headed by the vice-president of the Russian Academy of Arts Tair Salakhov, selected 47 works for a one-week show that was open to the general public.