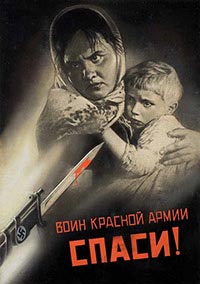 ON THE 65th ANNIVERSARY OF VICTORY DAY

Memory and Glory - Soviet Art of the Great Patriotic War

The experience of the Great Patriotic War found a crucial place in the heritage of Sovietera art. As a theme that continues to stir strong feelings in Russian society to this day, its existential conflux of tragedy and triumph on a personal level overlapped with official interest in the subject, considered a crucial one for cultivating patriotism and political stability in Soviet society. Accordingly, warthemed art combined deeply personal motivations with levels of opportunistic ambition, something that determines both its variety and quality. 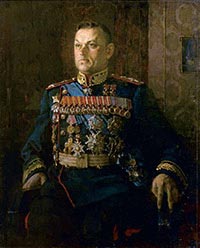 ON THE 65th ANNIVERSARY OF VICTORY DAY

Pyotr Kotov - A Resolute Witness of His Times

Pyotr Ivanovich Kotov (1889-1953), an Honored Art Worker of the RSFSR, full member of the Soviet Academy of Fine Arts, winner of the Stalin prize and a full professor, lived and worked in the late 19th and the first half of the 20th centuries - a time of historical and cultural seachange in Russia. He honestly and earnestly lived his life and became a true witness of his times, his work receiving numerous awards, and his pictures held at the Tretyakov Gallery, the Russian Museum, and many galleries and museums across the former USSR. Historians and art scholars have differing opinions about the turn of the tide that happened in our homeland - but no one has the right to blame the artist for the fact that it befell him to have been born and have worked in so momentous an age. 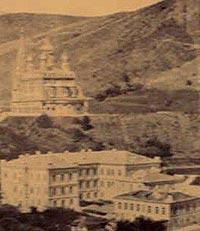 The 175th anniversary last year of the birth of Sergei Mikhailovich Tretyakov (1834-1892) saw the publication of several works focused on the life and activities of this collector and patron of arts, public benefactor and community leader, who was chief of the Moscow city administration. These works not only summarized previous scholarship but also brought to light new facts, and one might think that all the accomplishments of this outstanding individual are now well known. However, even today we continue to learn about the younger Tretyakov brother, and his good deeds that remained in oblivion for more than a century. It transpires that many of the remarkable events of his life are known neither to experts nor to art aficionados. One such example is Sergei Tretyakov’s participation in an important project linking two nations, Russia and Bulgaria. 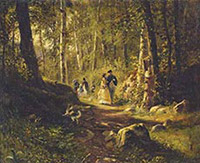 IVAN SHISHKIN’S OTHER GENRE. The story of a search - and its findings

The artistic legacy of outstanding Russian painters such as Vasily Surikov, Viktor Vasnetsov and Ilya Repin - and another master from the same tradition, Ivan Shishkin - seems to have been studied, explored and expounded so thoroughly that, to use Shishkin’s words, “everything has been learned, and there is no more learning to be done”. However, museum researchers sometimes enjoy unexpected encounters with works by these masters that have been long forgotten and/or believed lost, or have a style unusual for them and here is the story of our search and findings. 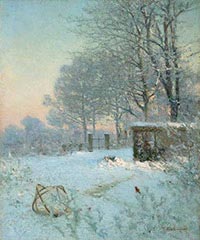 “His distinctiveness... is intact”

The solo show of Ivan Pavlovich Pokhitonov, titled “Artist the Sorcerer”, dedicated to the artist’s 160th anniversary, is being held at the Tretyakov Gallery in the “Year of France in Russia”, and its mirror event, “Russia in France”. Although unplanned, this overlap is extremely natural. It would be hard to find another artist of the second half of the 19th-the early 20th centuries whose oeuvre reflects Russo-French connections as naturally as Pokhitonov. 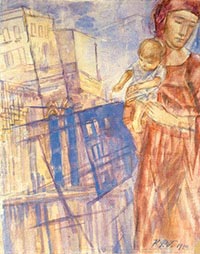 Collecting artwork is a passion - one which can develop in many different ways. Private collections become themed collections, then later part of a museum or museum holding. Thus, the Tretyakov Gallery was initially the private collection of Pavel Mikhailovich and Sergei Mikhailovich Tretyakov; equally, the holdings of the Museum of Private Collections originated from several private collections put together by famous individuals. Valery Dudakov, one of the most influential Russian collectors - respectfully called “Patriarch” by his fellow art lovers - has plans to transfer his collection to this museum. Employed as an expert by the auction houses such as Sotheby’s, Christie’s and Phillips, he has written two books and dozens of articles about both artists of the first third of the 20th century and nonconformist artists, and made five films. 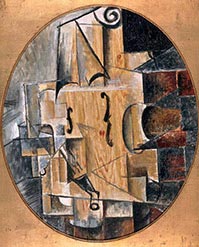 The Museum of Fine Arts in Bern has devoted an important exhibition to Swiss artist Rolf Iseli, presenting paintings, objects, sculptures and prints that survey the artist's 50 years of work. Arranged in thematic groups the works show the explosive energy of an outstanding artistic life -Iseli's main subject is man and his natural environment.

Last December Venice paid homage to Zoran Mušič (1909-2005) with an exhibition, “Estreme figure”, commemorating the centenary of his birth. Hosted by the Istituto Veneto di Scienze, Lettere ed Arti, it saluted an artist of international standing, viewed as one of the key figures of the 20th century, who hailed from Dalmatia and became Venetian by adoption. With an oeuvre spanning almost the whole of the last century, his austere, minimal style is indicative of a process of paring things down to their essence. The city on the lagoon proved a source of inspiration and constant point of reference for the artist throughout his career, as a place of fusion between East and West.