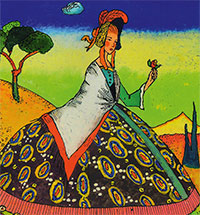 In 2016 the art world celebrated the 150th anniversary of the birth of Wassily Kandinsky (1866-1944). In Russia, the country where Kandinsky, the founder and theoretical architect of abstract art, was born, this was marked by a number of exhibitions in the country's major museums, as well as international conferences hosted by the leading Moscow higher educational institutions. 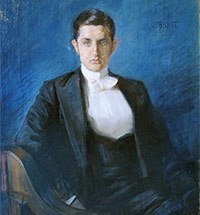 Léon Bakst and the Writer: of the Russian Silver Age

A prominent artist of the Silver Age of Russian culture, Léon (Lev Samoilovich) Bakst was also a notable figure in the literary community of his time. He was acquainted with, or a friend of many writers and poets whose portraits he painted and whose books he illustrated. 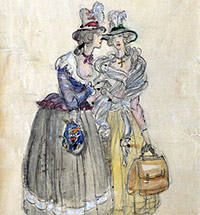 Alexei Shchusev and the Stage

Much has been written about the famous architect Alexei Shchusev, whose career flourished both before the Russian Revolution and during the Soviet era. We have Shchusev's own memoirs as well as the remembrances of his family and friends, while the architect's versatile achievements have been well documented by scholars. However, his connections with the theatre and his work as a stage designer - such as on the 1926 Moscow Art Theatre production of "The Sisters Gerard" - are much less known. 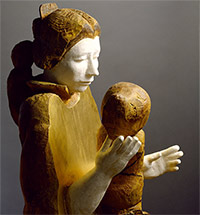 From November 2016 to February 2017 the Tretyakov Gallery presented an exhibition of the exceptional sculptor Adelaida (Alla) Pologova (1923-2008), the Tretyakov's first solo show of the sculptor's works and the first museum exhibition since Pologova's death almost a decade ago. The exhibition "... And Keep My Trace Intact" presented 47 sculptures created throughout a career that lasted for half a century, from 1956 to 2006, of which 23 came from the Tretyakov Gallery's definitive collection of Pologova's work, and 24 from the Moscow Museum of Modern Art and private collections, including that of the sculptor's family. 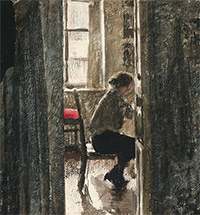 The Housing Question*. Interior Scenes in Soviet Graphic Art from the 1920s to the 1980s

Depictions of everyday life - showing people engaged with their usual activities, in their accustomed home surroundings - have long been common in world art. In 20th century Russia, however, attitudes towards domestic life - byt, in the general Russian word - and indeed towards the concept of the home itself, underwent dramatic shifts. In the past, the home had been seen as a safe, contained space, offering its inhabitants comfort, warmth and a sense of safety. However, following the cataclysmic upheavals of the early 20th century, the radical ideology that took over in Soviet Russia sought to portray the comforts of home as pernicious for those who belonged to the new social order: this “counter-force” governed everything from home furnishings to Mayakovsky’s otherwise blameless canaries. 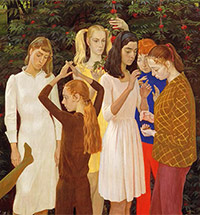 Dmitry Zhilinsky (1927-2015) is rightly considered a key figure in the history of Russian art. His unique artistic method emerged as a truly extraordinary reflection of its time and provided a new direction for the Soviet school of painting for decades to come. When, soon after he painted them in the mid-1960s, Zhilinsky first showed his "Group Portrait of Student Sculptors", "By the Sea. Family", and particularly "Gymnasts of the USSR", he was acclaimed as one of the principal innovators among Soviet artists of his time. 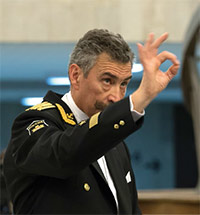 From left: Nadezhda Okurenkova, Yevgeniya Ilyukhina, Svetlana Pleshivtseva;
On November 26 2016, the "Tale of the Ocean" concert was given by the Rimsky-Korsakov;
On December 12 2016, the Tretyakov Gallery opened in its Vrubel Hall the exhibition “Nadezhda Zabela-Vrubel in the Art of Mikhail Vrubel” dedicated to the 160th anniversary of Mikhail Vrubel’s birth;
The Pavel Tretyakov Award for museum employees has acquired a new status.