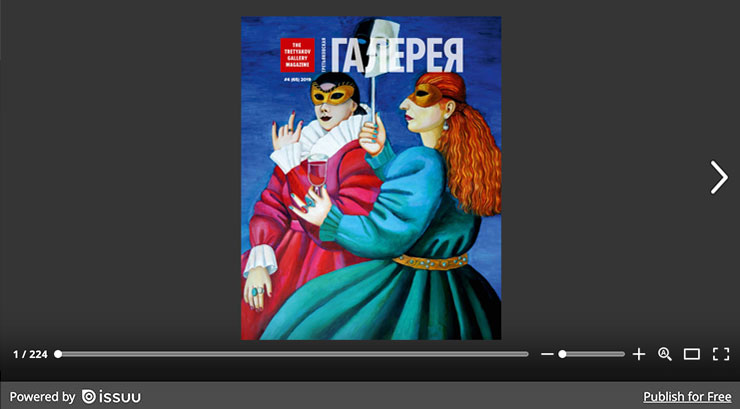 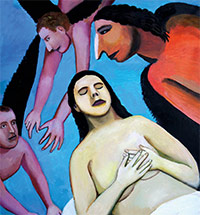 A LIFE IN ART

An Artistic Triumvirate. The dramatic and festive image of Russia in the work of Tatyana Nazarenko and Alexei and Igor Novikov

Tatyana Nazarenko, Alexei Novikov and Igor Novikov are members of the Russian Academy of Arts, their artwork reflecting the momentous, transformative processes, trends and events of Russian art of the closing 20th and emerging 21st century. They share a creative credo, artists of European calibre who are entirely rooted in Russian culture: their art represents the many dimensions of Russia, etching out the contours of the modern world. 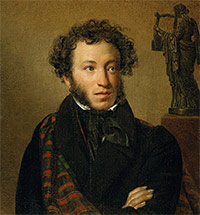 Pushkin in Portrait. “Like the memory of first love, you will forever stay dear to Russia’s heart…”

To mark the 220th anniversary of the birth of Alexander Pushkin in 2019, Moscow’s Pushkin Museum (the State Museum of A.S. Pushkin) staged an unprecedented exhibition of portraits of the great Russian poet. It brought together more than 300 works from Russian museums and galleries, both images created in the poet’s lifetime and works made after his death. 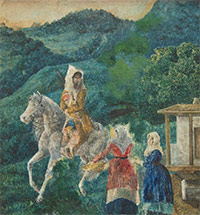 Lermontov in Landscape. An issue of attribution relating to two watercolour landscapes among Mikhail Lermontov’s memorabilia from the poet’s Pyatigorsk museum

One of Russia’s oldest museums devoted to literature, the Lermontov Museum in Pyatigorsk was established in 1912 in the house where Lermontov spent the final months of his life and wrote his last poems. The famed “Lermontov House” itself has been preserved exactly as it was during the poet’s lifetime, while the museum itself currently consists of several sections situated in the four old estate houses on its compound. 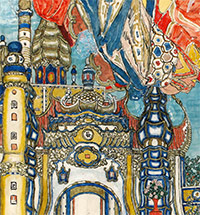 Staging the Future. Meyerhold and Golovin’s lost production of “The Nightingale”

On the evening of May 30 1918, opera lovers in Petrograd gathered at the Mariinsky Theatre to attend the Russian premiere of Igor Stravinsky’s “The Nightingale” (Le Rossignol/Solovei').[1] The audience dodged gunfire in the streets to make their way into this jewel box of Russia’s former Imperial Theatres, and what they witnessed on its stage that night was a painful reminder of their own collapsing social world: a satiric fairytale about a dying emperor, surrounded by fawning, buffoonish courtiers and an agitated populace. That Stravinsky’s emperor is saved, at the eleventh hour, by the healing power of art - metaphorized as the song of a nightingale - must have served only to underscore the destabilizing dread of their own recently deposed emperor’s uncertain future: imprisoned at the time of the opera’s Russian premiere, the Imperial family would be executed just six weeks later. It wasn’t merely an unfortunate play of resemblances that jarred. The highly experimental production, directed by Vsevolod Meyerhold and designed by Alexander Golovin, featuring an enormous cast which included the 14-year-old dancer Georgi Balanchivadze (George Balanchine), seemed to play deliberately on tensions between a fading past and an uncertain future, and between fiction and reality. 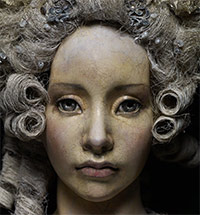 Alexandra Khudyakova. "Love dolls like the Queen loved them"

The relatively new art of doll making has developed in a short space of time into a scintillating new form, combining aesthetic elements adopted from a range of older artistic genres with decorative attributes drawn from a wide perspective of history. This young form has reached a concentration of perfection in the work of Alexandra Khudyakova, an artist who creates a cornucopia of visual riches, one which can be as elaborate in its detail as it remains tantalizing and allusive in meaning. 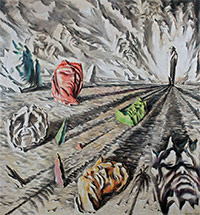 Andrea Granchi. Heir to the varied artistic traditions of Florence

An Academician and for many years a professor at the Accademia di Belle Arti di Firenze (Academy of Fine Arts of Florence), Andrea Granchi inherited his profession from his ancestors. Natives of Tuscany, his father, grandfather and great-grandfather lived and worked in Florence, where they were among the few craftsmen skilled in woodcarving, as well as gilders and restorers of fine art, both classical and contemporary, frames and furniture. 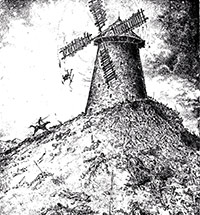 Tears and Smiles in the Graphics of Igor Smirnov

The acclaimed artist-caricaturist Igor Smirnov marked his 75th birthday this year with an exhibition that ran through July 2019 at the Russian Academy of Arts. Titled “This Is Us!”, the show brought together some 80 of his caricatures and graphic works, including pieces drawn from his renowned series “All About Don Quixote” and his recent “Ship 1” and “Ship 2”. 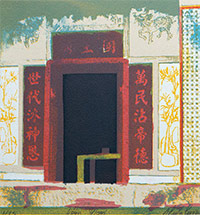 The Print Exchange. Reflections on a shared artistic experience

The exhibition “The 20:20 Print Exchange” took place in Moscow in August 2019, the most recent instalment of an international programme that has been coordinating an exchange of prints between international graphic artists for over a decade now. Russia first took part in the forum in 2018, and 20 artists from the Moscow Print Workshop participated in the new exhibition project, which brought together graphic works from 577 artists in all, representing some 41 studios. The variety of forms submitted - including woodcut, lithography, metal engraving, silk-screen printing and linocut - was matched by an intensive educational programme.

The presentation of the 65th issue of The Tretyakov Gallery Magazine