Special issue. SPAIN–RUSSIA: ON THE CROSSROADS OF CULTURES 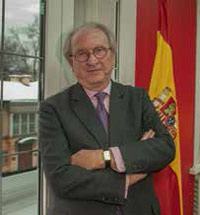 Greeting of Jose Ignacio Carbajal, the ambassador of Spain to the Russian Federation

This issue of the prestigious "Tretyakov Gallery" Magazine that you are about to read or leaf through is the fruit of a joint endeavour on the part of some of the finest Russian and Spanish scholars. Indeed, some of the first and foremost authorities, from the Tretyakov Gallery itself, but also from the Pushkin Museum of Fine Arts and the Russian Academy of Arts, together with their Spanish colleagues from equally renowned institutions, have joined together in order to bring to fruition this special issue dedicated to Spain. It sees the light under very special circumstances, those of the Dual Year devoted to the Spanish Language and its Literature in Russia and its corresponding Russian year in Spain. 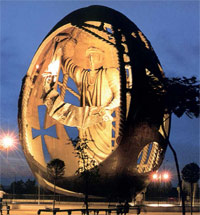 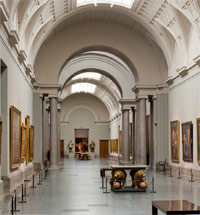 Any museum, especially a national museum, is also a history book. We enter it to contemplate the individual works it holds: to enjoy and, to the degree we can, understand them individually. But a museum also has its own melody in addition to the individual notes, and to comprehend that single entity, composed from objects that are often widely divergent, is to understand a piece of history. Not only, not even mainly, about the artists' history but rather of the people who looked at them, then organized and arranged the works. The museum's sensibility comes into play in that history, and with that the circumstances surrounding it, the society, its government and political elements, its faith and beliefs, and perhaps also the ways in which those beliefs have changed. The impulse behind collecting and the forms of displaying each period are children of their time and, as such, museums bring that time-stamp with them. 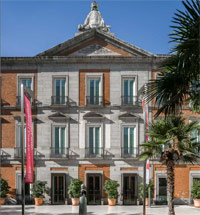 THE THYSSEN-BORNEMISZA MUSEUM. A journey through the history of art in the centre of Madrid

The English King Henry VIII, as portrayed by Hans Holbein, lives alongside a Picasso harlequin in the same palace in the centre of Madrid. Canaletto's Venice landscapes mingle with street scenes of Berlin created by Grosz, while self-portraits by Rembrandt and Lucien Freud share the walls. The "Portrait of Giovanna Tornabuoni" by Ghirlandaio and Lichtenstein's "Woman in Bath" offer different visions of serenity, as Caravaggio's "Santa Catalina" and "Santa Casilda" by Zurbarán try to match one another in holiness. Famous faces by Hopper with El Greco, or Matisse with Cézanne take in the scene. 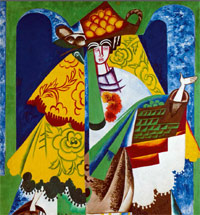 Goncharova's discovery of Spain, through a journey undertaken with her husband Mikhail Larionov in 1916 on the invitation of Sergei Diaghilev, would profoundly influence the artist's work, marking both her painting and her frequent ballet and theatre design projects. 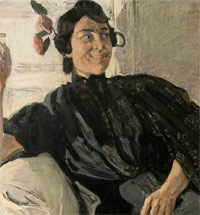 "Golovin visited Spain only three or four times - less than France, Germany or Italy, to which he travelled in the years before World War I almost every year. But Spain became something of a poetic homeland for the artist, and a lasting source of inspiration for him. Golovin studied the Spanish language, knew the country's history, literature, music and art very well... [The works he painted on Spanish themes and his theatrical productions involving Spanish motifs] can only be termed 'genre' works in the loosest sense, rather they are painting-remembrances, painting-fantasies, in which Golovin expressed his painterly view of Spain, and his feeling for the Spanish national character." 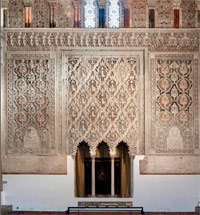 This panorama of the museums of Spain focuses on collections that represent a true symbol of the country's identity. In a wonderful way museums bring back to society that which society itself has created, reinterpreting and re-presenting the best of a nation's "personality" through the objects that have endured as a testimony of its history. This journey through some of Spain's most notable Fine Art museums, especially those outside Madrid, allows us to delve deep into Spanish culture and character. 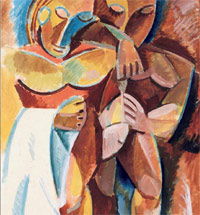 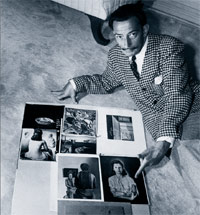 DEDICATION TO A GENIUS*

Many a creative genius of 20th-century art was overshadowed by the two great Spaniards - Salvador Dali and Pablo Picasso. Nobody was discussed, disputed or written about as much as they were; no other artist's work was covered as extensively as that of these two titans in books, albums, brochures and articles. 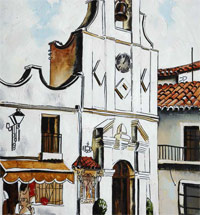 There are few places outside Spain itself where people have as deep and thorough an appreciation of Spanish culture, literature, drama, fine arts, cinema, philosophy and aesthetics as in Russia. As for the visual arts, some remarkable scholarly publications by Russian historians, art experts and critics dedicated to the masters of Spanish painting and drawing deserve to be particularly remembered. Among them are Igor Golomshtok's and Nina Dmitrieva's monographs on Picasso, Oleg Prokofiev's works on Goya's prints, Alexander Yakimovich's works on the portraits of Velázquez, as well as the first monograph on Salvador Dali's art published in Russian, "Salvador Dali: Myths and Reality" by Alexander Rozhin - the former King of Spain Juan Carlos honoured that work with a special acknowledgement - and many other equally worthy publications. 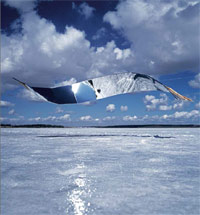 AND THE WHITE SNOW AS A CLEAN SHEET OF PAPER

Shortly before the Christmas and New Year celebrations, a show of Francisco Infante and Nonna Goryunova titled "Snow Meridian" opened at the Krymsky Val building of the Tretyakov Gallery. It is mounted in a special project section, which is the final stop in the enfilade on the upper storey housing the permanent exhibition "20th-century Art" and also serves as an entry to the section of the newest art trends located on the first storey. The borderline position of the exhibition space - between modern and contemporary art, tradition and experiment - determines the context framing the contemporary artists' exhibition as a part of the personal shows programme. The choice to present Francisco Infante's work as part of the Tretyakov Gallery's special projects programme is not accidental. Infante, who is known for breaking the basic conventions of art and crossing its accepted boundaries, shows us the harmony of creation through new forms and technical solutions; today, he is an acknowledged master. A Spaniard who grew up and lives in Moscow, Francisco Infante is one of those artists whose work defines today's art. 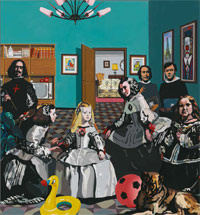 There must have existed some moment, all but forgotten now, when the expression "contemporary art" was still capable of alluding to a particular historical reality in the art world. That reality would have provided a sufficiently natural link of continuity between the ancient and modern historical - artistic account with a new chapter. But today we know - and above all feel - that contemporary art (and the idea of the "contemporary" in general) can no longer be just another episode in the wider story, despite the fact that museums and historians find their raison d'être in this "narrative inertia".