A Space for Innovative Encounters: The National Museum of Art, Architecture and Design, Norway

World museums have faced new challenges at the beginning of the 21st century - they have to find adequate solutions and new opportunities for financing and fundraising, and improve management systems. On this question the experience of the original and successful development of Norwegian museums is extremely valuable.

In Anna Uryadnikova’s interview, the museum's head of information Atle Faye tells readers of the "Tretyakov Gallery" magazine about its activity, results and plans for the future.

A.U.: To begin with could you tell us why the four independent museums were merged into one, split-function organization with four different exhibition venues?

A.F.: The decision to merge the old museums was taken by the Norwegian parliament. Their vision was to create a new museum with greater versatility and greater potential for major projects - a museum that could stand alongside the best ones internationally.

A.U.: What aims and purposes have the leaders of the museums pursued by beginning such a process?

A.F.: The most important thing was the prompt appointment of a new director and the setting up of a new administrative department. Our new museum is in fact in a process of constant change and we will make further adjustments to our organisation also in the future. The new department of exhibitions and collections is a result of the museum reorganisation.

A.U.: How has the work of restructuring the National Museum from separate museums been proceeding? As far as I understand it has not been finished yet.

A.F.: All institutional mergers experience problems of integration. A year ago parliament voted to integrate a fifth institution, which works with touring exhibitions. Now our responsibilities also include a nationwide exhibitions and educational programme.

A.U.: As we know the National Museum has taken over the Kvaernerhallen in Lodalen; the Museum of Architecture is now under reconstruction. In this case it is interesting to know if anything has been changed in the permanent displays of the four museums after the amalgamation.

A.F.: All the old museums have seen changes in their exhibitions. We have reconceived the permanent exhibitions of works from our collections. And these have roused vigorous public debate. The discussion surrounding the changes to the former National Gallery has been especially vivid. Some people like the changes, while others miss the old arrangements.

A.U.: How is the National Museum being managed? As far as I know Sune Nordgren is a director of the National Museum, consisting of four formerly separate museums. So the management is far different from, for example, that of the four Tates (Tate Britain, Tate Modern, Tate Liverpool, Tate St. Ives) in England that are also all part of the same organization and are coordinated by a board of trustees, but each gallery has its own director and its own programme?

A.F.: The old museums are gone, but of course we use the same physical buildings for our exhibitions. The new museum now has a single board and a single director. The museum has several specialised departments, including a large department for collections and exhibitions. It is this department that devises the exhibition programme and mounts the shows. In addition we send exhibitions on tour both inside and outside Norway.

A.U.: Soon after the amalgamation the museum was established as a foundation. What did that mean in practice? And how has the financing and the fundraising of the museum been proceeding?

A.F.: As a foundation, our relationship with the Ministry of Culture is more flexible. It means that the board carries greater responsibility. Even so, our funding is still utterly dependent on the annual state budget, which has to be passed by parliament, and we have to report back regularly to the Ministry. But exhibition policy and how the funds are used are entirely up to the museum.

A.U.: How does state funding correlate with external, commercial funding?

A.F.: It works well. As already mentioned, most of our money comes from the state, but we also receive funds from outside sponsors.

A.U.: Have the structural changes of the museums caused changes in the museum's financing?

A.F.: Our financial situation has improved because the state has increased our funding. We can also function more rationally than we used to. But it will still take a few years for this rationalisation to show its full effect.

A.U.: Three years have passed since the amalgamation of four museums into the National Museum of Art, Architecture and Design. What results has your museum achieved at present?

A.F.: The most important result has been a 20% increase in the number of visitors.

A.U.: Have you achieved the aims you had set three years ago?

A.F.: One really important aim remains: to launch an international architectural competition for a new museum building. We are now in a period of a hectic and detailed planning leading up to the government announcement of such a competition, hopefully in Autumn 2006.

A.U.: How will the Norwegian Museum of Architecture look after the reconstruction has been completed?

A.F.: We hope to reopen the building in Summer 2007. The building is currently undergoing thorough renovation. The new building will contain a permanent exhibition showing both national and international architecture. There will be a study room and an archive of drawings. In addition there will be temporary exhibitions of architecture. The old building was designed by Christian Heinrich Grosch, who designed many important buildings connected with Norway's independence. There will also be a new pavilion designed by Norway's best-known living architect, Sverre Fehn.

A.U.: As far as I know the National Museum has a collection of Russian icons. Is it extensive, and what are its origins? What are the highlights? Is the collection well-known, has it been scientifically studied and published?

A.F.: The National Museum owns 35 Russian icons. 1 3 are attributed to the Novgorod school from the 15th and 16th centuries. As for their provenance: the majority stem either directly or indirectly from the collection of the trade attache R. Zeiner-Henriksen, and were acquired by the National Gallery in the period 1928-71. Most were purchased, although five were received as gifts from the Friends of the National Gallery association. Of the remainder, one was bought in 1965 from Dr. Jorgen Fog, six were bought in 1959 from the estate of chancellor Einar Krane, one was bought at auction at Bruun Rasmussen, Copenhagen, two were bought from private owners in Moscow, and three were donated to the museum by Anna Lisa Urbye in 1971.

The National Museum's icon collection is reputedly of high quality and considerable interest. But it would be wrong to say it has received much scholarly attention, apart from a fairly thorough treatment in Leif 0stby's catalogue of foreign paintings at the National Gallery (published in 1973). Here one also finds detailed bibliographic references for the individual works.

A.U.: As far as I can see the main focus of the collection is Norwegian art but there was also Ilya Kabakov's "The Garbage Man” in the former Museum of Contemporary Art. Are there other works by Russian artists in the museum's collection?

A.F.: Norway and Russia are neighbours with a shared border, so it is only natural that our collection should contain works by Russian painters. We have works by Vasily Kandinsky, and in 1976 several purchases were made of works by Rasim Babajev, Nikolai Blagovolin, Alexander Dembo, Vitaly Gorayev, Anatoly Plakhov, Georgy Tsereteli and Viktor Vilner. In recent years there have also been purchases of works by Maria Serebriakova, Ilya Kabakov, Natalya Pershina-Yakiman- skaya and Olga Yegorova. Our collection also contains a number of textiles, jewellery and other objects from Russia.

A.U.: Has the National Museum or the four former museums ever collaborated with Russian museums - and on what major projects?

A.F.: Yes, several times. In 2001 we showed the exhibition "Treasures from the Kremlin” (in the former Museum of Decorative Arts and Design) in cooperation with state museums in Moscow. In 2004 we showed "Watch Out!” (in the former National Museum of Contemporary Art) with works from the local art worlds of Moscow and St. Petersburg. On the occasion of the latter we also purchased several works for our collection.

A.U.: Has the museum's popularity increased after the amalgamation - and have you any special programmes to attract more people to the museum?

A.F.: In 2005 we set a new record with almost 700,000 visitors - an increase of 20%. The same year we had a major exhibition at Tullinlokka, which is where our new museum building will be. We called the exhibition "Kiss the Frog. The Art of Transformation”. This received 116,000 visitors, which is also a record for a Norwegian exhibition of contemporary art. After all, the population of Oslo is only 500,000.

A.U.: It should be stressed that the collection has become very extensive, consisting of four, very different museum collections as a basis. Is it difficult for you to manage such a huge organization?

A.F.: If not difficult, at least it constitutes a major challenge. And we are also waiting for a new museum building, not least so as to have more storage space and better facilities for conservation work. The facilities in the old buildings are no longer very suitable for this purpose.

A.U.: How could you outline the main museum's mission?

A.F.: We aim to be a space for innovative encounters that promote the experience and understanding of the visual arts. We also aim to be a nationally and internationally recognised resource and a centre of expertise.

A.U.: What are your plans, aims for the future? Do you plan to cooperate further with Russian museums?

A.F.: First and foremost, I hope that a few talented Russian architects will take part in our international competition for a new museum building. Don't you think it would be a marvellous basis for future cooperation if a young Russian architect won the competition? 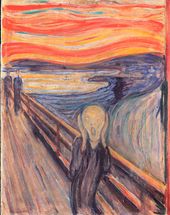 The Norwegian Museum of Architecture, 1830, designed by Christian Heinrich Grosch 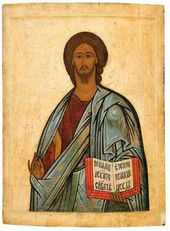 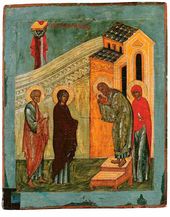 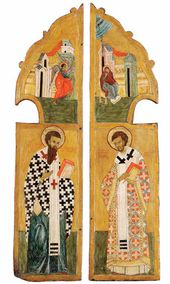