Eric Bulatov in the Tretyakov Gallery

The entire artistic heritage of Eric Bulatov is being showcased in a landmark exhibition, made possible due to fruitful co-operation of the Tretyakov Gallery and the Cultural Foundation “Ekaterina”, and financial support of NCP GOC “Stroyteks” and OJSC “Surgutneftegas” and Fond “Novi”. Exhibiting a major Russian painter who has achieved distinction over the last 40 years, the result is nothing less than an international sensation.

Not least because the works of Bulatov, which can be seen in major museums and private collections around the world, are being brought together only for the second time: the artist's first solo show was in Paris, at the Pompidou Centre, in 1988.

The exhibition at the Tretyakov Gallery follows a trend that was developing naturally at the museum - to show the most important international artists of the 20th century. It's a logical continuation of last year's exhibition of the works of Andy Warhol - the two masters belong to the same species. Both Warhol and Bulatov were faced with the most difficult challenge of finding a "common denominator”, a common cultural code for a whole nation, large and many-sided at a critical moment of the nation's loss of identity. Warhol was looking for major visual symbols of America at a turbulent time when the country, with its patriarchally-provincial "mores” and tastes, was invaded, as it then seemed to many, by a completely alien civilization of mass consumption. Now, when Warhol's visual canons are almost inseparable from the image of America itself, we have come to think that the Big Mac and Coca-Cola have always been the most appropriate symbols of the country. But back then America did not identify itself at all with the aesthetics of such mass production; instead it was building pseudo-classical palaces, and borrowing such trappings from a bourgeois Europe.

Bulatov, and the generation of artists to which he belonged, working in the Soviet Union during the time of Brezhnev, found themselves in a similar situation. On one hand was Russian humanist literature, great music, and similarly great art, with its two high points - 19th-century realism and the 20th-century avant-garde. On the other, the aging power of the Soviets, which paralysed the country's will, feel ings, mind and trust with the help of vulgar and primitive ideological propaganda.

The conundrum of this mass paralysis - its description, labelling, diagnosis and following treatment of the disease - became for Bulatov the major subject and purpose in art in the 1970s and the early 1980s. A joke made the rounds in Moscow at that time: the USSR had only one truly Soviet artist who, with inspiration - not under orders, but of his own volition - painted portraits of the General Secretary Leonid Brezhnev, Soviet emblems and slogans. But even this painter was relegated to an underground existence. That was an absolute truth. Unlike his colleagues among painters, with whom he had shared all the steps of academic training and, later, optional classes with Robert Falk and Vladimir Favorsky, Bulatov did not withdraw to the countryside to paint sunrises, sunsets, raftsmen or wrinkled old women.

He set for himself the goal of surveying and capturing in art the backbone and meaning of Soviet civilization. He did not turn away in disgust; he chose not to pretend that he was above the environment or untouched by the ideology; he chose not to shower scorn and clown around.

Bulatov's paintings should not be mistaken for landscapes. Despite his realistic and masterfully crafted landscapes of Moscow and the Kremlin, his posters and the like were painted from nature - a nature not to be observed in reality, but one represented in the political propaganda visuals of Brezhnev's time. Here, again, there is a reminder of Warhol, who borrowed all his images from newspaper photographs and advertising visuals. Careful selection, re-scaling, a slight rearrangement of visual accentuation - and the avant-garde artist turns a propaganda piece into a revealing testimony about the characteristics of the local mentality and approach to life. Warhol discovered in American advertisements a frenetic fear of aging and death, along with the cult of publicly accessible entertainment. Bulatov discovered in the Soviet "in-doctrine visual rhetoric” quite different motifs, relating to the national mentality - a high sky, the sun, a remote light "from the other world”, a road and a view of the Earth from very far away, as if from space. The artist revealed such archetypes, emphasizing their repetitiveness in Russian culture. Many of his paintings refer to the landscapes of Fyodor Vasilyev and Vasily Polenov and the spatial cubo-futurist constructs of Lyubov Popova and El Lissitsky. In particular, the key element of Russian landscape imagery - a road and the visual opportunity for moving along it into the depth of the painting, into the far distance, into eternity - is considerably transformed in Bulatov's paintings. "The road” turns into a "dead-end”, because it runs into the wall of a red-carpeted walkway (as in "Gorizont” (Horizon)), or hits up against a huge stand with Lenin's picture ("Ulitsa Krasikova” (Krasikov Street)) or "stumbles onto” the Kremlin ("Zhivu-Vizhu” (I Live and I See)).

The absence of such openings on to eternity did not in the least distress the Impressionists, or their French admirers. In Bulatov's view, though, the absence of the "opening” was tantamount to an outrage against the national mind-set, and led to complete frustration, and accompanying utter desperation. This deliberate curtailment of freedom through a blockage of imagination, effected by the Communist authorities, was tackled by the artist in his set of the so-called "Soviet” paintings. The famed "Glory to the Communist Party of the Soviet Union” painting is its centerpiece: the painting features the close-up of the red-lettered slogan, where the lettering looks like prison bars, blocking for the viewer any opportunity of "squeezing his way” through the bars on to the other side, into the expanse of heaven, barely visible in the span between the stout and flat letters.

Bulatov's visual metaphors are plain, clear, and even didactic. However, the artist tries to enhance and clarify such metaphors through the symbolism of colour (the red and the flat and the social obstructs access to the blue and the spatial and the spiritual), and textual inlets ("Entrance - No Entrance,” and the like). Both are very typical for the Russian artistic mentality. The viewer is reminded of Kandinsky's theories of the colour of blue, and the practices of including text, typical for many works of the Russian avant- garde. A feeling of utter desperation and misery was conveyed by Bulatov in the "Programma Vremya” (The "Vremya” (Time) News Hour, referring to the title of the nightly Soviet main television news programme) - a painting seemingly reproducing a photograph from the popular "Ogonyok” magazine. An elderly woman watches television, listening to a classic presenter named Igor Kirillov. Bulatov portrayed an everyday and mundane situation of ideological poisoning - an action of which the poisoned is possibly aware, but from which the lonely old person's desire for human contact, no matter how fictitious, still cannot escape.

However, nothing in history has proved as ephemeral as the tools of propaganda and advertising. All the slogans, even those built of steel and concrete, long ago disappeared from the streets of our cities, with their accompanying portraits and posters that gather dust somewhere in the much forgotten reserves of libraries. For this reason, Bulatov's paintings now represent both a piece of evidence and an analysis of Soviet civilization as it fell into oblivion. It is no accident that his works are shown at every exhibition of Russian art outside Russia in this dual role - as evidence of Soviet agitprop, and an instrument of its deconstruction. And it is at this point that the viewer can discern an important difference between Bulatov's paintings and those of Warhol. The latter borrowed imagery from advertisements enthusiastically, with irony and even love. Bulatov's works, meanwhile, are free of any mockery or caricature - instead, they are detached, dispassionate statements without any trace of compassion. Of course this stance originates not from the author's lack of empathy, but from his intent to convey, not his personal pain, but a common attitude, a kind of conventional view of things, the view that, as recent Russian history shows, was indeed typical for the society of that period.

After the collapse of the Soviet regime Bulatov left Russia. It was not an emigration, but an opportunity, suddenly materialized, to live and earn his living through his art. In Russia no one was buying his paintings, and the artist had had to make his living as a children's book illustrator. In New York and Paris Bulatov's art was initially focused on a similar range of problems - the impact of the visual propaganda of the capitalist mass culture on consumers' minds.

But over the years Bulatov has been - little by little - abandoning such social references, steadily shifting his focus to more existential sentiments, those borderline states of mind which, willing or not, any person experiences with age. The theme of the road, motion, or a breakthrough began to be replaced with a mood of expectation and anticipation of the nether world - sentiments which Bulatov conveys through colour. The artist's works lost their former polychromatic elements and became filled with a pitch-black abyss, from and into which burst streams of light. One can talk about the variety of "light” in Bulatov's paintings. They include a warm, caressing, cozy, "of this world” sunlight, and headlights and lamp lights, and the light of human faces, and, most important, a radiance issuing from a large body of light or even a luminous space located behind the picture and suffusing all the objects with light, making them look ethereal, as though melting. Bulatov is increasingly often dispatching wayfarers, explorers, and travellers in the direction of his immense luminescent ocean. They melt in this haze of light, their backs to the viewer – although without much politeness, they nevertheless invite us to think about the solitude of relocation to an unknown, which looms in front of each of us.

In any other country a painter such as Bulatov would have been a source of pride, hailed as a national treasure. Especially since he performs his analysis of the social and existential aspects of modern life with the time-honoured means of expression of a traditional painter. He did not cast aside his brush and his canvas, nor replace it with video cameras and or installations. Despite - or perhaps because of - all that, his particular version of contemporary art remains priceless. 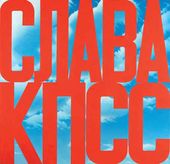 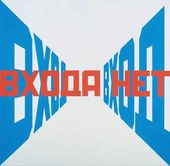 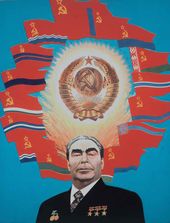 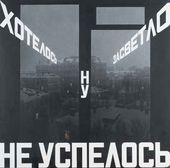 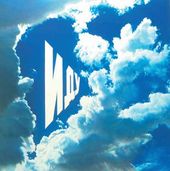 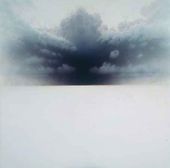 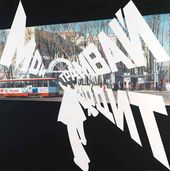