Russian culture, especially Russian literature is certainly popular in Germany - but in the publishing field actually constitutes less than 3 % of all translated books.

Considering that factor, the Russian- German artist Eugenia Gortchakova developed an idea to pun with this word "translation” and find out other ways of transforming Russian culture into actual art; she invited two colleagues from Bremen, Marikke Heiz-Hoek and Isolde Loock to join the project. The result was on show at the M'ARS-Gallery in Moscow.

Isolde Loock has concentrated on the famous monologue of Chekhov about smoking. She made a video with the German professor Wolfgang Stefan Kissel, a Slavist specialist, who pronounces the text in front of the camera. His image is "translated” to the mouth with the beard, lips and teeth participating in the process of articulation. During the whole recitation the camera is directed to this "Auss- chnitt”. In this way the video picture acquires its own value besides the text and on the other hand, the reproduction of Chekhov's text is free of dramatic performance.

Loock has combined this presentation of Chekhov with graffiti in Latin reading, "Dixi et animam levavi” - "I have spoken and my soul relieved”, written by the grafitti artist Michael Klauss. So suddenly the sentence receives a new meaning: Loock has found the connection between the classical story, the anonymous individual, his problems and the graffiti sentence. Furthermore, the artist shows the behavioural significance of the pronounced text, and the process of one's getting rid of private problems by speaking about them in public. The irony with which Chekhov looks at his speaker turns into an irony towards television media. This is certainly also a problem of translation.

Andrei Tarkovsky is a central figure in the works of Marikke Heinz-Hoek. The title of her part is "Russian Totale”. The term, taken from cinema vocabulary, means close-ups and long shots. Heinz-Hoek uses elements from films by Tarkovsky, seeming relicts from them and copies of documents that the filmmaker once wrote. She combines them with photos of film scenes, but also with other photographs, like, for example, those of Russian women and of Russian soldiers leaving Leipzig. But this material could have been taken from the films of Tarkovsky (who is of course very popular in the intellectual and artistic scene in Germany).

A special form of Heinz-Hoek's work is the transformation of a single photograph into a video, with very slight movements of the eyes, or of the head, giving the impression of a live face. Thus the image of the boy resembles that of Ivan from Tarkovsky's film "Ivan's Childhood”, and becomes part of this "Russian Totale” - a transformation of the atmosphere through the possibilities of modern photo and video art.

Heinz-Hoek's main aim is to make a kind of remembrance of a past situation by finding small photographs of real people in real circumstances and transforming them into big representational forms. Each simple element has its own importance in this Russian "totale”, which is rather manifold.

The three letters LPK mean "Literary Press Kit”, or the contemporary manner of summing up novels for press release or encyclopaedia form. Eugenia Gortchakova has chosen these letters for her own way of translations: she shows three groups of pictures as a result of a nearly scientific research project.

With the help of a computer she has counted first how often colours appear in the chosen novels and in relation to the amount/frequency of appearances she has put the colours into a picture, structured like all her paintings.

A second field of research concerns political words from the period of the French Revolution through to the present day, such as liberty, fraternity, equality, power, and money. Their multitude is also transformed into colours, as in the third piece of research, in which the role of women as a mother, wife, daughter or girlfriend was also counted.

The result of this gigantic work is a long row of geometrically structured colourful pictures, forming a new version of constructivist art. Another version of translation is the combination of her own texts, of those of her friends, concerning the sense of abridged "compressed” texts and the importance of libraries. These texts are combined with the specially prepared photographs of rows of books and the interior of libraries and put on to the CD-boxes as a new media-form of literature. For the artist the collections of books are possibilities of mute or pronounced answers - as a person him/herself is a possibility of existence.

A third group of works by Gortchakova are videos, made in co-operation with Wolfgang Wortmann. They too belong to LPK in which the author is present, as for example, in the video "Clean”, which shows - to some extent - the artist's life and the process of her creative activity. Another form of ironical transformation (a kind of a translation by itself) is the video "Hercules” with a transformed story of the "Augean Stable”. As for the video "The Depth Lies on the Surface”, it reveals the artist's sense for combining contrasts: this title could be regarded as another "motto” for the project. 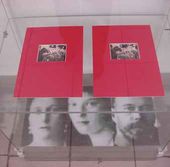 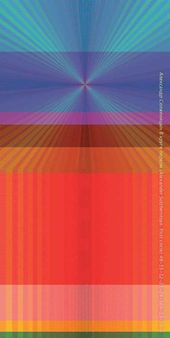