The “Museums in Russia” Internet Portal - 10 Years on the Web

It might be naive to call it a jubilee, though such figures do tend to have some magic influence on people’s mind, and there’s a tradition to review the work done as such round dates approach. The internet portal “Museums in Russia” www.museum.ru started in 1996, so it is still early to summarize its activity, but the results achieved during these years deserve mention.

10 years ago the Russian internet was only emerging. "Museums in Russia" was one of the first internet resources in general and, in particular, one of the first devoted to culture-related issues; as years duly passed, the internet became a habitual environment for many people. Museums are also actively using this sphere, many of them have information and visual sites, and today "Museums in Russia" may look a bit old-fashioned. On its 10th anniversary, the portal has been somewhat refined but the principal design will not change and the style will remain austere.

"Museums in Russia" has won the audience's interest primarily through its informational content. The site was created as a museum database: for 10 years the portal has kept an all-Russian list of museums which now contains information about 3,000 museums of all kinds and all levels. The list of museums is a virtual encyclopaedia where visitors can find everything they want to know about each museum: its address, telephone, timetables, ticket prices and how to get there. Such information is essential.

Another section of which the portal is especially proud is its "Museum News". It may be true that such a phrase sounds somewhat paradoxical: a museum is a monumental and steadfast institution where time has stopped - and "news" is something temporary, changing and variable. Can these two opposite notions be linked? Practice proves that they can. Every day "Museums in Russia" receives many announcements from its museum correspondents about their exhibitions, conferences, publications, celebrations, workshops for children or invalids, and the like, and the news section of "Museums in Russia" is updated daily, publishing more that 10 messages a day - or 4,500 messages a year. "Museums in Russia" is an internet mass medium, registered with the Ministry of Press in 2001. Its principles are extremely democratic: any Russian museum, large or small, can send information about its activity. The most interesting news is published as a weekly electronic magazine. Since 2005 "Museums in Russia" has been an information partner for several museums: Moscow's Historical Museum, the Pushkin Museum of Fine Arts, the Tretyakov Gallery, the Russian Museum, the "St. Isaac's Cathedral" Monument Museum, the Vladimir and Suzdal Museum and Reserve, the National Museum of the Republic of Tatarstan, and many others.

The cooperation between "Museums in Russia" and the Tretyakov Gallery is also of interest, with information about the gallery's exhibitions and academic events regularly published, and special thanks for excellent work are due to the press departmerit directed by Eleonora Tyan. The Tretyakov Gallery maintains its relations with mass media at the highest level, with every exhibition anticipated by a press-conference or a press-viewing, and such active cooperation with journalists bears considerable fruit.

The gallery's life is rich in events: in the first half of 2006 "Museums in Russia’’ published 52 announcements about the Tretyakov Gallery's events on Lavrushinsky Pereulok, on Krymsky Val and in the New Manege Exhibition Hall. These were both materials from the press department and the portal's special reports.

Such interactive character is a particular feature of the internet environment, as visitors can choose themselves what they would like to see. The portal has a section "Most Popular Events’ composed from the most viewed articles. Of course, the Tretyakov Gallery's exhibitions appear in this section frequently, and, naturally, the article about the exhibition "Masterpieces of the Musee d'Orsay" has remained there since April. The popularity of this exhibition was obvious anyway, since viewers had to queue for it. That leads to an interesting conclusion: from a toy, an amusement, an odd virtual environment, the internet has turned into an adequate reflection of people's interests - in this case, a reflection of the priorities of museum visitors.

In the section "Most Popular Eevents" one can see what is interesting for visitors not only in Moscow but everywhere in Russia. Thus, next to the Musee d'Orsay exhibition, visitors are attracted to the long-term exhibitions in the Yaroslavl Museum-Reserve, the exhibitions of museum rarities dedicated to the millenium of Kazan and the "Orthodox Culture Artefacts from the Collection of the National Museum of the Republic of Tatarstan". The unique exhibition "The Terracotta Army" at the Historical Museum is on the list, too. Organization of an exhibition dedicated to war required considerable thinking by the museum's team, because the subject is tragic and complicated. The general public considers a museum as a place of leisure - are they prepared for serious reflection about war? Yes, they are - that can be seen from the interest shown for the exhibition "The 20th Century. Wars and Lives" at the Saratov Regional Museum of the Study of Local Lore.

Anniversaries are another subject, too. Are visitors interested in special exhibitions from reserve collections and in exhibitions that foreign museums help to stage to "congratulate" partners on the occasion of a museum's jubilee? The attention drawn to such exhibitions as the Moscow Kremlin Museums' "Russian Emperors and the Armoury Chamber" and the "Treasury Cabinet of August the Strong" certainly proves that is the case.

In making such statements about ratings, the question arises as to how representative is the selection concerned. The portal's visitors number about 10,000 a week, which means 300,000 visitors a month and over 3 million people a year - a considerable audience, indeed.

"Museums in Russia" addresses itself mainly to the visitor and this means that its character is more popular than academic. But some of the portal's announcements are also important for museum workers - information about conferences, editions, grants and exhibition updates. Such news is published in the section "For Museum Professionals".

Thus, "Museums in Russia" both popularizes cultural heritage and participates in the creation of a professional inter-museum community - and its 10th anniversary is a big day, not only for its team but also for its visitors and museum partners.

Home page of the “Museums in Russia” Internet portal www.museum.ru

Moscow’s Historical Museum. The museum’s director Alexander Shkurko at the closing of the exhibition “Golden Children” 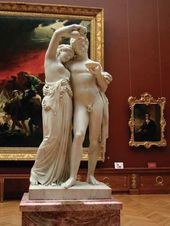 Exhibit at the National Museum of the Republic of Tatarstan

Home page of the “Museums in Russia” Internet portal www.museum.ru

Vladimir City Museum (Vladimir and Suzdal Museum and Reserve). Exhibition on the history of the Vladimir region

Museum Day Celebration on the Cathedral Square of the Moscow Kremlin 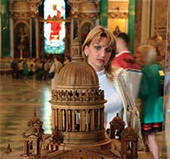 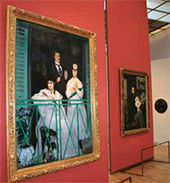 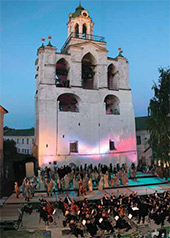