The third all-Russian competition for young figurative artists has reached its culmination, with hundreds of painters, sculptors and graphic artists from all the major Russian art schools and colleges competing for the right to be displayed in the main building of the Tretyakov Gallery. The competition jury, made up of leading researchers from the Tretyakov Gallery and the editorial board of “The Tretyakov Gallery” magazine and headed by the vice-president of the Russian Academy of Arts Tair Salakhov, selected 47 works for a one-week show that was open to the general public.

Most of all, the quality of the works of sculpture on display should be recognized: this genre received all the three main competition prizes (First Prize was given to Andrei Tyrtyshnikov for his "Le Corbusier”; Second Prize - to Iliya Gureev for the work "Stripling”; Third Prize - to Pavel Zaitsev for his marble "I.M. Poddubnyi”). Oleg Kaverin received a Special award for his work "K.T. Molodyi” from the Museum Support Fund "Treasures of the Fatherland”.

In her awards speech Lyudmila Marz, head of the 20th century sculpture department of the Gallery, said that the works that went on to compete in the second round were both original and highly professional.

Graphic artists presented a completely different picture, with the category receiving only a first prize (Nikolai Zaikov. "Landscape without Verticals”).

It might be thought that the vast number of graphic techniques (watercolour, pastel, pencil, charcoal, sanguine, etching and others) provides more than enough opportunity for artists to express themselves and create something remarkable. But alas, the exhibition showed nothing of the kind.

Painters proved more successful. Although the jury decided against awarding them a first prize, Anna Boganis, a graduate of Ilya Glazunov's Academy of Painting, Sculpture and Architecture, definitely deserved her second prize ("Beslan. Lists of Hope”). The same can be said of Aisula Kadyrzhanova, a graduate of Moscow's Surikov institute, who received the third prize ("Houses”).

The judges were discriminating for a reason. The latest competition, named after the founder of the Tretyakov Gallery, took place in the same year that the museum celebrated its 150th anniversary. It has been said, more than once, that Pavel Tretyakov's name is inevitably associated with a certain responsibility, and such words are not empty, given that the initiators and organizers of the competition view it as a serious and important opportunity for an inspection of Russia's professional art schools, whose traditions call for a high level of skill and independence of creative thought.

The competition's standards can only rise as it develops, as the principle of preliminary selection and the procedure of prize distribution undergoes changes and improves. The aim is to establish a spiritual and aesthetic model, and teach professional skills to the generation that represents the future of Russian art. That is what this competitive over-view of Russia's young talents is, finally, all about. 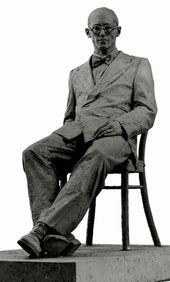 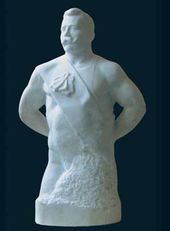 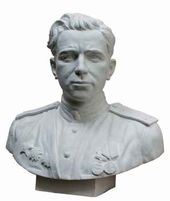 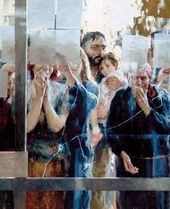