China-Russia: On the Crossroads of Cultures 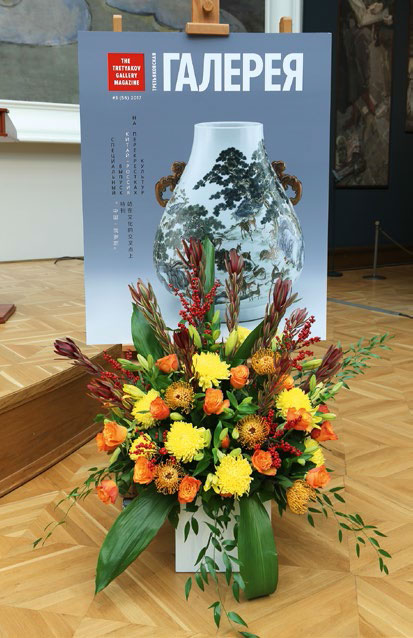 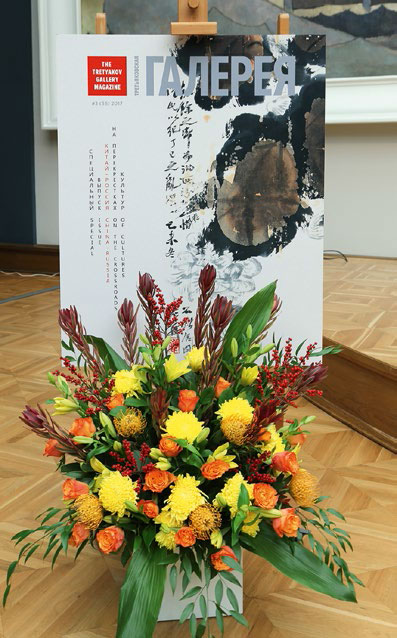 “Foundation GRANY. Art-Crystal-Brut” has celebrated its 10th anniversary with the publication of the monumental issue “China-Russia: On the Crossroads of Cultures” in Russian, English - and Chinese. For the first time the “Tretyakov Gallery” Magazine has addressed itself directly to the world’s largest readership.

In 2011, the Foundation came forward with an immediate initiative, titled “On the Crossroads of Cultures", which was demanded by the time and became a new direction of the Foundation's multifaceted activity. Such special issues of the “Tretyakov Gallery" Magazine as “America - Russia", “Great Britain - Russia", “Spain - Russia", “Norway - Russia", “Italy - Russia", “Switzerland - Russia", and “China - Russia" have determined cross-cultural contacts. The programme of special issues has also organically included the East: in 2015, the magazine created the issue “The Art of Buddhism" dedicated to thangka painting, and in 2017 the Russian-English magazine was also published in the Chinese language.

The presentation of the new special issue “China - Russia: On the Crossroads of Cultures" of the “Tretyakov Gallery" Magazine was held on November 20 2017 in the Vrubel Hall of the Tretyakov Gallery. Among the speakers of the evening were Tatyana Karpova, Deputy Director for Science of the Tretyakov Gallery; Mr. Fan Xianrong, Plenipotentiary Minister of the Embassy of the People's Republic of China in the Russian Federation; Pavel Borodin, Chairman of the Board of the Eurasian Business Union; and the editor-in-chief of the publication, Alexander Rozhin. All of them noted the leading role of the magazine in the advocacy of Russian art and its special place among publications devoted to art.

Many kind words were addressed to the general sponsor of the “Tretyakov Gallery" Magazine Vitaly Machitski, on whose initiative the special issue “China - Russia: On the Crossroads of Cultures" was published. In his brief appeal to the audience, Mr. Machitski congratulated the Foundation's President Irina Machitski and Director Natella Voiskunski on the anniversary, as well as the staff of the magazine and its editor-in-chief Alexander Rozhin. He also expressed his confidence in the further positive development of the Foundation's multifaceted activity.

The finale of the evening was a concert of classical music. Pianist Wei Xiaoxiao, laureate of international competitions and a fifth-year student of the Moscow Conservatory, performed a piece by the Chinese composer Chen Peixun, “Autumn Moon over the Calm Lake". The “Russian Dance" from the ballet “Swan Lake" by Pyotr Tchaikovsky - in the setting for piano four hands by Claude Debussy - was performed by Irina Krasotina, assistant professor of the Moscow Conservatory, and Wei Xiaoxiao.

The theme of China continued in the piano work by Claude Debussy “Pagodes" (from the piano suite “Es- tampes"), performed by assistant professor of the Moscow Conservatory Daniil Kopylov. The final works in the concert were the aria “Turandot" from the eponymous opera by Giacomo Puccini, and Natalya's arioso from the opera “Oprichnik" by Pyotr Tchaikovsky, performed by Marina Karpechenko (soprano), Honoured Artist of Russia and soloist of the Moscow Helikon-Opera Theater, with the piano accompaniment played by Daniil Kopylov. The concert-master and presenter of the evening was the music critic Mikhail Segelman.

Mrs. Gong Jiajia, Cultural Counsellor to the Ambassador of the People's Republic of China in the Russian Federation 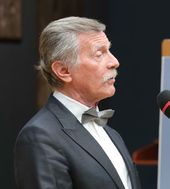 Tatyana Karpova, Deputy Director for Science of the Tretyakov Gallery

Mr. Fan Xianrong, Plenipotentiary Minister of the Embassy of the People’s Republic of China in the Russian Federation

Pavel Borodin, Chairman of the Board of the Eurasian Business Union 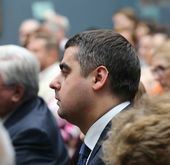