150 Years Younger Than the Tretyakov Gallery

2012, a year rich in anniversaries, will finish with yet another memorial event, the 180th anniversary of the birth of Pavel Mikhailovich Tretyakov — the extraordinary individual who created the opportunity to come to a national art gallery and to evolve, thanks to it, into "a more Russian, more learned, freer individual".

The Pavel Tretyakov Charity Foundation cultivates the memory of this great citizen of Russia, holding him in great esteem for his reinforcement of our national consciousness.

All this applies to the latest tribute, which took place at the Tretyakov Gallery's conference hall on December 16 2011 and was called "Recollecting Things Past". The film presented the Foundation's work in 2006-2011 and was augmented with a gala performance featuring poetry, music, theatre and the most notable figures of these arts, such as the poet Andrei Dementiev, the singer Yelena Kamburova, and the actress Yulia Rutberg.

A quotation from a letter written by the great patron of arts — "I could not have hoped for a better reception" — was chosen as an epigraph for the concert's finale honouring the museum's employees. This heartfelt phrase perfectly agreed with the winners of the Tretyakov Prize 2011. The ceremony started with the presentation of the award to Nina Glebovna Divova, head of the Tretyakov Gallery's department of exhibitions, a most talented organiser of art shows, the offspring of an illustrious dynasty of museum researchers well known in cultural circles. The 50 years of her working life include the many years she spent working in the restoration workshop.

This area ofthe Gallery's work was represented among the prize winners by Yevgenia Alexandrovna Grah, an art restorer of supreme calibre and a researcher at the department of scholarly renovation of ancient Russian paintings. Painstaking work on a daily basis, colossal practical experience, patience and the ability to "escape this mortal coil" are the qualities necessary for saving icons.

Another Tretyakov Prize went to Antonina Borisovna Andreeva, a representative of Russia's regions and the director of the Veliky Ustug Open-Air Museum, which she has managed for 25 years, tirelessly working to preserve and popularize the cultural heritage of the Russian North.

The house was full, with the audience including not only envoys of the museum community but also senior officials from the Ministry of Culture, Moscow's Legislative Assembly (the Moscow Duma), and the Russian Academy of Arts. The phrase uttered by one of the speakers — "The Tretyakov Foundation will always be 150 years younger than the Tretyakov Gallery" — both inspires optimism and promotes a sense of responsibility. 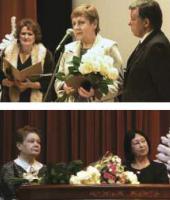 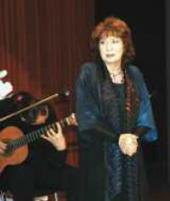 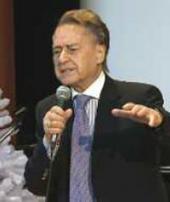 The 5th Jubilee Event of the Pavel Tretyakov Charity Foundation