Picasso's numerous excellent works held at the Pushkin Museum and the Hermitage originated from the collections of two Moscow collectors - Sergei Ivanovich Shchukin and Ivan Abramovich Morozov. It is believed that Henri Matisse introduced Shchukin to Picasso in September 1908. Shchukin was one of the first (along with Gertrude Stein, Ambroise Vollard and Daniel-Henry Kahnweiler) to recognize in the young Spaniard an artist with the potential to revolutionize modern art. But even for Shchukin, who had a better flair for new trends than most critics and collectors, it took some time and a certain amount of effort to appreciate the critical changes in Picasso's style that became evident by 1907 (when he created "Les Demoiselles d'Avignon"). However, the collector trusted the artist: "Probably he's right and I'm wrong," said Shchukin, and his intuition did not let him down. Ultimately, overcoming his doubts and in thrall to Picasso's magic, Shchukin became the owner of a superb collection of the artist's Cubist pieces, including landmark works such as "Friendship" and "Three Women" (both created in 1908). Shchukin also bought some earlier paintings from the "Blue" and "Rose" periods. In 1914, when the war put an end to buying new pieces, Shchukin's home at Bolshoi Znamenskii Lane boasted 51 works by Picasso: the collection was the best you could find anywhere in the world. As for Morozov, although he was not pursuing the goal of putting together a comprehensive collection of Picasso, each of the artist's pieces he bought are of incontestably fine quality - "The Saltimbanques" (1901), "Young Acrobat on a Ball" (1905) and "Portrait of Ambroise Vollard" (1910).

Picasso's creations provoked discussions about developments in modern art, and thus served as a point of "fermentation" for the Russian avant-garde. On the one hand, Russian artists were interested in the pre-Cubist and early Cubist pieces from 1907-1908 marked by the artist's Primitivist style, and his tendency to simplify and roughen forms. Whereas Picasso's Primitivism grew from his interest in archaic Iberian and African sculpture, similar trends in Russian art (in the work of Mikhail Larionov and Natalia Goncharova) were based on Russian national traditions (the "loubok", or cheap popular prints, street signs, and icons). On the other hand, the Russian artists absorbed a Cézannist "yeast" as well - not only directly from Cézanne's paintings, but also indirectly, from Picasso's pictures made in 1909 (the so-called "Cézanne Cubism"), and starting from 1913 many of them were pursuing Analytical Cubism and Synthetic Cubism, whose principles too were laid out mostly by Picasso1 (together with Georges Braque). In its later phases, this tendency, taken to its logical extreme, gave rise to such radical trends of 20th-century art as Suprematism and Constructivism, whose chief exponents were Kazimir Malevich and Vladimir Tatlin, respectively. Certainly, the "Futurist" component of the Russian avant-garde should not be dismissed either, yet Picasso's "Cubist" method of analysis and synthesis invariably remained one of the ingredients of Russian Cubo-Futurism2.

Russian religious philosophers (like Sergei Bulgakov and Nikolai Berdyaev) approached Picasso's art in the light of their own ideas. Bulgakov contrasted Matisse's "aesthetic worldview" and Picasso's "deeply mystical art". "When... you enter the room [in Shchukin's home - V.M.] where Pablo Picasso's works are stored," wrote the philosopher, "you are seized with a sense of mystical dread, even horror." "This art, even if not, strictly speaking, religious, is a sort of mystery," he noted. All of Picasso's art, opined the philosopher, is "a scream of horror of the world". True, not all of Picasso's contemporaries were ready to recognize, as Bulgakov would have said, the "mystical authenticity" of his paintings. Thus, Yakov Tugendhold believed they reflected "only a quest for form". In 1914 he succinctly formulated the principle at the core of Cubist aesthetics: "He [Picasso] wants to image objects not the way our eyes see them but the way our minds perceive them". The author of a first monograph about Picasso, Ivan Aksenov3, arguing with Berdyaev, said reproachfully that the philosopher not so much analyzed the artist's paintings as described his own "eschatological emotions provoked by Picasso's oeuvre". Aksenov himself was a proponent of the method of formal analysis4.

On Jean Cocteau's invitation, in the late spring of 1916 Picasso came to Rome to participate in Diaghilev's "Ballets Russes" production of the "Parade" ballet to the music of Erik Satie5. Guillaume Apollinaire wrote that, together with Leonide Massine, Picasso "for the first time effected this marriage of painting and dance, body movements and facial gesture, which is indicative of the emergence of a more perfect form of art". In "Parade" Apollinaire saw "a kind of Surrealism, the starting point of several manifestations of that new spirit which was to critically transform art and mores".

Picasso became especially close to Igor Stravinsky. They met in 1917 in Rome and soon became bosom friends. Stravinsky spent a great deal of time in Picasso's studio; they took long walks across Rome and Naples, and later continued to see each other in Paris, their friendship interrupted only by the composer's departure for the USA in 1939. Stravinsky, in his own words, "intuitively felt a kinship with Picasso's art"; Picasso created several expressive graphic portraits of his friend.

Picasso's collaboration with the "Ballets Russes" was mutually enriching. Picasso's involvement was not limited to the creation of sets and costumes; working on "Parade" (and, likewise, on "Mercury" later) he contributed to the libretto and to the elaboration of underlying aesthetical principles of the production. According to Tamara Karsavina and Igor Stravinsky, Picasso had a fine theatrical flair and a good understanding of the requirements of the stage. Attending rehearsals and productions and observing the human body in motion, he made a considerable number of sketches, which complemented his "repertoire of gestures". Picasso's cartoon images (of Diaghilev, Bakst, Massine, Cocteau), created in moments of leisure and merriment, convey the amicable atmosphere at the theatre.

Picasso's acquaintance with Diaghilev's performers was momentous for his private life as well: he met the dancer Olga Khokhlova. After the premiere of "Parade" in Paris Picasso followed the company to Spain, and in Barcelona he introduced Olga to his mother. Their wedding took place in Paris on July 12 1918.

Olga was eagerly persuading Picasso to lead a more "normal" life: their relocation to the Rue La Boetie symbolized a rise in the artist's social status. Olga lorded over their drawing room, where guests were received and receptions held. Picasso set up his studio on the second floor dominated by creative chaos. A rift was growing between the husband and wife, however, and marital breakup was looming, but before their relationship deteriorated completely, the couple had happy moments when Picasso created Olga's portraits full of classical harmony. The future had the joys of fatherhood in store for Picasso, too. The little Paulo, born in February 1921, was depicted by Picasso both alone and with his mother. The last known image of Olga created by Picasso is dated 1923; the events that followed were a family drama but did not leave a mark on the history of art.

Nationalized in 1918, Shchukin's and Morozov's art possessions formed the core of the collection of the Museum of Modern Western Art [GMNZI]. In the 1920s and 1930s Picasso's works were still accessible to the public, although Soviet critics were increasingly prone to interpret it in the vein of vulgar sociology, and later - from the positions of "Realism".6 After the museum's holdings were returned, in 1944, from evacuation, the works were not displayed. In 1948 the museum was closed down after accusations of being a "breeding ground of Formalist views" and its holdings divided between the Pushkin Museum and the Hermitage. The Picasso collection would remain split and inaccessible to the general public for a long time to come.

Picasso's attitude to Communism and Stalin represents yet another aspect of the subject "Picasso and Russia". In 1944 the artist joined the Communist Party of France and, fully in line with his anti-Fascist, anti-military and anti-bourgeois convictions, remained a member until his death. In March 1953, in connection with Stalin's death, Louis Aragon asked Picasso to draw a picture for a newspaper he edited, "Les Lettres Franpaises". Picasso depicted a young Stalin (from a photograph). This caused a scandal: the FCP leadership condemned the picture as unbefitting to the established image of "the father of the peoples".

Later, Khrushchev's speech at the 20th party congress, exposing Stalin's crimes, as well as the rebellions in Hungary in 1956, and Czechoslovakia in 1968, became a serious test of Picasso's sympathy for Communism.

At that period, Ilya Ehrenburg, who had known the artist since 1914, became an intermediary between him and Soviet Russia. Ehrenburg and Picasso became especially close after 1945. Ehrenburg was charged with the task of publicizing the peace movement, and it was in large part thanks to Ehrenburg's influence that Picasso, who created in 1949 his famous "Dove" - a symbol of peace - became involved with the movement. Acting as a kind of advocate of Communism vis-a-vis Western intellectuals, Ehrenburg also strove, patiently and persistently, to introduce the Soviet people to landmarks of modern Western art. He handled this painfully ambivalent mission with great dignity and diplomatic finesse.

Ehrenburg, who had chaired since 1955 the Soviet Society of Friends of France's Science and Culture, was instrumental in bringing about Picasso's first exhibition in Russia, which opened on October 26 1956 at the Pushkin Museum. After three weeks the show was moved to Leningrad to the Hermitage. The backbone of the exhibition consisted of 29 pictures loaned by the artist himself; other pieces included items from the Pushkin Museum and the Hermitage, as well as Ilya Ehrenburg's and Sergei Yutkevich's private collections. The event met with great public enthusiasm: many, especially young people, saw in the show yet another sign of the political "thaw". However, fairly loud murmurs of disapproval were heard from the camp of champions of Socialist Realism. In 1962 Picasso was awarded a Lenin Peace Prize (for 1961), and Ehrenburg, who pulled many strings to make this happen, personally came to Mougins to hand over the award. Picasso refused to go to Moscow to receive the prize.

The status of "crusader for peace" and a Lenin Prize winner safeguarded Picasso, at least partially, from accusations of "Formalism" and made it easier to organize his exhibitions under Soviet rule. The Pushkin Museum alone held Picasso exhibitions in 1966, 1971, 1982, 1988, 1990, 1991, 1993, 1997, and 2004 - both using its own holdings and international loans (from Barcelona, Paris, New York and other cities). Especially grand was a 1982 show marking the artist's centenary, organized jointly by the Pushkin Museum and the Hermitage. Any solo exhibition of Picasso's works - in any location worldwide - can hardly be imagined without loans from the Moscow or St. Petersburg museums.

The last period of more than 50 years mark major advances both in studies of Picasso's oeuvre in general, and his works at the Russian museums in particular.7 The present show is a stimulus for a new comprehension and eye-opening interpretation of Picasso's legacy in Russia. May this be Russia's contribution to the exploration of the inexhaustible "Picasso phenomenon", such as it is perceived in the 21st century. 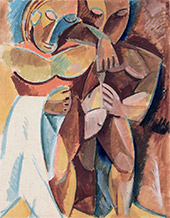 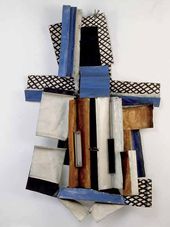 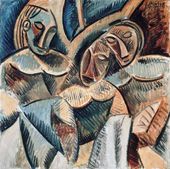 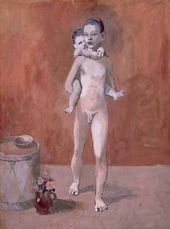 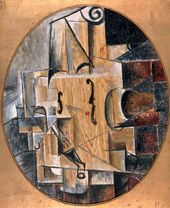