The "Scuderie del Quirinale” in Rome is presenting the first half of a major exhibition "From Giotto to Malevich - Mutual Admiration” that is a highlight of a joint programme "Russia and Italy: A Relationship over the Centuries”. The show, which from February 7 will be on display in Moscow at the Pushkin State Museum of Fine Arts, has been organised by major museums in both countries, with support from the Ministries of Culture and Internal Affairs of both Italy and Russia.

The exhibition is devoted to the art of Italy - a country that once consisted of separate city-states that would later become united as one nation - as well as to that of the cities of Novgorod "the Great", Moscow and Rostov "the Great", whose religious art had a common background and enduring strong influence from Byzantium. The paths of the two countries' cultural development seems, at first glance, very different; nevertheless, at a certain point, they appear very closely connected, regardless of differences which the exhibition itself makes clear A comparison of art, in the way that it defines and identifies a nation, makes it possible to compare and contrast two such cultures closely: the exhibition gives a clear picture of two periods when the cultures of Italy and Russia were simultaneously both very close and distant.

The history of Italian presence in Russia goes back many centuries. At the end of the 15th century Italian masters were already working in Moscow on the construction of the Kremlin. The name of the noted Italian architect Aristotle Fioravanti from Bologna is the most frequently mentioned: he was invited to work in Russia and arrived in Moscow in 1475, where he was commissioned to build the Cathedral of the Dormition, the main church of Russia. Fioravanti was also the architect of the Podesta Palace in Bologna, one very typical of Italy's cultural landscape. But the works of Italian painters and sculptors were completely unknown in Russia, though as Viktoria Markova writes in the exhibition catalogue: "...there was no place for their works in the general context of Russian culture: neither new forms of secular art could become a part of it, nor religious art, due to developments along distinct lines resulting from confessional differences.’’

But the differences were by no means so enormous or improbable, and the exhibition at the "Scuderie del Quirinale’ provides a rare chance to consider these two diverging worlds together. Thus, on one wall there is a well-chosen selection of Italian paintings, starting with those of the humane and sensitive Giotto, followed by works depicting the centuries of never-ending quests for a new realistic pictorial style in painting, accompanied as it was by an increasing mastery of human form, linear and aerial perspective, varieties of foreshortening, and culminating with the growing tendency of painting to become more and more illusionary. Two major themes, of the return to nature and to ancient art, that have dominated Italian painting from its earliest days are a source of inspiration for all subsequent artists. The range of names and works that comprise this intriguing, subtle and amazing exhibition is impressive: Giotto, Donatello, Brunelleschi, Mantegna, Leonardo da Vinci, Titian...

On the opposite wall, there is a display of icons, full of meaning, and "out of this world" - like some bright, though distant star. "The icon represents faith in absolute truth", Natalia Sheredega explains in one of her essays.

The exhibition represents the main stages of the development of ancient icon painting, spanning the period before the Tartar-Mongol domination through to the end of the 1 7th century, displaying works from the famous centres of icon painting, such as Novgorod, Pskov, Tver and Rostov, as well as the works of the legendary Andrei Rublev and Dionysius. The combination of shades of dark ochre, and bright and dark greens together with pinkish reds, and yellow and golden paints is a real treat for the eye. The sacred archetypal images reflect an unearthliness of the spiritual world that is nevertheless perceived as authentic and real. The Byzantine influence is still obvious, impressive and strong: Byzantium is perceived as a myth, like the mythical Atlantis, a uniting factor - a kind of an international language - like the Greek "koine", recalling Ravenna, Torchello and the Venetian cathedral of San Marco. It was no accident that Fioravanti showed the San Marco cathedral to the Russians as a possible model for the Kremlin, and they certainly recognised the form of an Orthodox church in its design.

That is where the process of "mutual admiration" begins. The exhibition reminds us that there can be no interaction between such different cultures without a common background. Such common roots and, later, the separation of the two cultures after the ecclesiastical division at the Church Council in 1056, reflects: "the emotional admiration, sometimes towards mutual dislike, but more often towards mutual amazement. No other European country could claim such a complicated and fascinating relationship with Russia. The Russians learned much from the Dutch, Germans and the British; they always admired the French, but it was Italy of which they had always dreamed", Irina Danilova writes, providing the name for the Italian version of the exhibition with this phrase from one of her essays.

Peter the Great chose the Germans, the Dutch and the British as models to follow as far as fashion, court etiquette, law, art and the collecting of art was concerned. He preferred Dutch art, especially the marine paintings which decorated the first galleries of St. Petersburg, the Emperor's Palace and the Hermitage. He was also fond of Italian painting: it was he who initiated the love among Russians for Italian Renaissance art that would reach its peak during the rule of Catherine the Great. But the first encounter with it took place in 1 703, the year when St. Petersburg was founded "amidst the dark forests and marsh".

In the 17th century communications between Russia and Italy were almost non-existent. The sweeping diagonal movement of the Baroque, the Bernini revolution and the innovative art of such great artists as Caravaggio, Carracci, Pietro da Cortona and Luca Giordano was a contradiction to Russian art, which strictly guarded its static world against the "foreign disease". Nevertheless, Italian culture found its way to Russia through the portrait, a genre that became an instrument for celebrating the personal power of the individual; there were portraits of the Tsar, of the aristocracy, and of the newly emerging classes. It was through this particular phenomenon that "official" Russian culture came in touch with the vast range of forms of Western art.

In the age of the Enlightenment the "veduta" became fashionable alongside the portrait. Projected in a "camera obscura" they combined elements of landscape with the strict laws of perspective and the work of the scene painter, rendering stylistic peculiarities of the period, while the Baroque allegories were "coming out of fashion". Bellotto, Canaletto and the Guardi brothers were increasingly popular with the public. The "vedute" by Alekseev would certainly have been a revelation (for those who never had the chance to see them in the crowded halls of the Tretyakov Gallery), including the panoramic views of the embankment in St. Petersburg or Moscow's Cathedral Square.

It was the era of the "Grand Tour". Travellers brought back home images of what they saw on their trips, full of adventures as they were. A thriving market for the works of Italian painters, sculptors and architects emerged in Russia, and thus the paths of diplomacy and art came to be combined, supported by the patron of science and the arts, Catherine the Great. Her agents not only acquired items of ancient art in quantity, but also contacted painters and commissioned works directly from them. In Moscow collectors competed with one another to acquire paintings by Italian artists, whose inclusion in a collection became a matter of pride, even boasting: both princes and representatives of the new classes of society did their best to, literally, cover the walls of their homes with such excellent collections of pictures.

Following the Vienna Congress, new social and cultural perspectives appeared for both countries; the exhibition demonstrates how the quality of works of the painters concerned answered the demands of the new era. It is fruitless to recall the moments of direct communication between Russia and Italy, since the major 2003 show "The Glory of Rome" analysed that chapter in the history of academic art and cultural exchange of the first half of the 1 9th century in detail. According to Matteo Lafranconi, a member of the scientific committee of the exhibition in Rome, it proved in the most striking way that: "...The similarities between independent cultures are typical of the continental cultural context as a whole. The similarities were numerous, starting with the Romanticism of Jean Henri Farbe in literature, parallel to that of Tropinin in painting, and the theatrical Romanticism of Hayez and Brullov, to the glitter of the literature in the 'Biedermeier' style of Tolstoy and De Falco, and to the lyrical realism of the modern artists, to name but a few: Lega, Induno, Pryanishnikov... Those similarities can be traced in the reserved portraits of Giovanni Fattori and Savitsky ending with the mysterious realm of Symbolic Expressionism, which heralded the forthcoming avant-garde revolution."

Such a close juxtaposition of compatible themes and genres produces an unusual assonance that is obvious in Russian and Italian cultures throughout the 19th century. The part of the exhibition which depicts it has been titled "The Age of the Bourgeois: From Romanticism to Symbolism", followed by the part dedicated to the 20th century, whose history is even more intricate. The list of names to be found here is brilliant indeed: Giorgio de Chirico, Vasily Kandinsky, Amadeo Modigliani, Marc Chagall and Kasimir Malevich. This exceptional exhibition manages to demonstrate to the viewer the subtle language that captures the very essence of human feelings, allowing the broadest understanding of them, regardless of circumstance and origin. 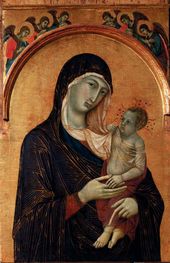 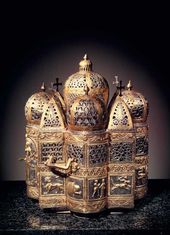 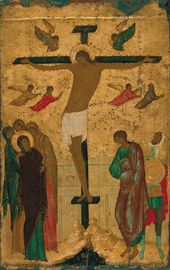 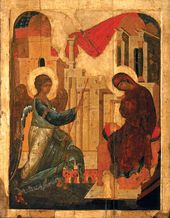 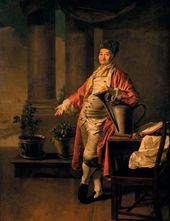 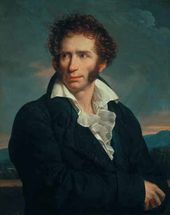 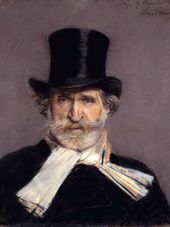 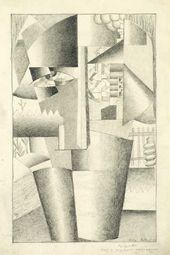