Of course, man is mortal, but that's only half the problem.
The trouble is that mortality sometimes comes to him so suddenly! [1]
М. Bulgakov. The Master and Margarita

The inheritance of artworks has been, historically, a problematic issue. There are disputes between heirs, concealment of artworks by those who are not heirs but have access to the premises in which the artworks are stored, taxation questions and intellectual rights issues. All of these matters should be considered when succession planning for any art collection. Otherwise, there is a great risk that such collections could go to third parties.

Artworks are considered movable property under Russian law and there are no specific provisions for the inheritance of such objects. However, in practice, the transfer of rights to artworks often causes many problems. For example, if they are used as interior decoration, the collection may be ‘scattered’ across several countries, which could lead to unexpected tax and administrative consequences in case of inheritance. This is also the case when the owner of the collection or the potential heirs are resident outside of Russia.

What are the solutions that allow you to make successful bequests of private art collections while minimising any potential tax exposure?

Russia is one of a few countries that do not impose inheritance tax.

In accordance with subparagraph 18 of paragraph 1 of Article 217 of the Russian Tax Code, the income of natural persons, either in cash or in kind, is not subject to income tax if received from natural persons by way of inheritance[2]. Therefore, in Russia, no tax liabilities arise for those who receive artworks as inheritance, no matter the basis of inheritance (under intestacy law or by will), nor the degree of relationship.

This is applicable if:

1)  The object of inheritance is held in Russia,
2)   The last domicile of its owner was located in Russia

If either of the two conditions above are not complied with, unexpected tax and administrative consequences may arise, due to the obligatory application of foreign law.

If the deceased person was permanently resident outside of the Russian Federation, inheritance procedure will be determined under the laws of the country of last residence. This does not apply to immovable property, which will be treated under the laws of the country where such property is located (Article 1224 of the Russian Civil Code). Therefore, the tax laws of foreign countries will apply in such cases, regardless of whether or not the heirs are tax residents of Russia.

This being said, despite the fact that Russia has concluded numerous conventions for the avoidance of double taxation, in most cases, inheritance tax is not covered by such international conventions. This is due to the fact that, in Russia, inherited property is taxed under rules applied to the income of natural persons, whereas in most countries inheritance tax is a separate tax.

For example, the provisions of the Convention between the government of the Russian Federation and the government of the French Republic on the avoidance of double taxation and prevention of tax evasion with respect to income tax and property tax as of November 26, 1996, do not cover inheritance tax (‘impot des successions’) imposed in France. Thus, any issues of inheritance taxation will be regulated by French tax laws only, without any regard to the Convention.

In all of these cases, all the estate of the deceased (including artworks that are physically located in France and outside of France) are taxable under French tax laws.

The same is true if any of the heirs is a French resident: the entire inherited estate will be taxable in France, no matter where such estate may be physically located. This also applies to those heirs who were not French residents at the moment of death of the deceased, but who were French residents for six or more years in the previous decade.

In 1968, French law was amended to provide a tax exemption for inheritance tax if the heirs transfer the inherited artworks to public property (‘la dation enpaiement'). In the more than 50 years since this amendment, French museums have received a significant quantity of artworks. In 1982, “The Astronomer” by Vermeer was accepted by the Louvre as dation en paiement and the Centre Pompidou received Andre Breton's “Wall of Objects”.

The UK: the success of acceptance in lieu

The only exception is that the estate of a spouse is not taxable if inherited by the other spouse, no matter the value of asset.

An Acceptance in Lieu scheme, allowing heirs to be exempt from inheritance tax by transfer of the artworks to public property, was adopted in the UK in 1909, and later served as inspiration for the French dation en paiement. In the UK, this tax exemption also implies a decrease in the tax burden for the whole inherited estate. Furthermore, for an agreed period of time, the artwork transferred to public property may be privately owned by the heir, on the condition that a reasonable level of access for the general public will be provided.

In particular, in 2016, an unfinished Lucian Freud self-portrait was transferred to the National Portrait Gallery in London in exchange for tax relief of more than £559,000. Prior to this, Freud's collection of 40 paintings and drawings by his friend Frank Auerbach was distributed to galleries across the UK in lieu of about £16 million in inheritance tax, which was the largest Acceptance in Lieu arrangement since its inception.

Non-residents pay an inheritance tax for the whole estate that was physically located in the US at the moment of the death of its owner. The maximum tax rate is 40%.

For US residents, only that part of the estate that exceeds a certain threshold (US$11,400,000 in 2019) is taxable. Spouses are exempt from inheritance tax on the other spouse's estate.

The tax amount is calculated based on the fair market value of the inherited artwork. Furthermore, it's up to the heir to appraise the inherited estate, but the US Internal Revenue Service is entitled to verify the reported value either at the moment when the tax is paid or after the event, which constitutes an important risk of additional tax exposure.

In particular, in the Estate of Kollsmanov. Commissioner case, the IRS claimed for the underreported value of two paintings inherited in 2005 and later sold by auction at higher prices. This refers to “Dance Around the Maypole” by Pieter Brueghel the Younger and “Orpheus Charming the Animals” (the Breughel studio). In the opinion of a Sotheby's expert, the fair market values of the two paintings were US$500,000 and US$100,000 respectively. In January 2009, “Maypole” was sold at Sotheby’s for approximately US$2,500,000. The court found the valuations provided by the Sotheby’s expert to be unreliable because of a conflict of interest, because Sotheby’s had received the exclusive right to sell the paintings in question. The tax value was finally determined by court decision in 2017 as US$1,995,000 for “Maypole” and US$375,000 for “Orpheus,” which led to additional charges including tax, fines and penalties.

Similarly, the IRS reassessed the value of “Canyon” by Robert Rauschenberg, a 1959 combine painting. Curiously, “Canyon” features a stuffed bald eagle. At present, the bird is on the US government's list of threatened species and, in 1940, several laws were adopted prohibiting any commercial transactions concerning these birds. “Canyon” was originally owned by Ileana Sonnabend, until it was bequeathed to her heirs upon her death in 2007. Its value was determined to be US$0 because it could not be sold according to American law. However, the IRS valued the piece at US$65 million and charged Sonnabend’s heirs almost US$41 million in taxes and penalties. By that time, the better part of Ileana Sonnabend’s collection had already been sold by her heirs to pay the estate tax of US$470 million on the total assets.

As US tax legislation has no tool similar to the British Acceptance in Lieu scheme, this stalemate situation for the heirs was resolved only in 2012, when they entered into a special agreement with the IRS. Under its terms, the artwork in question was donated to the New York Museum of Modern Art (MoMA) in exchange for the IRS withdrawing its tax claim.

The Importance of professional estate planning

A lack of tax and estate planning may lead to either the forced transfer of artworks to public property or their sale in order to be able to pay the taxes arising from their inheritance.

Therefore, it is highly recommended to not hold or make use of any artworks in countries that charge inheritance tax on all movable property located in their territory (France, UK, US, etc.) if the ownership is registered directly to a person resident outside such countries.

In most cases, the risk of tax exposure connected with the inheritance of artworks may be effectively eliminated by transferring assets to a special trust (for example, a private-benefit (family-) foundation in Liechtenstein). As well as eliminating the risk of inheritance tax exposure, ownership of artworks through a trust is an effective way of reducing the risk of the appropriation of such objects as a consequence of the personal commitments of either the founder of the trust or the heirs and named beneficiaries of such a trust.

As artworks become the property of a trust from the moment of their transfer to the trust structure, they won’t be included in the inherited estate. Therefore, any regulations concerning legitimate proportions of inheritance don’t apply to artworks transferred to a trust. Moreover, there is no requirement to obtain a certificate of inheritance rights for the part of an estate that is transferred to a trust. And finally, a trustee is entitled to the distribution of assets or income gained from the use of such assets between beneficiaries according to trust documents immediately after the inheritance situation arises, without the need to wait for the opening of an inheritance case (a sort of probate case, which, in Russia, is carried out by a Notary Public) and acceptance of the inheritance.

Certainly, all the advantages described above may be effectively achieved only if the trust is incorporated and managed by a legal advisor. Such an expert should be experienced in the tax and inheritance laws of all the countries involved, as well as being aware of the most recent legal precedents around sham trusts and the consequent recovery of trust property.

In general, the proper structuring of succession with respect to artworks is essential not only in avoiding sudden tax obligations involving one’s heirs, but can also save the collection as a whole and prevent it being split it into pieces or falling into the hands of undesirable persons (including among the heirs). 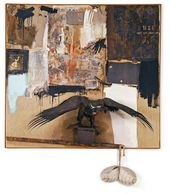 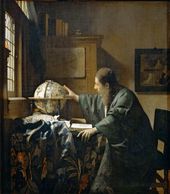 PIETER BRUEGHEL THE YOUNGER. The Dance Around The Maypole
Private collection