Rautenstrauch-Joest-Museum Cultures of the world | Resist! The Art of Resistance

RESIST!
THE ART OF RESISTANCE 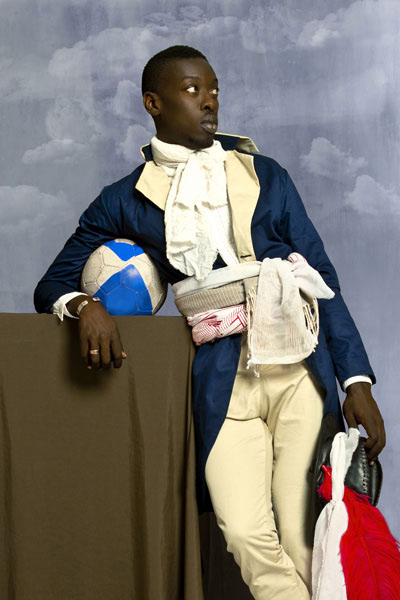 Through historical objects from the RJM's anthropological collection and works by 27 contemporary artists from the Global South or the diaspora, such as Kader Attia, Kara Walker, Patricia Kaersenhout and Ayrson Heráclito, the exhibition highlights 500 years of anti-colonial resistance. It pays tribute to those who resisted in the most diverse ways and focuses on the dramatic effects and persistence of colonial power relations.

Six women, curators and activists were invited to curate their own spaces for the exhibition. Nigerian artist and art historian Peju Layiwola addresses the restitution debates surrounding looted cultural assets from the Kingdom of Benin in what is now Nigeria, assets that are still in the RJM collection today. Namibian activists Esther Utjiua Muinjangue and Ida Hoffmann talk about the German genocide of the Herero and Nama tribes in Namibia. The Hungarian art historian and curator Tímea Junghaus shows the long struggle of Roma and Sinti (Europe’s largest ethnic minority group) for cultural self-determination and how this connects to colonialism and decolonisation. Finally, Cologne activists Elizaveta Khan and Mona Leitmeier establish a link between anti-colonial resistance and local resistance by people from the diaspora in Cologne.