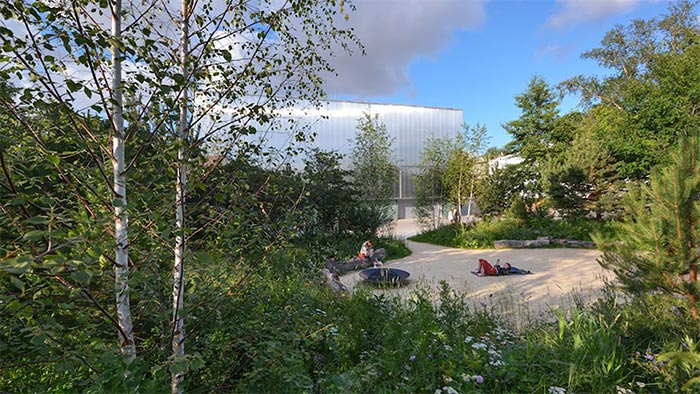 Ahead of the new season in September we are celebrating the tranquility of the hot weather and the vacation period by sticking to a routine. In this newsletter we want to share with you a selection of projects that our various departments have been busy with recently.

THE CHRONICLE OF GARAGE

To mark the Museum’s thirteenth birthday on June 12, Garage Archive Collection team presented a research project documenting the stages of development of the Museum. The chronicle reflects the history of Garage since its establishment and is based on materials in the Museum’s institutional archive, which was launched in 2016 and is available on the Russian Art Archive Network. The team chose not to produce an “artificial selection” of key events in the Museum’s history, instead presenting the life of Garage as it developed. The Chronicle is constantly updated with current events at Garage. 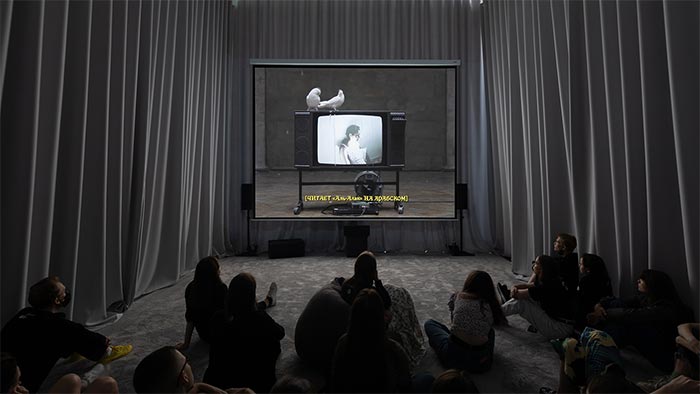 From July 5 to August 15, Garage presents the first solo exhibition in Russia by Qatari-American artist, writer, and filmmaker Sophia Al-Maria. It is curated by Valentin Diaconov. The two works exhibited at Garage display the range of Al-Maria’s visual language and unending thirst for experimenting with form and narrative. Mothership (2017) is a video installation that depicts a possible encounter with extraterrestrial life in the vast darkness of the desert. Beast Type Song (2019) is a large-scale video installation that serves as both a network of personal histories of colonial erasure and a call to arms, conveyed through monologue, conversation, and dance. This project is the last in a series of exhibitions exploring the language of contemporary video art, and follows presentations of work by David Claerbout and Rodney Graham. 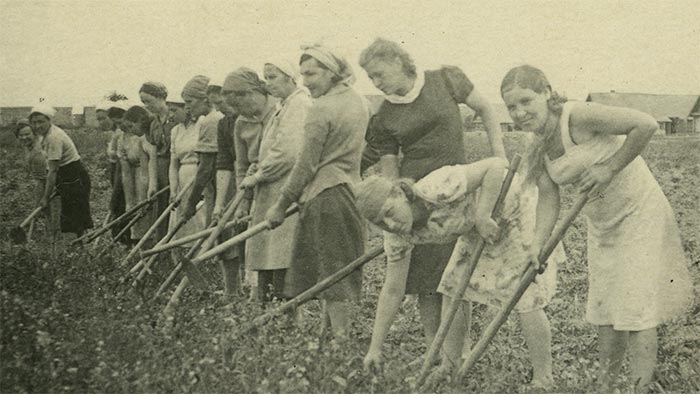 We have three new artistic research projects as part of Garage Field Research. Olga Grotova's The Friendship Garden explores the land cultivation practices of Soviet women. The research opens up complex discussions around the state, the body, female self-expression through connection to the land, and friendship as an alternative economic force. False Sun. The Paradox of Truth by Hanna Zubkova is built around the found personal archive of a Soviet philosopher and agent of communication between the USSR and France during the Cold War. The investigation problematizes personal experience in given ideologized spaces, reflecting on the notion of truth and its place in epistemic systems and in models for describing and articulating the world. Farhad Farzali’s project The Banned Love Poem explores a story of a song which made an incredible historical journey from Soviet Azerbaijan in the 1930s, though Beirut in the 1970s, to Cairo during the Arab Spring. Existing in at least five different languages, including Azerbaijani, Armenian, Greek, Arabic, and Turkish, the song became a pan-ethnic anthem in many cultures. 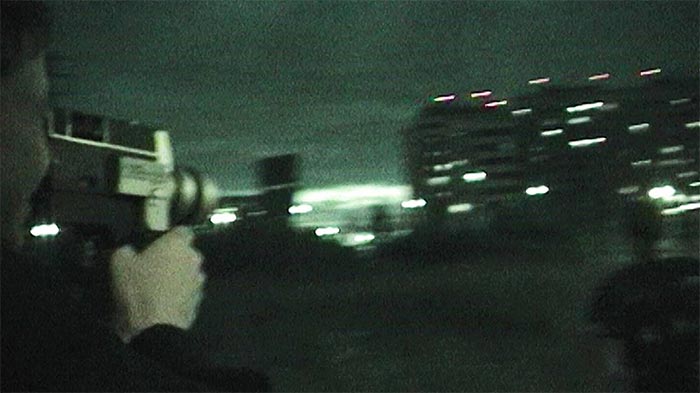 Garage has launched a series of books about film. The first title to be published is a Russian translation of Jean-Luc Nancy’s essay The Evidence of Film: Abbas Kiarostami, which analyzes the work of Iranian director Abbas Kiarostami. A major retrospective of his films is taking place now at Garage Screen, accompanied by a comprehensive public program.

As part of the Museum’s focus on the moving image, we have launched a new film grant to support the creation of experimental films and cinematic works at the intersection with contemporary art, the most vulnerable area within the Russian film industry. The first project to be supported is the debut feature by Sasha Kulak, A Hawk as Big as a Horse, in which a fictional cinematic universe is experienced as part of the everyday, becoming a means of shaping and expanding identity. Kulak’s film was selected by the Museum’s curatorial board. In future, program participants will be selected based on an open competition. Detailed information about the film grant, its structure, and its size will be announced by the end of 2021. 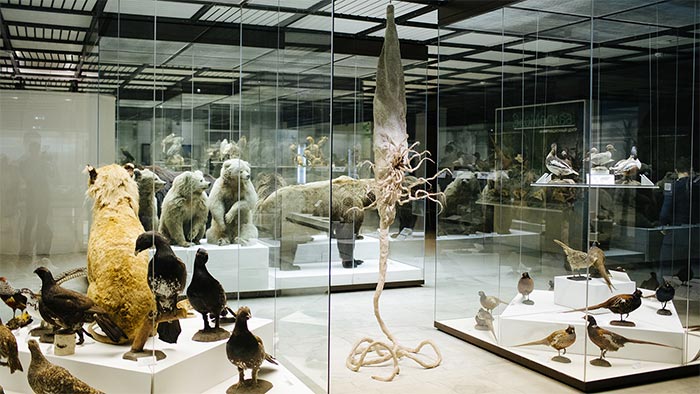 On July 4, graduates of the joint master’s program offered by Garage and the Higher School of Economics opened an exhibition in the State Darwin Museum, Moscow. Museum of Artificial History invites visitors to look at the world of non-human beings, systematize them, and imagine a non-existent museum. The show is organized in collaboration with Zigota neural network and features the works of contemporary artists integrated into the permanent collection of Darwin Museum. The museum was established in 1907 as a groundbreaking institution focused on biological evolution. The exhibition is on view until September 12. It includes the artists Mariya Bogoraz, Ekaterina Bryskina, Ilya Fedotov-Fyodorov, Dunya Frankstein, Kseniya Kadrova, Aleksey Kazantsev, Kseniya Markelova, Slava Nesterov, Darya Sedova, Miriam Simun, Sofa Skidan, and Elina Zazulya. 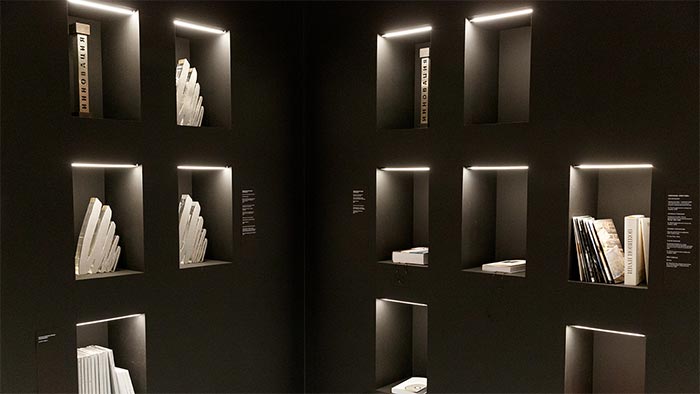 On June 25, the exhibition of Innovation Prize nominees opened at the Volga-Vyatka branch of the Pushkin State Museum of Fine Arts (Arsenal), Nizhny Novgorod. A number of Garage projects have been nominated. We Treasure Our Lucid Dreams is nominated as project of the year; the curators of the 2nd Garage Triennial of Russian Contemporary Art, Valentin Diaconov and Anastasiya Mityushina, are nominated as curator of the year, and three Garage publications — In Search of Lost Sound by Andrey Smirnov, А Medium for the Masses by Serguei Oushakine, and Open Systems: Self-Organized Art Initiatives in Russia, 2000–2020 — were selected for the book of the year nomination. The Innovation Prize is the key state-supported prize for contemporary art in Russia. 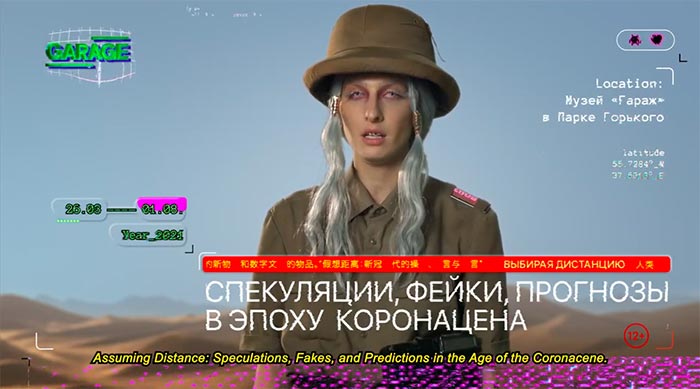 Check out the special video work launched as part of the promotion for the exhibition Assuming Distance. The video is available on the Garage Youtube channel and features Moscow-based musician and actor Musia Totibadze as an explorer and archeologist from a distant future who is hypothesizing on how the “Coronacene” might one day enter historical memory. 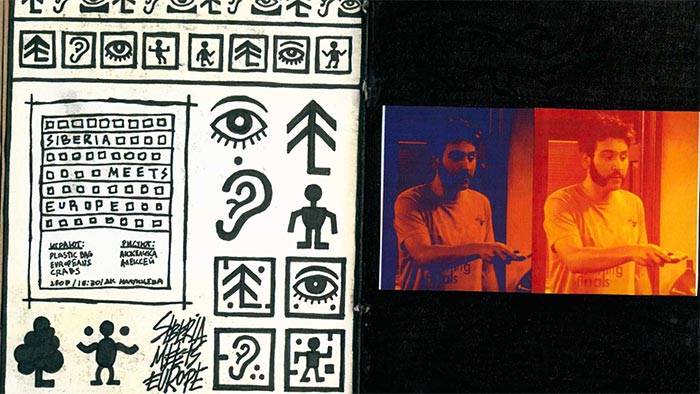 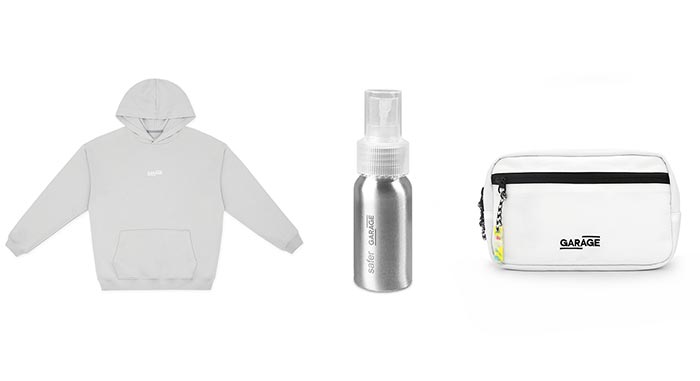 Since spring Garage Shop has been updating the basic line of branded clothing with newly designed minimalistic hoodies and T-shirts, as well as practical black backpacks and white belt bags with keychains made from recycled plastic. The Shop has also launched a special collaboration with Safer Zone, a Russian company that produces goods for safer living. We now offer line of refillable sanitizers with a mint scent designed specially for Garage. 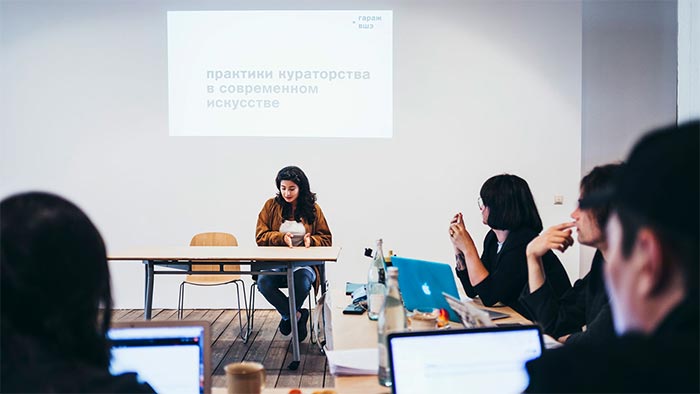 The joint master’s program Curatorial Practices in Contemporary Art, run by Garage and the Higher School of Economics, has opened enrolment for entry in fall 2021. The deadline for applications is August 16. Applications for grants should be submitted by July 31. 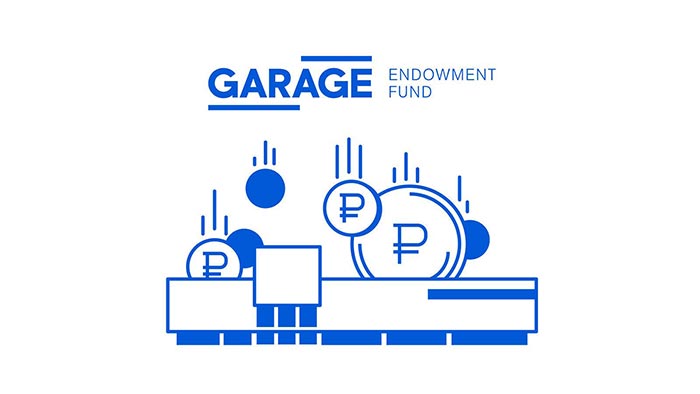 Garage Endowment Fund has announced its plans for the distribution of investment income. The initiatives that will receive support include Garage grants; the upcoming group exhibition Spirit Labor: Duration, Difficulty, and Affect; the acquisition of the Made in Dance project archive of documents on 1990s club culture in Russia for Garage Archive Collection; the acquisition of over 100 publications on Japanese contemporary art and culture for Garage Library; and a curatorial school for Russian performance and dance practitioners. 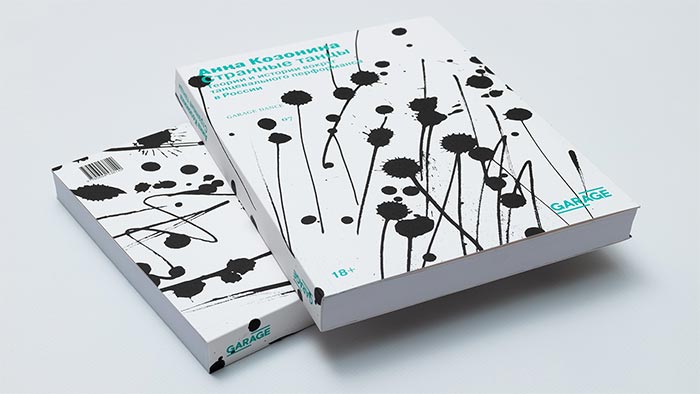 Garage has recently published a book long-awaited by Russian dance lovers, dance artists, choreography researchers, and curators. Strange Dance: Theories and Histories Around Dance Performance in Russia is by the young dance researcher Anna Kozonina and addresses the unconventional “new” Russian dance of the 2010s. This is the first such attempt to describe and analyze its “origins, values, methods, and institutional situation; to feel its connection with the Western history of dance, while also revealing its specificity.”