The Kunstmuseum Bern is presenting, in collaboration with the Menil Collection in Houston and the Museum of Modern Art, New York, the first major transatlantic retrospective devoted to Meret Oppenheim. It includes some 200 key works on paper, objects, sculptures and paintings, and among other things it gives a glimpse of the largest museum portfolio of works by the artist in the world, which is held by the Kunstmuseum Bern. Bern is the first stop of the exhibition and the only one in Europe. 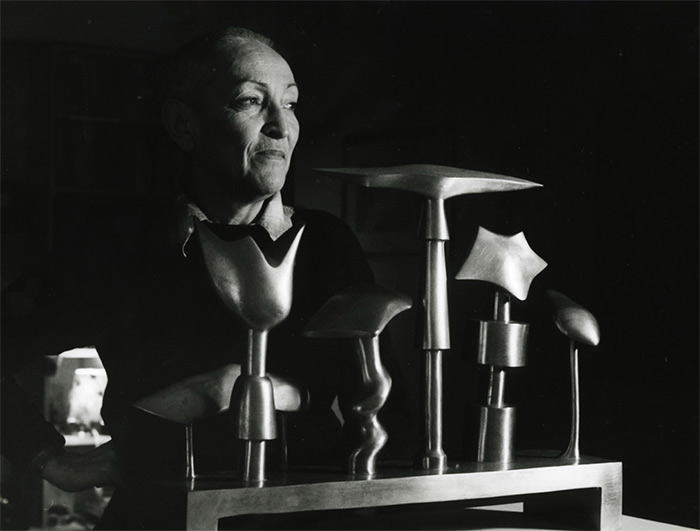 Key works from five decades
Today Meret Oppenheim is seen s the most significant Swiss artist of the 20th century and the most important representative of Surrealism. The transatlantic retrospective Meret Oppenheim. My Exhibition, which presents Oppenheim's significant oeuvre from five decades, reveals her work as being distinctly more varied. The exhibition encompasses both the artist's beginnings in the Paris of the 1930s and her further artistic development after the Second World War.

A radically open and astonishingly contemporary concept of art
Oppenheim's radically open concept of art, her connection with the living art scenes of Paris, Basel and Bern as well as their significance for her phases of artistic creativity become clearly apparent in the exhibition. At the same time, the diversity of Oppenheim's reuvre and its astonishingly contemporary nature come to light. Many phases of Oppenheim's work were received - and are to some extent still today - exclusively under the heading of Surrealism. Meret Oppenheim herself, however, vehemently resisted any kind of one-sided appropriation. The selection of works and in particular the less well-known works from the 1960s, 1970s and 1980s show Oppenheim as a contemporary artist who developed an independent and powerful artistic voice through her engagement with Pop Art, Nouveau Realisme and monochrome painting.

Paris - Basel - Bern
Meret Oppenheim was born in Berlin in 1913. She spent her childhood in Southern Germany, Basel and Carona in Ticino. After her school days she decided to become an artist. In 1932, at the age of only 18, she first travelled to Paris for a few months and worked in various studios. She soon became acquainted with Jean Arp, Alberto Giacometti, Max Ernst and Sophie Taeuber- Arp. In October 1933 she first showed her work in an exhibition by the Surrealist group and from then on she was part of the circle around Andre Breton, becoming friends with Leonor Fini, Dora Maar, Marcel Duchamp, Man Ray and Andre Pieyre de Mandiargues. In the 1930s Oppenheim's family emigrated to Switzerland, having suffered discrimination in Germany because of their Jewish surname. Oppenheim subsequently moved to Basel. Contact with her Parisian artist friends, many of whom left the country as well, was maintained almost exclusively through letters. Oppenheim experienced isolation as a limitation, and it had an effect on her artistic productivity. In 1949, Oppenheim married Wolfgang La Roche and moved with him to Bern.

It was there in 1954 that the period which had begun in 1937, and which Oppenheim herself described as a crisis, came to an end. She moved into a studio and became part of the very lively Bern art scene which met regularly in the Cafe de Commerce. With numerous exhibitions, including her first retrospective in the Moderna Museet in Stockholm, Oppenheim established herself as an artist. In 1972 she once again took a studio in Paris and from then on travelled regularly between Bern, Paris and Carona. This was followed by the first retrospective in Switzerland, the Art Prize of the city of Basel, the Big Art Prize of Berlin and an invitation to documents.

My Exhibition
In 1984, the Kunsthalle Bern showed a major Oppenheim retrospective for the first time in Bern. It was based around a group of drawings with the title "M.O.: Mon exposition", in which Oppenheim imagined an exhibition of her life's work with over two hundred works that she selected for the purpose and reproduced in miniature. However, she always stressed that this was "only one example" among many possible retrospectives. The retrospective in the Kunstmuseum Bern follows the same principle and thus stresses Oppenheim's confident treatment of her own work, whose reception she actively helped to guide from the 1970s onwards. 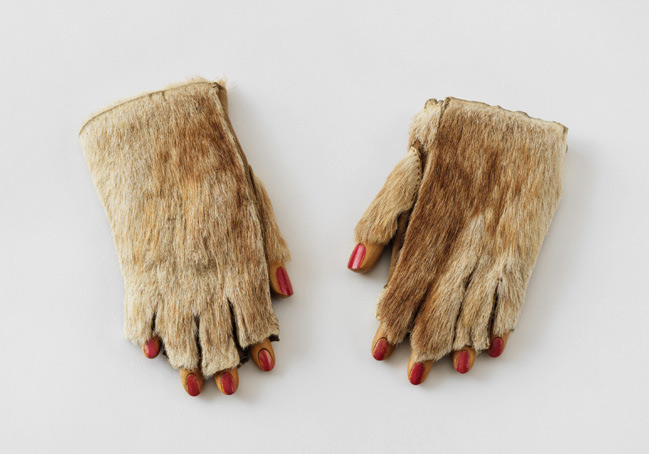 Accompanying programme
The exhibition is supported by a diverse accompanying programme. Apart from regular public guided tours and a programme for families and children, between 6:00 and 7:00 pm on 3 November 2021, a digital curator's talk with Nina Zimmer, Kunstmuseum Bern, Anne Umland, The Museum of Modern Art, and Natalie Dupecher, The Menil Collection, will be held via zoom. At 3:00 pm on 6 November 2021, the artist Sophie Jung and the poet and author Quinn Latimer enter into an artistic dialogue with the poems and works of Meret Oppenheim. On 9 November 2021, the Bern author Meral Kureyshi reads from her book Funf Jahreszeiten. At 1:00 pm on 28 November 2021, the artist's contemporaries and colleagues Marlies Kornfeld, Lisa Wenger, Christoph Burgi and Christian Jaquet share their memories of Meret Oppenheim in conversation, and from December 2021 until January 2022 there will be three special guided tours about Oppenheim's use of materials with Nathalie Baschlin, the director of conservation.