The Nabis group founded in 1888 around the artists Pierre Bonnard, Maurice Denis, Felix Vallotton and Edouard Vuillard, symbolises the beginnings of modern art. The farewell exhibition of the Hahnloser/Jaeggli Collection at the Kunstmuseum Bern shows its most prominent works by the painters of this courageous movement, and reveals their diverse connections with Paul Gauguin and Odilon Redon. 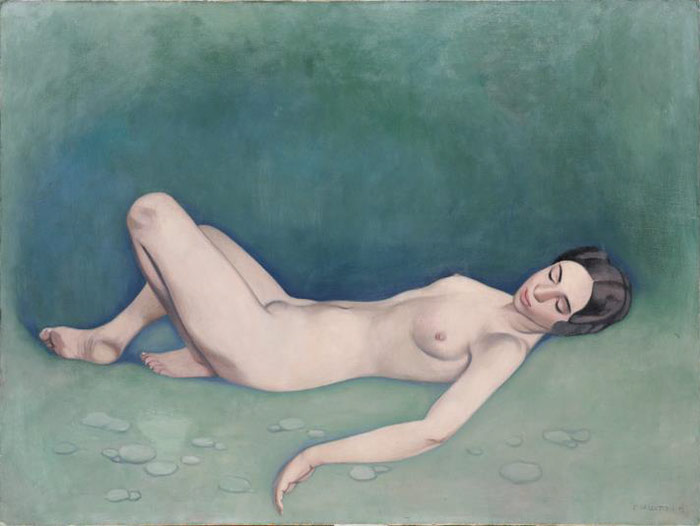 At the turn of the 20th century art moved from figurative forms of representation to abstraction. The Nabis group, founded around the artists Pierre Bonnard, Maurice Denis, Felix Vallotton and Edouard Vuillard, symbolises this collapse of Impressionism and the move towards a modern and abstract art.

‘It is good to remember that a painting, before it is a warhorse, a naked woman or some kind of anecdote, is essentially a fiat surface painted with colours applied in a particular sequence.‘ Maurice Denis

The name of the group, 'Nabis', derives from the Flebrew term nebiim meaning 'prophets' or 'initiates' - according to Paul Gauguin, the definition of every true artist. This is also reflected in the title of the exhibition ‘Vivre notre temps!’ [To live our time], which comes from a remark by the col lector Fledy Hahnloser. In it she expresses the conviction that it is only through exchange with artists and creative contemporaries that we can gain a better understanding of the significance and the goals of our own generation, and leave traces in our own time. 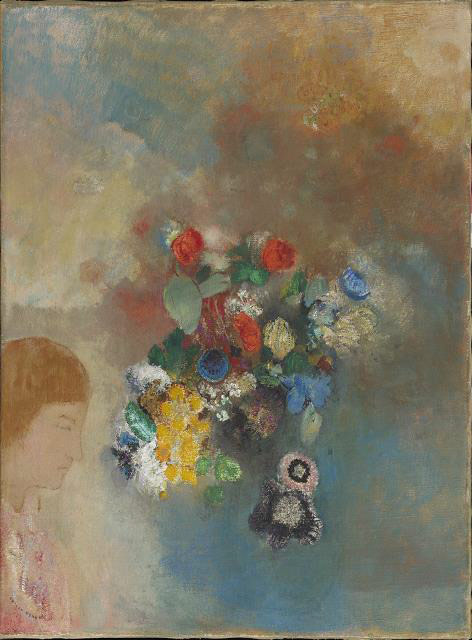 The farewell exhibition of the Hahnloser/Jaeggli Collection at the Kunstmuseum Bern is devoted to this fast-living, important group of artists. Although the Nabis are not connected by a unified style or a unified technique or development, their representations are based on the same revolutionary ideas of this time of turmoil leading up to the turn of the 20th century, which lastingly shaped every member of the group. And a fascinating double rootedness comes to light: undisputedly in Paul Gauguin and more subtly in Odilon Redon.

Intimate places: Tensions between subjects and artistic representations One focus of the exhibition is on 'intimate spaces' as sources of inspiration and subjects for the Nabis. In these we can clearly see the tensions, typical of the beginnings of modern art, between old and new, between object and colour plane, and between mimesis and experiment. 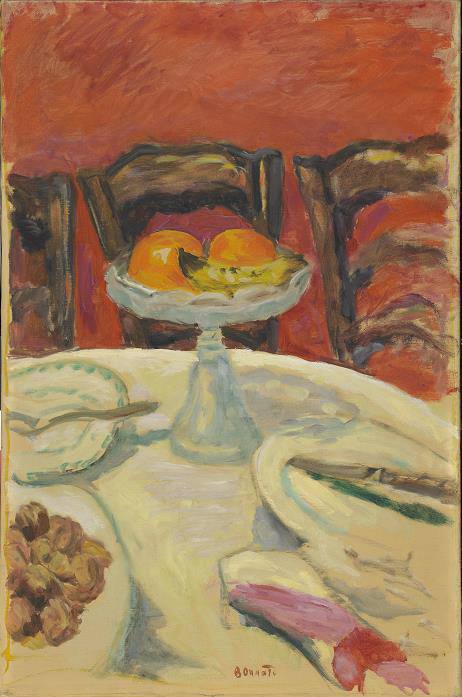 Unlike the Impressionists the Nabis were not interested in depicting the pulsing life of the city with its densely populated boulevards and squares and parks teeming with life, but instead directed their gaze at their immediate surroundings, showing figures in 'intimate spaces' with 'local flair', landscapes, everyday situations and still lifes. Their figures most appear in domestic situations, whether in undisturbed moments in dressing rooms or bedrooms, dining rooms or drawing rooms, on the balcony, the terrace or in the garden behind the house. Although the Nabis work with these classical motifs, their works emanate something unfamiliar and ungraspable, and do not have a naturalistic appearance. Instead the group used these subjects to explore new forms of representation and a new perception of the very familiar. The works are dominated by monochrome colour planes and radical reduction, narrative components are often missing and the boundaries between portrait and still life are fluidly blurred. The figures do not occupy the space as subjects, but merge with it.

With their ideas and new forms of representation the Nabis prepared the way for modern art, in which it was no longer a question of transposing things naturalistically, but of complicating them. In thejuxtaposition of works by the Nabis with works by their most important models Paul Gauguin and Odilon Redon the exhibition clearly reveals their multiple roots in these two important artists and captures the moment in which artistic vocabulary was reevaluated.

Public guided tours in English Sunday, 15 May 2022, 11.30 am*
Tuesday, 28 June 2022, 19.30 pm, with a focus on the women in the Nabis paintings*
* with the curator Marta Dziewanska With the support of Kanton Bern, Credit Suisse, Burgergemeinde Bern and UNIQA Fine Art Insurance