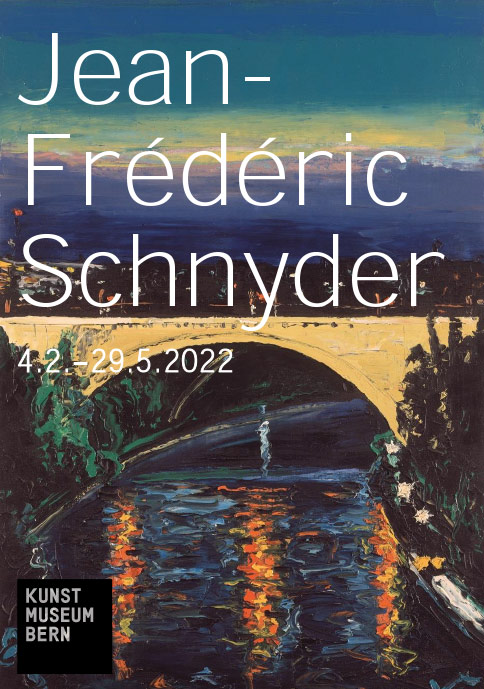 The exhibition of Jean-Frédéric Schnyder at the Kunstmuseum Bern only runs until Sunday, 29 May 2022.

Bern is celebrating the important Swiss artist Jean-Frederic Schnyder. In addition to a solo exhibition in the Kunsthalle Ben, the Kunstmuseum Bern is showing a hanging from its own collection holdings. The artist himself has made a selection of 68 early works and arranged them in an overall installation.

Jean-Frederic Schnyder, who was born in 1945 in Basel and grew up in Bern, came to art as an autodidact in the 1960s. At the age of 24, his works were shown in HaraLd Szeemann's ground-breaking exhibition When Attitudes Become Form. The exhibition in the Kunstmuseum Bern is concentrated above all on early works from the years 1967-1985, which document the emergence of his concept of art and his different approaches. The focus is on his diverse series of paintings. 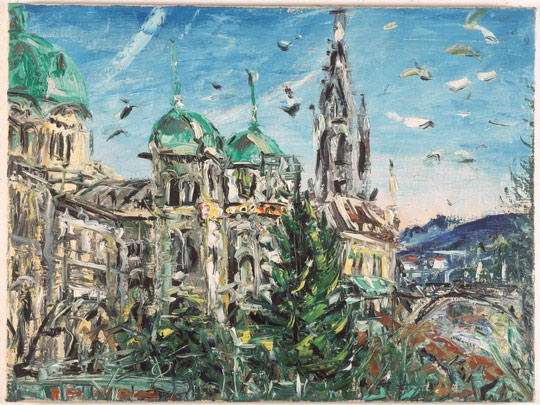 Everything is worthy of a painting
After his beginnings in sculpture, along with his wife, the artist Margret Ru- fener, Schnyder turned to painting at the beginning of the 1970s. After a do-it- yourself course by Walter T. Forster, they conscientiously painted scantily dressed women, sad clown faces and sultry sunsets. Schnyder did not become a 'serious' painter until 1982, when he bought a racing bicycle and an easel, explored the surroundings of Bern and painted 126 Berner Veduten (Bern Views). Unlike the Bern miniature masters, to whom he refers loosely in terms of motif and format, Schnyder did not only concentrate on picturesque scenes, but also shows shopping centres, office buildings and underpasses. 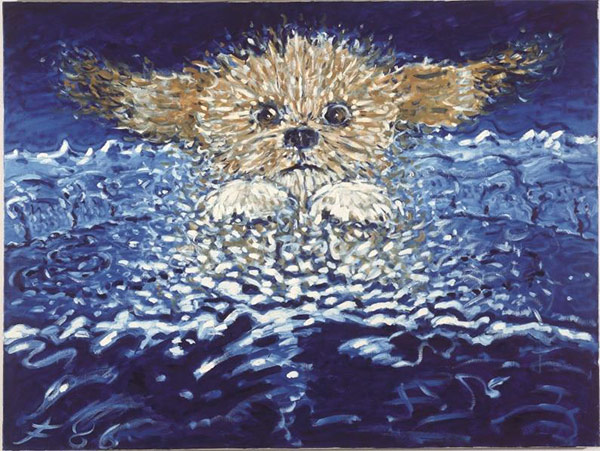 The search for the beautiful in the average, the banal and the everyday is not only central to the Berner Veduten The artist already made his sculptures and objects in materials alien to serious art, making use of chewing gum, plastic,joss sticks, tin and banana crates. In his career he painted series of motorways and fabric-conditioner bottes, Mickey Mouse as wel I as his dog Dritchi in different contexts - always with a view to creating works that are “simply beautiful and make people happy” and which prompt authentic emotions. His style varies between the naturalist, the expressive and the nonfigurative, according to the pictorial language which, in the view of the artist, best suits the object depicted.

Schnyder’s tightrope walk
Schnyder's oeuvre is characterised by a non-elitist vision of art and a stubborn resistance against the fashionable. So the exhibition in the Kunstmuseum Bern, arranged as a large installation, recalls a cabinet of curiosities displaying an enormous variety of groups of works and phases from the artist's career, with an aura of timelessness. It takes the visitor on a tightrope walk between kitsch, humour, provocation and seriousness, and invites the viewer to have an intense encounter with Schnyder's artistic cosmos. The exhibition is rounded off with various guided tours as well as numerous offers for children and families.

1969
Takes part in the legendary exhibition When Attitudes Become Formin the Kunsthalle Bern.

1982
Takes part in documenta 7. In the same year he makes the series of Berner Veduten (Bern Views), consisting of over one hundred parts in all.

1992/93
Produces the painting cycle Wanderung(Walking Tour), which includes 119 views of motorways, and which the artist finally shows in the Swiss Pavilion at the Biennale di Venezia.