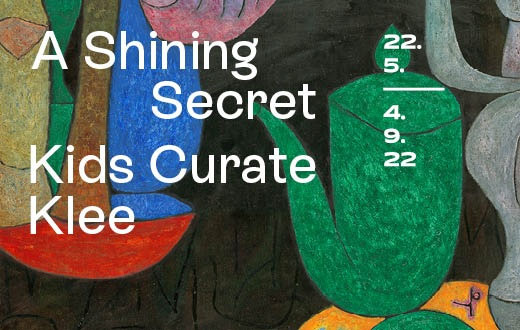 The Zentrum Paul Klee is showing one of Switzerland’s first museum exhibitions curated by children. In a 10-month project, children had the opportunity to shape the selection of paintings, their presentation and the narrative of the exhibition. Paul Klee’s colourful paintings and poetic drawings are accompanied by a film about the project, audio stations recorded by the children as well as poems. 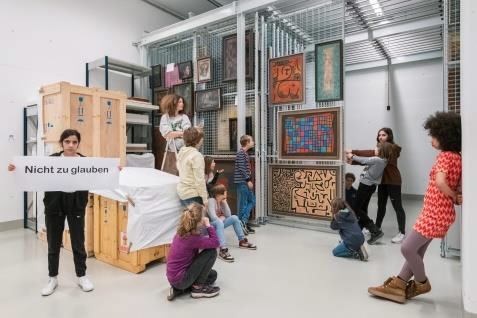 Pioneering project in the spirit of Paul Klee
The Zentrum Paul Klee has taken the daring step of launching a unigue pioneering project. As the title itself reveals, this year's summer exhibition devoted to Paul Klee is curated by children. With this, the Zentrum Paul Klee is building on the artist's fascination with children's vision of the world. Like many other avant-garde artists Klee sought possibilities for the renewal of art and wanted to liberate it from historical ballast and academic conventions - not least through an intense engagement with children's drawings. Contact with his son Felix also provided Klee with many crucial stimuli and ideas. The curatorial experiment in the Zentrum Paul Klee takes this effort into account, and guides the children's eyes towards the work of Paul Klee himself.

Since last August, a 13-strong group of children between the ages of 8 and 12 has been taking part in weekly workshops with the exhibition and community departments of the Zentrum Paul Klee and the Children's Museum Creaviva to develop the theme for a major Klee exhibition. They collaborated as curators on all the tasks of the conception and realisation of the exhibition such as the finding of themes and titles, the selection of works as well as the writing of texts. They were also involved in the design and promotion work. With their tireless curiosity they not only playfully immersed themselves in the creative cosmos of Paul Klee, but as researchers also discovered a fascinating and also a tragic story which they present in A Shining Secret. Children curate Klee.

A true story of friendship, love and family
At the centre of the exhibition is Gias-Fassade [Glass Fagade] from 1939, one of the last works that Paul Klee painted before his death in 1940. The painting was chosen by the children as the main work in the exhibition, and has a secret picture on the back. In twelve stages, starting with Gias-Fassade, the exhibition tells a true story from the life of Paul Klee. It is a story about friendship, love and family, but also about parting and grief, which addresses the issues of the day and hope for a better future. In short: a story of what it means to be a human being. The journey, which Leads through KLee's life with around 160 works and shows how he reacted artistically to key events and experiences, begins with the colours and shapes of Glas-Fassadeand its mysterious reverse side. The selection of paintings is complemented by audio stations recorded by the children, poems that they have derived from the titles of Paul Klee's works, and an interactive stage with their working materials. In order to provide a glimpse into the process of the creative and working process, the exhibition also includes a documentary film in dialect with French subtitles. 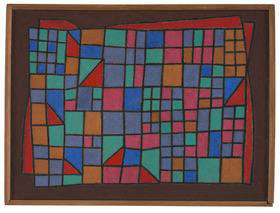 The result of this extraordinary project is an exhibition that casts a fresh and poetic eye on Paul Klee, his work and his milieu, and which is expressly aimed at both children <a/7c/adults. Only animals will have to stay outside - with the exception of Paul Klee's cat Bimbo, one of the protagonists of the exhibition.

Cooperation
The project is a collaboration between the Departments Collection, Exhibitions, Research and Community Building of the Zentrum Paul Klee and the Children's Museum Creaviva.

Opening
The opening of the exhibition will take place on Sunday, 22 May 2022, from 10:00 am. The children will officially open the doors to their exhibition on this day, and admission to both exhibitions at the Zentrum Paul Klee is free.

1898
He finishes his secondary education with a Matura. After wondering whether to become a musician or a painter he decides to go to Munich where he attends the private drawing school run by Heinrich Knirr.

1900
At the Munich Academy he studies painting under Franz von Stuck.

1901/1902
Klee and the Bern sculptor Hermann Haller leave for a six-month period edu- cationaljourney to Italy. The overwhelming richness of Rome's classical art
plunges Klee into an artistic crisis.

1902-1906
To find himself and mature he withdraws at his parents' home in Bern, where
he makes his first reverse glass paintings and etchings.

1908
Exhibition at the Munich and Berlin Secession.

1910
Participation in a group exhibition with fifty-six works at the Kunstmuseum Bern, moving on to Zurich, Winterthur, and Basel.

1911
Klee starts with the illustration of Voltaire's Candide.

1912
Participation in the second Blue Rider exhibition in Munich with seventeen works. In April, he travels to Paris and visits the artists Robert and Sonia Delaunay.