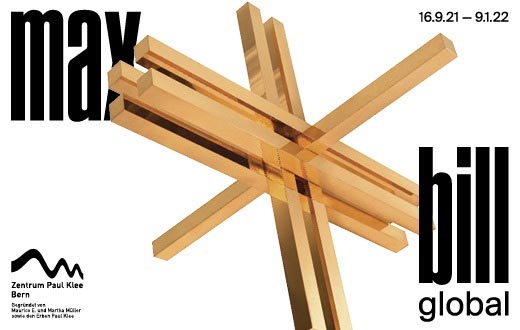 The Swiss artist Max Bill was an architect, artist, designer, theorist and also an outstanding networker. As a young man he founded new artistic groups such as 'gruppe z’ and 'die augen’, joined the established movement ‘Abstraction-Creation’ in Paris, organised exhibitions and published essays. The exhibition "max bill global" focuses for the first time on Bill's artistic network and demonstrates the important part played by international contacts in the development and reception of the homo universalis’. 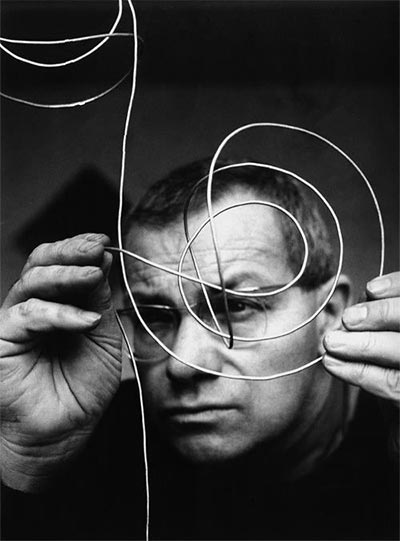 Max Bill was one of the most influential figures in design and art in the mid-20th century. As a painter, sculptor, architect, designer, graphic artist and typographer, and also as a theorist, collector, curator, publicist, teacher, politician and activist he processed impulses from the greatest variety of disciplines and trends of his time. Throughout his life he formed and nurtured a global network of contacts, and always committed himself to an international artistic dialogue. As a builder of bridges between generations and across national frontiers, he encouraged discussion on current questions of design and presented these to a wide public in exhibitions and publications. He established standards for compositional principles in printmaking, product design and architecture. He always strove for solutions that were economic, durable and at the same time aesthetic. While Bill sawthe potential for improving people's lives in applied art, free art was to serve society in a spiritual respect. At the same time he was highly skilled at using his broad network for his purposes. Even though Bill, with his ambitious and direct manner, was often rejected, he went on to become one of the most prominent representatives, advocates and theorists of concrete art.

About the exhibition
For the first time, the exhibition in the Zentrum Paul Klee concentrates on Bill's broad and international system of different relationships, and demonstrates their central importance for his success. The thread passing through the exhibition is made up of around 90 works by Max Bill from every phase of his career, revealing all facets of the artist's work. Apart from painting, drawings, three-dimensional works and sculptures, it includes a selection of serially produced objects of everyday use, sketches, posters and designer objects composed by the artist. The largely chronological presentation is complemented by some 50 works by artists from Max Bill's artistic milieu and his circle of friends, including Josef Albers, Hans Arp, Theo van Doesburg, Lyonel Feininger, Camille Louis Graeser, Donald Judd, Wassily Kandinsky, Paul Klee, Frantisek Kupka, Richard Paul Lohse, Tomas Maldonado, Almir Mavignier, Laszlo Moholy-Nagy, Piet Mondrian, Antoine Pevsner, Oskar Schlemmer, Sophie Taeuber-Arp, Joaquin Torres-Garcia, Georges Vantongerloo, Mary Vieira, Andy Warhol and Hanns Robert Welti. In this way the exhibition displays the multiple interdisciplinary relationships and mutual impulses.

From the Bauhaus via Paris to Latin America, Ulm and the USA
Even at a young age Bill began to establish a network that would continue growing until the end of his life, and ultimately cover two continents. The exhibition follows the most important stages of Bill's career, and sets out the artist's most fruitful encounters. The starting point is Bill's two years at the Bauhaus in Dessau, where, as a twenty-year-old, he established long-lasting connections with Paul Klee, Josef Albers, Gunta Stolzl, Wassily Kandinsky and Helene Nonne-Schmidt, and founded 'gruppe z' along with other students. Back in Zurich this was followed in 1929 by the foundation of the artists' group 'die augen' ('the eyes'), and in 1930 by a trip to Paris that would determine the direction his career would take. It was there that he managed to insert himself into the international avant-garde context around the artists' group 'Abstraction-Creation', which included among others Georges Vantongerloo, Sophie Taeuber-Arp, Hans Arp, Antoine Pevsner and Piet Mondrian. Subsequently Bill also established himself in Switzerland, and in 1936 he had his first works shown in Kunsthaus Zurich. In 1937, the artists' group 'Allianz' was formed, whose central core around Bill together with Camille Louise Graeser, Verena Loewensberg, Richard Paul Lohse and Anton Stankowski, achieved international fame as the 'Zurich Concrete Artists’. Bill's encounter with Pietro Maria and Lina Bo Bardi was crucial to his career. It led in 1951 to a major Bill exhibition in the Museu de Arte de Sao Paulo and the first prize at the 1st Sao Paulo Bienal. Both events brought him great fame in Latin America, above all in Brazil and Argentina. Young artists like Mary Vieira, Almir Mavignier and Alexander Wollner followed him to the College of Design in Ulm, where he was rector from 1953. Here too he skilfully used his contacts, and invited former teachers and students from the Bauhaus to Ulm, and thus brought them together with young artists in an international context. The last chapter of the exhibition is devoted to Bill’s relationships in the USA, amongst others with a younger generation of American artists such as Charles and Ray Eames, and artists working in Minimal Art such as Donald Judd, Carl Andre and Richard Serra, who were fascinated by Bill's life's work in spite of their differing views.

Accompanying programme
The contents of the exhibition are complemented and broadened by a varied accompanying programme. Aside from guided tours, both on-site and digital, the Zentrum Paul Klee is devoting a whole weekend to the design of yesterday, today and tomorrow on 6 and 7 November, in collaboration with the Bern Design Foundation. This will look at furniture design, 'good form', the contemporary status of Max Bill, and typography as a major Swiss export. Max Bill's activist and political side is explored on 2Д October, in a discussion with Bill's widow, the art historian Angela Thomas Schmid, and the film-maker and author Erich Schmid. And on 4 and 5 December, OFFCUT Bern will be hosted at the Zentrum Paul Klee with the 'market of possibilities'. Seating is explored with self-built stools, and visitors will design a communal work from OFFCUT’s nearly inexhaustible resources. Further events may be found in the appendix.

Catalogue
The exhibition is accompanied by a comprehensive catalogue in German and English published by Scheidegger & Spiess, which is available in the museum shop and in bookshops for CHF 49.