Exhibition of Magnificent Modern and Contemporary Ceramics Celebrates Gift from Robert A. Ellison Jr. to The Met 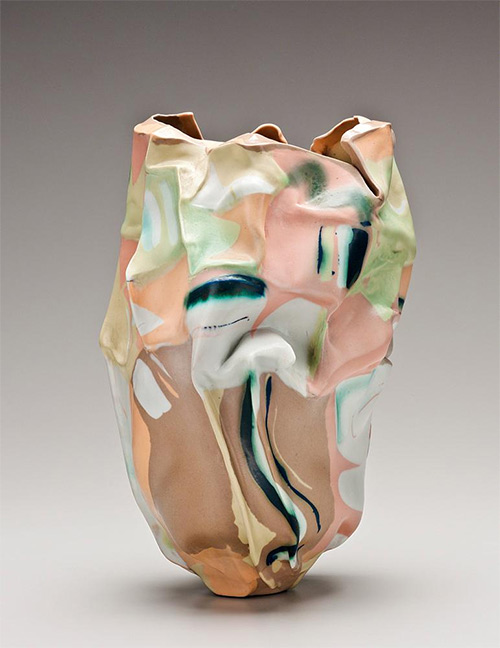 Shapes from Out of Nowhere: Ceramics from the Robert A. Ellison Jr. Collection celebrates an extraordinary gift to The Met of 125 modern and contemporary ceramics from Robert A. Ellison Jr., given to the Museum in honor of its 150th anniversary. The exhibition will present a selection of over 75 works from this unparalleled collection that charts the evolution of abstraction in clay from the second half of the 20th century through the present.

The exhibition is made possible by The Modern Circle.

Max Hollein, Marina Kellen French Director of The Met, commented, "For decades, Bob Ellison has transformed The Met's collection with extraordinary gifts of ceramics, a legacy of expertise and generosity made all the more remarkable with this most recent gift. We are deeply grateful to Bob for these outstanding works of art, which represent a diverse array of styles by both well-known and underrepresented artists alike from the last century. It will be an honor to share these objects of great beauty and innovation with our audiences."

"Museums are in many ways collections of collections that have been assembled with the keen eye of passionate individuals. Bob Ellison is one of these brilliant collectors," said Sheena Wagstaff, The Met's Leonard A. Lauder Chairman of Modern and Contemporary Art. "With this donation of marvelously imaginative works by a range of artists—many influenced by the eccentric Mississippian and accidental modernist George Ohr—The Met is now proud to own deep holdings of unique contemporary abstract forms in clay."

The exhibition highlights the myriad approaches embraced by artists who have challenged the long history of clay and its reliance on the potter's wheel; featured works range from slight deviations of traditional vessel forms to deconstructions that reject utility and exploit the boundless experimentation that clay affords. Mid-20th-century works by artists Axel Salto, Ken Price, Toshiko Takeazu, Katherine Choy, Peter Voulkos, and Wing Ng are seen alongside contemporary creations by artists who continue to expand the possibilities of the medium—Aneta Regel, Kathy Butterly, Syd Carpenter, and Lynda Benglis. Also included in the exhibition are eight striking works by the late 19th-century artist George Ohr. These loans from Ellison's private collection attest to Ohr's radical vision and foreshadow the embrace of abstraction and nonrepresentational forms by artists in the 1950s and 60s.

Ellison's extraordinary gift and this exhibition represent over 40 years of collecting ceramics, a passion that eventually crystallized into a singular approach emphasizing nonrepresentational form in clay. Presenting the work of 49 artists whose creations reject any lingering ideas of medium-based hierarchies, Shapes from Out of Nowhere: Ceramics from the Robert A. Ellison Jr. Collection celebrates artistic expression.

Shapes from Out of Nowhere: Ceramics from the Robert A. Ellison Jr. Collection is curated by Adrienne Spinozzi, Assistant Research Curator in the American Wing.

The related publication Shapes from Out of Nowhere: Ceramics from the Robert A. Ellison Jr. Collection, published by August Editions, will be available on The Met's website. The lavishly illustrated catalogue includes essays from by Glenn Adamson and Robert A. Ellison Jr., artist biographies by Elizabeth Essner, and an introduction by Adrienne Spinozzi.