EVERY OBJECT TELLS A STORY

AN EXHIBITION DEDICATED TO THE FASCINATING AND CURIOUS
HISTORIES OF OBJECTS AND WORKS OF ART
FROM THE PAST 5,000 YEARS

Oliver Hoare is proud to present Every Object Tells a Story, a public exhibition that will take place from 6 May to 26 June 2015 at 33 Fitzroy Square, London. The exhibition will present an eclectic selection of over 250 objects primarily chosen on the basis of their historical fascination and interesting backstories, and will include relics from all round the world representing many notable names, places and events of the past 5,000 years.

Highlights range from a 3rd century Gandhara head of the Buddha to the 13th Dalai Lama’s Double Bass; from an exquisite, 16th century anthology of poetry that belonged to the Mughal Emperors to a rare, surviving Dodo bone; and from a 14th century Alchemist’s mortar to an exceptional and rare Eskimo baby’s blanket.

Oliver Hoare: “The point of the exhibition, as its title announces, is to celebrate the fascinating and often peculiar stories attached to works of art.  The criterion for what is presented has little to do with the value of objects and therefore it differs from the more conventional ‘Cabinets of Curiosities’.  Nor does it necessarily reflect the current canon of what is seen as beautiful or culturally significant, although there are significant and beautiful works of art by anyone’s standards. The objects will be displayed like a private collection in the magnificent Robert Adam rooms at 33 Fitzroy Square, once home to the Omega Workshop. The catalogue is, hopefully, the work of a storyteller’s art, and I hope that anyone with an interest in history, art, or a good and unusual story, will come to visit and explore the exhibition”.

Selected highlights of the exhibition:

Antiquity: A 3rd century Gandhara grey schist head of the Buddha from Afghanistan, acquired in the 1960s from David Lindhal’s ‘Oxus’, a legendary antiques shop in the King’s Road. Also including stone vessels and sculptures from Pharaonic Egypt, the Near and Middle East, South Arabia, the Roman empire, Byzantium and China, as well as Hellenistic and Roman jewellery.

Music:  A Double Bass commissioned by, or for, the 13th Dalai Lama, Thubten Gyatso (1876-1933), who was a great enthusiast of American jazz. Still presented with its original case, the instrument has a base of black lacquered hardwood and is elaborately decorated with Buddhist symbols. Also including Ottoman and Indian instruments of outstanding quality, such as a 17th century ivory Sarinda from the Adil-Shah court at Bijapur; a monumental pillar-drum from Kashgar; obsidian bell-stones from the High Andes; ‘Picasso’s Guitar’ from the Dry Forest area of Argentina, and a Han bronze zither tuning key from 3rd century B.C.

Dodo Corner: An exceptionally rare Dodo bone, one of few to remain in private hands. Also including a rare skull of the Dibitag Gazelle; fine specimens of the Passenger Pigeon and the Kakapo Parrot; the finest known Eskimo child’s blanket made from Eider Duck down; a sculpture of a Dodo by Michael Cooper; Pangolin’s bronze Dodo skeleton, and Nick Bibby’s bronze Dodo cast by Pangolin; and drawings and prints. 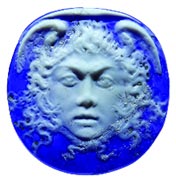 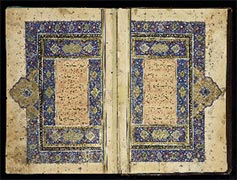 Paintings, works on paper and other objects: An exquisite anthology of poetry that belonged to the Great Mughals. Also including the Begum Samru by an Indian pupil of Zoffany; Colonel Claude Martin’s Cobra; Drunken Russians in the Snow by Alexandre de Salzmann; engravings by Durer, Hollar and Rembrandt; a drawing by John Lockwood Kipling; an architect’s model of Giotto’s tower; a marble Baboon from the Barberini Cinema, Rome; a Key to the Ka’ba (?); opium tweezers; rare carpets and textiles.

Oliver Hoare is an independent art dealer specialising in Islamic art. He joined Christie’s in 1967 where he founded the Islamic Art department before leaving in 1975 to establish his own business. He has since advised a number of collectors and museums throughout the Middle East, as well as in Europe, the US and Japan, including the National Museum of Kuwait, the Nuhad Es-Said Collection (Beirut), and the Qatar National Museum. In 1994 he negotiated the exchange between the Iranian Government and the Houghton Family Trust whereby Iran recovered the 'Houghton Shahnameh', the most important illustrated Persian manuscript, in exchange for Willem de Kooning's painting 'Woman III' which was in the Tehran Contemporary Art Museum. He has published Portraits of the Masters, the first comprehensive book on Tibetan portrait bronzes (two volumes, 2003 and 2005), and The Silent Orchestra, a catalogue of Islamic musical instruments (2005).

Every Object Tells a Story