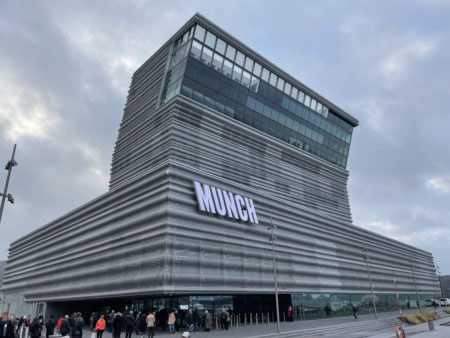 On the banks of the Oslofjord in the all-new cultural district of Bjorvika, located in a former container port set amid the maritime landscape that was so beloved by the famous Norwegian native Edvard Munch (1863-1944), there’s a 13-storey building with a rather bulky design by the Spanish architect firm Estudio Herreros.

Inside there’s a nice surprise, because it is home to the world’s largest collection of paintings, drawings, etchings and memorabilia from this genius of modernity who is lesser known this side of Europe. Just before he died he bequeathed his entire collection to the city of Oslo.

But wealthy Norway is revamping its museum park. Ahead of the National Museum’s reopening slated for June 2022 and due to occupy a new building, October 2021 saw the inauguration of the Munch museum in its massive new setting, five time the size of the old site. 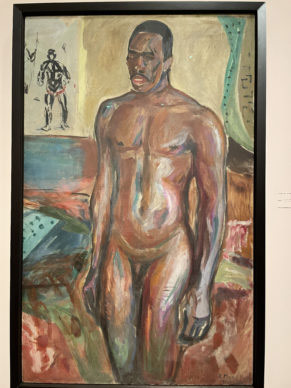 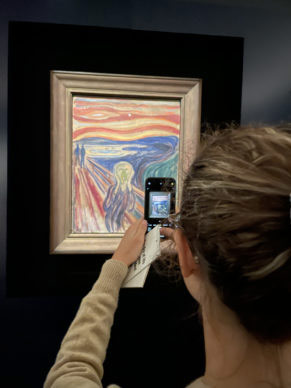 Firstly let’s clear up the subject of Munch’s most famous painting, “The Scream”, the ultimate symbol of anguish, featuring a ghostly face surrounded by whirlwinds of colour. Now bearing the status of Norway’s Mona Lisa, it conceals, through its universal impact, the rest of the master’s genius. Munch repeated himself extensively and “The Scream” exists in multiple versions. For reasons to do with conservation and in order to always have a “Scream” available for visitors to the new institution, a pastel, an oil painting and an etching of the subject are displayed in turn, for one hour each, in a dedicated room.

One floor is set aside for an exhibition of contemporary art which, until 2 January, is establishing a dialogue between the British contemporary art star Tracey Emin (born in 1963) and the Norwegian artist. What unites them? This is indicated poetically through its title: “the loneliness of the soul”. We can say they have both used their trauma as raw material for their oeuvre. Sexuality is also never far away in the work of both.

Screaming at the top of her lungs 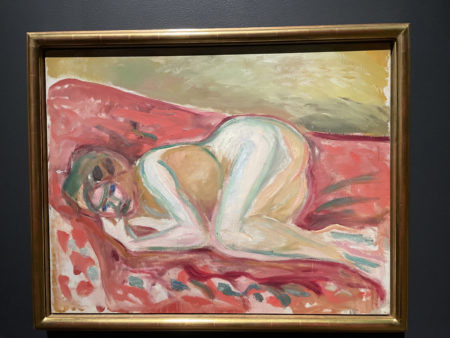 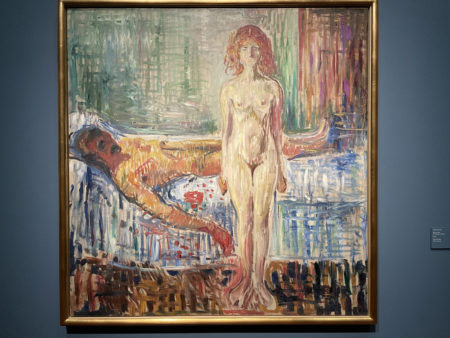 The highlight of the exhibition is a painting by Munch made in 1907 called “The Death of Marat”. Here the revolutionary is depicted not in his bathtub, as in the famous painting by David, but rather in his bed next to a woman who stands facing the viewer, looking vengeful. The colour work is remarkable. A proliferation of brushstrokes in green, blue and brown. 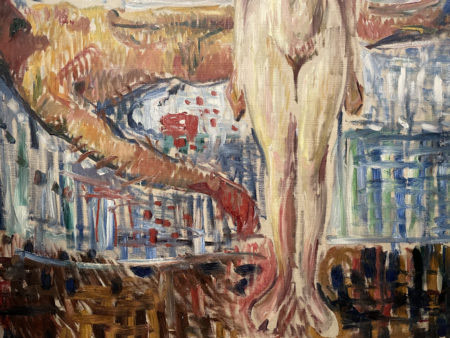