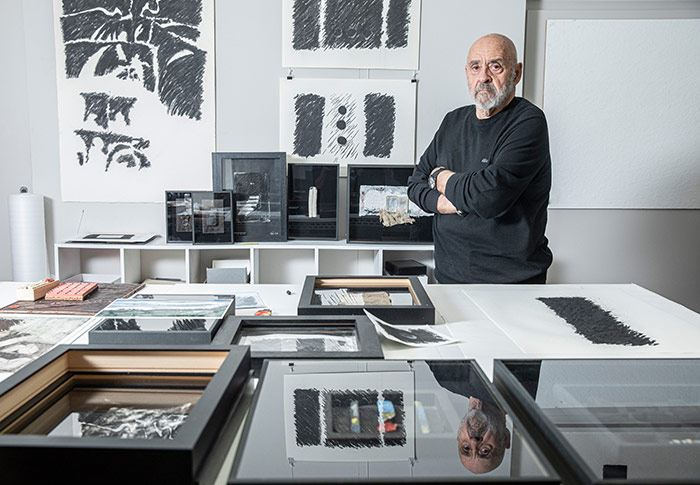 The Klee family is sorry to announce the unexpected death of Alexander Klee (06.10.1940 – 01.03.2021). In Alexander Klee the Zentrum Paul Klee loses its co-founder and a great friend and supporter, and the city of Bern a significant figure in the art world.

From the mid-1970s Alexander Klee supported his father Felix Klee in the administration of the Klee family’s collection, and was active in the Board of Trustees of the Paul Klee Foundation, which he chaired from 1990 until 2004. In 1992 he introduced the idea of a museum in Bern devoted to Paul Klee, and supported the Zentrum Paul Klee, which opened in 2005, with the generous gift of valuable archives from the possession of the Klee family, which he helped to organise along with his stepmother Livia Klee-Meyer. As co-founder of the Zentrum Paul Klee and member of the Board of Trustees from the very beginning, Alexander Klee co-founded the institution and from 2005 onwards supported and encouraged its work with extraordinary generosity. The placement of the Klee family’s collection with the Zentrum Paul Klee allows the institution to engage in a wide-ranging exhibition programme in Bern and abroad. With his tireless dedication to his grandfather’s work Alexander Klee did a great deal to ensure that the leading centre of competence worldwide for Paul Klee’s life and work is now in Bern.

In this way he made a great contribution to the conservation, exploration and international mediation of Paul Klee’s œuvre.

In parallel with his dedication to his grandfather’s work, he pursued his own artistic impulses as an artist under the name of Aljoscha Ségard. The Zentrum Paul Klee will devote an exhibition to Aljoscha Ségard’s poetic work this summer.

We will always keep Alexander Klee’s independent spirit, his critical eye and his wise sense of humour in grateful memory.