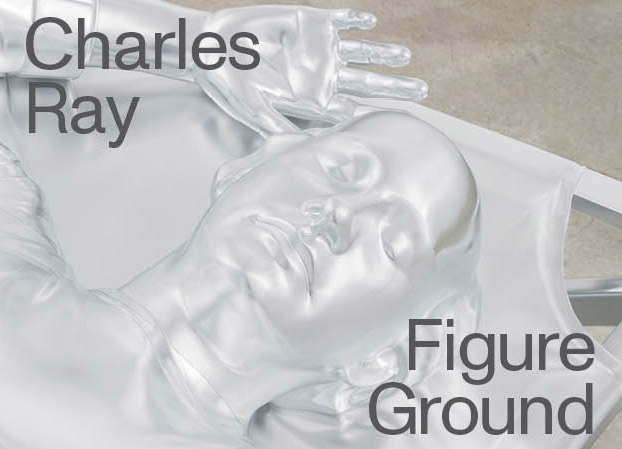 Charles Ray: Figure Ground presents the work of one of the most important artists of the late twentieth and early twenty-first centuries. For over five decades, Ray has experimented with a wide range of methods, including performance, photography, and sculpture, the medium for which he is best recognized today. The exhibition at The Metropolitan Museum of Art—on view from January 31 through June 5, 2022—marks the artist’s first institutional solo exhibition in New York in almost 25 years. It is also the first to include sculptures from every period of his career and to unite them with important photographs from the 1970s, resulting in a comprehensive investigation of his oeuvre. A focused presentation featuring 19 objects and organized in close collaboration with the artist, the show introduces Charles Ray to a new generation of viewers while making his work fresh for those already familiar with it.

The exhibition is made possible by the Barrie A. and Deedee Wigmore Foundation.

Additional support is provided by the Jane and Robert Carroll Fund, the Diane W. and James E. Burke Fund, the Gail and Parker Gilbert Fund, Lisa and Steven Tananbaum, and The Andy Warhol Foundation for the Visual Arts.

Throughout his career, Ray has expanded the fundamental terms of sculptural language. Long engaged with the history of Western art, his work might be understood to narrate the history of sculpture itself, self-consciously reinventing traditions associated with the past, from classicism to Minimalism. Ray has also experimented with an astonishing variety of materials, from fiberglass and porcelain to wood, aluminum, and steel, and pioneered major advances in production, combining the analog and the digital as well as human and robotic hands. His work addresses in elliptical, often irreverent ways not only popular culture and mass media but also identity, mortality, race, and gender.

Charles Ray: Figure Ground will feature a suite of judiciously placed works whose arrangement in space forges subtle connections between objects and viewers, exploring several lines of inquiry. It will also bring together for the first time all the sculptures that Ray loosely patterned on Mark Twain’s 1885 novel, Adventures of Huckleberry Finn. Two, Boy with frog and Huck and Jim, will have their New York debut at The Met, while the other, Sarah Williams, will have its world premiere. Another work that will be shown for the first time ever is Archangel (2021), carved in Osaka from Japanese cypress, which standing at over thirteen feet is Ray’s tallest work to date. Similar to a philosopher’s stone, which keeps the process of interpretation in constant motion, these and other sculptures by Ray pose many trenchant questions but answer none directly.

Charles Ray was born in Chicago in 1953. He studied at the University of Iowa and Rutgers University, where he was exposed to a wide range of artistic approaches, including modernist sculpture, inter-media arts, and process-based performance. In 1981, he moved to Los Angeles, where he continues to work today. The artist’s works were featured in The Met Breuer exhibition Like Life: Sculpture, Color, and the Body (1300–Now) (2018), and in 2019, his masterful relief Two horses entered The Met’s permanent collection. He has been the subject of numerous solo exhibitions, most recently Charles Ray: four patterns, Museo Nacional Centro de Arte Reina Sofía, Madrid (2019); Three Christs, Sleeping Mime, and the Last Supper, Pagan Paradise, Hill Art Foundation, New York (2019); and Sculpture: 1997–2014, Kunstmuseum Basel and the Art Institute of Chicago (2014). Ray has also exhibited at Documenta IX (1992), the Venice Biennales of 1993, 2003, and 2013 and the Whitney Biennial in 2010, 1997, 1995, 1993, and 1989.

Charles Ray: Figure Groundis organized by Kelly Baum, Cynthia Hazen Polsky and Leon Polsky Curator of Contemporary Art, and Brinda Kumar, Associate Curator, both in the Department of Modern and Contemporary Art at The Met.

The exhibition will be accompanied by a catalogue, featuring new essays on different aspects of Ray’s practice by the curators, a reflection on the exhibition by Ray himself, and a conversation between the artist and Hal Foster (Townsend Martin, Class of 1917, Professor of Art and Archaeology, Princeton University).

The catalogue is made possible by Lannan Foundation and The Sachs Charitable Foundation.