THE SHOW OF 13 GREAT PAINTINGS BY MARK ROTHKO AT THE GARAGE CENTRE FOR CONTEMPORARY CULTURE IN MOSCOW PROMPTS ME TO RECALL MY FRIENDSHIP WITH THE ARTIST. THE ABSTRACTIONS RANGE IN DATE FROM A "MULTIFORM" OF 1949, THE YEAR THAT ROTHKO ARRIVED AT HIS MATURE STYLE, TO A PROFOUNDLY TRAGIC "LANDSCAPE" OF 1970, THE YEAR OF HIS DEATH. AS A YOUNG ART CRITIC, I WAS FORTUNATE TO WITN ESS AT FIRST HAND TH E EVOLUTION OF ROTHKO'S ABSTRACTIONS FROM 1956, WHEN I FIRST MET HIM, TO THE END OF HIS LIFE, AND TO INTERVIEW THE ARTIST ABOUT SIX TIMES ABOUT HIS MOTIVATIONS AND IDEAS.

In the late Fifties, Mark was often to be found in the garden of The Museum of Modern Art, which was near his studio. We would have coffee or go out for a bite to a nearby Chinese restaurant. He was not always easy to talk to about his work. He would keep turning the conversation back to me. What did I feel and think about his work? Really feel and think. He could suddenly turn distant, seeming to be lost in some private reverie. At other times, he was very convivial, for example, flirting in an avuncular fashion with my wife Lucy, whom he called "Blondie."

Mark's appearance amused me. Avant-garde artists were supposed to look disheveled. None of my young artist friends were, but at least they were somewhat scruffy. Mark was always soberly dressed and performed in public as a middle-class burgher. I believe he did so to counter the popular caricature of "the crazed artist." He considered himself an outcast of society, too seriously alienated to affect bohemian poses.

When I first saw Mark's paintings I was immediately gripped by them. They still produce in me a frisson, even though I have seen his work more often than that of any other abstract expressionist. Every summer for some three decades, I have worked in the library of London's Tate Gallery and at the end of most days, I have visited the room with Mark's murals for the Seagram Building - all brackish reds and grays, emitting an atmosphere that turned the space into a shrouded and haunting environment, pervaded by intimations of death. In my conversations with Mark, he spoke of creating an art that was tragic and timeless. He succeeded.

During the Forties, Mark published occasional statements about his painting. In 1949, he stopped, but in 1958, he felt that his abstraction was so misunderstood that he had to speak up. The goad was an article in the Art News Annual by Elaine de Kooning which coupled him with Franz Kline and treated him as a kind of spontaneous action painter. Mark then wrote a letter to the editor rejecting her thesis, and to further make his point, delivered a talk at Pratt Institute, which was widely publicized. He strongly denied any concern with the kind of "self-expression" identified with Kline and insisted instead that he had a "message" about the human condition to communicate. His painting, he said, contained seven ingredients which he "measured very carefully." Above all, it had to possess "a clear preoccupation with death - intimations of mortality." Next in order (of quantity) was "sensuality... a lustful relation to things that exist." Three: "tension." Four: "irony. This is a modern ingredient - the self-effacement... by which a man for an instant can go on to something else." And to make the consciousness of death endurable, five, "wit and play"; six, the "ephemeral and chance"; and seven, "hope, 10% to make the tragic concept more endurable." Mark meant this listing to be taken seriously, but it was also an ironic gloss on the then fashionable formalist analysis, which he detested. He enumerated elements of human nature as if they were measurable quantities, just as line, form, and color were supposed to be.

In his talk at Pratt, Mark presented his self-image as an artist. His function was not that of a formal problem-solver or a self-revealing expressionist but of a contemporary seer who, on the authority of an inner voice, envisions and reveals truths about the human condition. "I want to mention a marvelous book, Kierkegaard's Fear and Trembling/The Sickness Unto Death, which deals with the sacrifice of Isaac by Abraham. Abraham's act was absolutely unique. There are other examples of sacrifice but what Abraham was prepared to do was beyond comprehension. There was no precedent for such an act. This is like the role of the artist."

When I met Mark next I told him that Franz Kafka had posed a related question. Kafka asked, What if Abraham got God's message wrong? An Abraham who comes unsummoned! It is as if the best student were solemnly to receive a prize at the end of the year, and the worst student, because he has misheard, comes forward from his dirty back bench and the whole class roars with laughter. An Abraham who misheard God and ended up killing his own son. How grotesque! Mark nodded and said, "Yes, isn't that the risk?"

If Mark was unshaken in his conviction that painting could bear the burden of profound meanings, he was of mixed mind as to whether these meanings were being grasped by any spectator. On the one hand, he remarked, there seemed to be an audience waiting for a voice like his to speak to them. On the other hand, he could not understand why. He was so curious about the response of visitors to his retrospective at The Museum of Modern Art in 1961 that he - often with me in tow - would follow them around, eavesdropping on their conversations.

Rothko's doubts were on my mind when I took a New York University adult education class to the retrospective. Pausing in front of an orange-yellow painting, one of Mark's most "beautiful," I asked my students, most of them affluent women, "Which of you would like to own this?" No one responded - to my surprise - for they were fairly sophisticated and sympathetic. "Most of you can afford to buy it, but in case money is a consideration, you can have the painting free." No takers. I began to press the point. "Think of your living rooms and imagine this picture on a wall instead of your wall paper. Think of it as decor." Silence. "How about re-designing the room around the picture?" No one would. I asked why? Members of the class answered that the picture was unnerving, upsetting. It made them uneasy. I then said, "Rothko would be delighted that none of you would accept his works, even this one, as decoration." When I told him this story he was pleased. However, I said, "If the painting is not decorative, it is beautiful." He nodded. Later, I encountered a sentence of Nietzsche's, "There are no beautiful surfaces without a terrible depth," and I mailed it to Mark.

There was a spiritual aspect to Rothko's painting but it was enigmatic. It reminded me of the God that never appeared in Samuel Beckett's Waiting for Godot. My friend, the painter Paul Brach, once said, "It's a kind of visual Bible. You stand before it in reverent contemplation and it intones, 'Come back tomorrow and I'll reveal the secret of life and its mysterious import.' You come back the next day and hear the same message."

One day in the fall of 1959, I met Mark on the street and he told me that he had just completed murals for the trendy Four Seasons Restaurant in the Seagram Building. He invited me to see them, and we walked over to his studio on the Bowery. A former gymnasium, it was a cavernous space in which he had built a mock-up of the restaurant in order to paint the murals in situ. We sat silent in the midst of these somber paintings. At one point he said, "Can you imagine rich people eating dinner surrounded by this work?" I envisaged businessmen glancing at the decor between sips of their three whiskey's and pauses in their deal-making. It was depressing to contemplate. But Rothko had agreed to accept this commission in "the most expensive restaurant ever built," according to its press release. I hesitated in answering but then allowed that I could not imagine the mural in the Four Seasons. He said, "Neither can I. I just sent their advance back to them." It was a considerable sum, and I knew it hurt Mark to part with it.

Shortly before Mark died, he invited me to his studio. There were a series of the "landscapes" on paper on one wall and an unfinished oil painting on an easel. Each of the pictures consisted of a horizon line that divided in two a ground of varied grays. What did I think? I was very moved and told him so. "The pictures are without hope," I said. He smiled his crooked smile and appeared to accept my comment. His subsequent suicide shocked but did not surprise me.

In my catalogue essay for Rothko's show at the Garage, I summed up the man and his art by quoting Robert Motherwell, who was both a leading abstract expressionist painter and a spokesman for the group. In 1957, Motherwell said to me, "In his seriousness and utter devotion to art, Rothko is... able to internalize whatever he finds illuminating in modern art more completely and originally than any of his fellow artists." Motherwell concluded that, "Mark is the most profound human being of any American painter living or dead."

This is a revised excerpt from Irving Sandler's book "A Sweeper-Up After Artists: A Memoir" (Thames & Hudson, 2003) 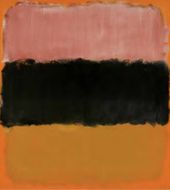 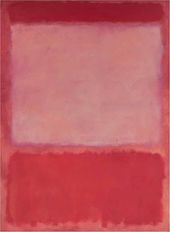 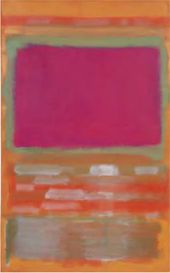 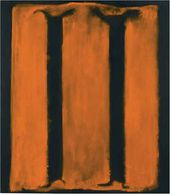 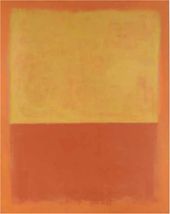