Whenever my family went to visit our grandfather at his home in the South of France, he would greet us in his sunny and spacious studio. After welcoming us, he would return to his work and sit down in front of his easel, imbued by the light coming through the large bay window. He would pick up a few long brushes with great deliberation, and proceed to place paint onto the canvas in a most delicate, precise and quick fashion, similar to a dance; he would call it "picoter", to peck. It was amazing to watch him paint with such energy. Sometimes he would look at us, his grandchildren, and smile, tenderly and timidly. Grandfather would ask us, quite sheepishly, always in doubt, as to whether his work would be liked or understood, if we liked the painting... and then encouraged by our somewhat mandatory positive answer, he'd usually return to his canvas, and say, "Ah, now it just needs a little more Chagall!"

I used to love it when Grandfather would take my hand, play with my fingers and start telling us about his childhood, about his youth in Russia, and about his deep love for our grandmother, Bella. He wanted us to find the same inner force, the same ideal and vision in our lives, that Bella seemed to have been guided by and knew how to share with him. He would relate fantastic stories of his native land, of his parents, and of his sisters and brother whom he loved so much. I felt as if I knew each of them, since their painted portraits had always been part of my childhood, adorning the walls of our home. He would share with us his memories of his life as a young student and painter, of the war years and of the hope of a newly found artistic freedom at the beginning of the revolution. He would also relate the profound sadness he felt thinking that he would never be able to go back to his country of birth.

I listened to him, and to his fairytale-like stories. I could never tell if they were true or invented tales, but it did not matter since they were an integral part of my childhood. He used very colorful and fantastical imagery; his words seemed to transform into poems, each word as if a cloud in the sky, joining others to form magical verses. And so, each word emerged from his canvases, having lied dormant beneath the painted surface. 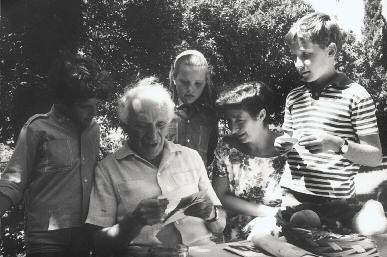 How great it was when my grandfather stopped his narration one day to invite me, then a young art history student, to examine with him the various layers of paint that structure the colored surface of his paintings; he revealed to me his quest to understand, before each work, the true essence of the colors, such as grey, white and black, and how he felt he succeeded to approach a solution to their mystery in his early work; and he was so sad that we were not able to look together at the paintings from his youth, which had remained in Russia. 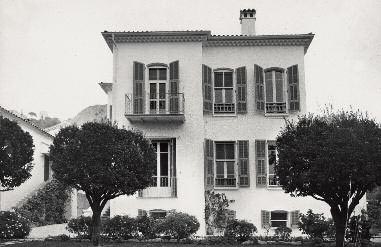 Today I am driven back to this encounter, as we have the opportunity to rediscover the work of the young Chagall. What incredible vibration emanates from the grey on top of grey in the monumental painting of “The Apparition”! What sublime presence does the white demonstrate floating over white on the surface of the panels for the Jewish Theatre in Moscow! Chagall had then indeed succeeded in revealing and emphasizing the bare essence of the material of the color — he would call it ”chimie” (chemistry) later on — quality which dominates so many of his early compositions.

It is wonderful to remember my grandfather coming back from a trip to Moscow and Leningrad together with Vava, the places he had not returned to since leaving in 1922. He was so very happy to have been able to be back in his beloved Russia, to reunite with two of his sisters and their families. What a historic moment for him, then, to have been able to view the panels of the "Chagall Box”, un-rolled before his very eyes, to be signed by him more than 50 years later This in the presence of some of those courageous people who managed, as though by miracle, to have been conserving these works safely and in secret for so many decades.

Today, one can only imagine how moved my grandfather would have been to see the panels of the "Jewish Theatre”, shown in the land of their origin, complemented by their original remarkable sketches. Here, for the first time, this body of work is presented with an important selection of paintings owned by Russian and French collections, both public and private. This new bridge between Russia and France, which had already been initiated by our mother Ida at the end of the 1960s for the major exhibition at the Grand Palais in Paris, will yet again, and with even greater intensity, celebrate the cultural merging of these two countries so very dear to my grandfather. 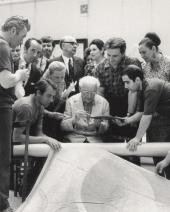 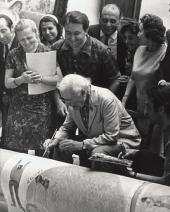 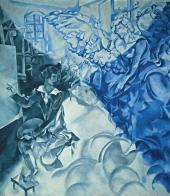 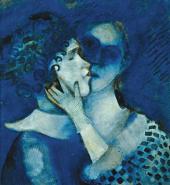 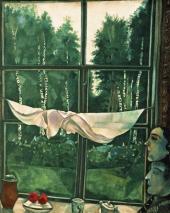 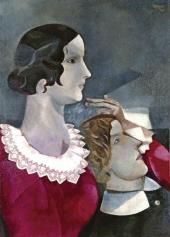 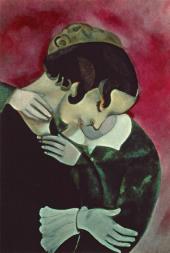