What Is Lineage, and Why Preserving It Is Important

Literally, lineage is a line. But a line of what? For Tibetan Buddhist tradition lineage is something that is understood. But if we are trying to explain it to a wider audience then we can say that lineage, for example, provides authenticity. To give a further explanation: if you find a painting by some great master, what proves that it is indeed that painting? You know that it came from this family, and then it went from them to another, and then to another. If you have something that authenticates the painting from the time when it was painted until the present, then it has authenticity, and also it has potency. And then, for example, there is a blessing in that. If it is a painting, it is worth something.

From the Buddhist point of view, when the Buddha, be it Samantabhadra or Shakyamuni, realized something, then that particular realization was transmitted to a student. Usually either the student understood it exactly, or it was taught until it was fully understood. When that realization, in turn, is given to the next student, and then to the next, and when that line of disciples "receives it", then there is "something" that is transmitted - even though it is not something tangible (as in the case of the painting) that is handed down from one person to another. So that is why, for example, for the vows - whether the Vinaya or Mahayana or Vajrayana - that particular lineage, especially in the Tibetan tradition, is considered very important. It is a guarantee of the line of realization.

Of course, not everybody that transmits has that realization, but when we talk about an authentic lineage it has to have something. That is why, in Tibetan Buddhism, even if it is just reading transmissions, lineage is considered important. Usually - it is hoped - the one who is reading has proper renunciation and proper altruistic purpose. Likewise, not everyone who receives the teaching is a holder of the lineage instantaneously. They have to develop the necessary qualities. That is why we listen to the teachings and make aspirations that we will come to embody the lineage. Until then we are not really lineage holders. We have the potential to develop that. 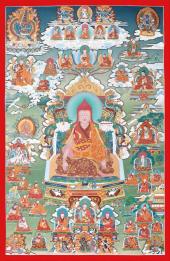 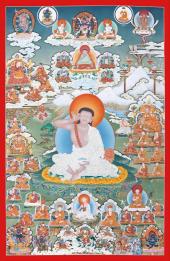 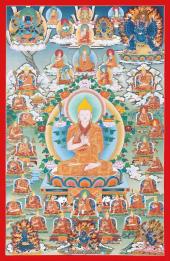 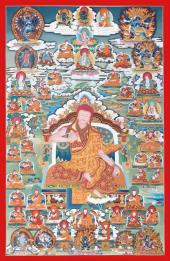