Introduction: On the Crossroads of Cultures

Various aspects of Buddhist culture have always enjoyed popularity in Russia, including its religious and sacred traditions, folklore, literature, philosophy, medicine and art. Among those who took an interest in Buddhist ideas were quite a few representatives of Russia's intellectual culture - philosophers, writers, artists and theologians. Two such prominent examples suffice: Leo Tolstoy and Nicholas Roerich.

Buddhist culture has also attracted intensive study in Russia, and the nation is justifiably proud of its famous specialists in the field of Buddhist studies. One such figure is Ivan Minayev (1840-1890), who travelled to India, Burma, Ceylon and Nepal. He recorded and subsequently translated into Russian a variety of Buddhist literary works. Minayev is rightfully considered one of the first Europeans to have studied Buddhism in depth and to have promulgated its ideas outside the traditional areas of Buddhism. Minayev's two main disciples and academicians, Sergei Oldenburg (1863-1934) and Fyodor Shcherbatskoy (1866-1942), became the founders of the world-renowned series titled "Bibliotheca Buddhica: Collection of Original and Translated Buddhist Texts"; this was published in St. Petersburg at the Academy of Sciences printing-house. It is worth noting that Oldenburg was already concerned with questions that remain relevant today, such as: how to best incorporate Buddhist texts into contemporary science? And, how can little-studied and relatively unknown Buddhist literature become more widely understood? Oldenburg also supported the German scholar Albert Grunvedel in compiling descriptions of a large collection of images and objects relating to Tibetan Buddhism. This collection belonged to the Russian poet, traveller and Buddhist explorer Prince Esper Ukhtomsky, the only member of the Russian elite to proclaim himself Buddhist. It was Ukhtomsky who accompanied the Crown Prince and future Tsar Nicholas II on his grand tour of the East.

Shcherbatskoy, who helped with the "Bibliotheca Buddhica" publication, was a Russian Indologist who was granted the scientific title of tarka-bhusana (award of logic) in Calcutta in 1910. His first book on Buddhist philosophy - the two-volume "The Theory of Knowledge and Logic in the Studies of the Later Buddhists" - became well-known in Europe. He attempted to find the roots of Buddhist philosophy in the systems of Indian philosophy and to reconstruct the gradual transformation of Buddhist ideas during the process of their dissemination outside India. In pursuing the correct answers to his many questions, Shcherbatskoy communicated with Indian and Tibetan scholars, took part in discussions on religious and philosophical subjects, and consulted Tibetan lamas during visits to India in 1910 and 1911. Shcherbatskoy's most talented students have also received international acclaim. These include Eugene Obermiller, whose works are regularly reissued abroad, and Andrei Vostrikov. Vostrikov's landmark work "Tibetan Historical Literature" was written in 1936 but only published in 1962. This delay was because the author shared the terrible fate of many other Soviet Orientalists: he was arrested and killed in 1937. Vostrikov's book, which was not translated into English until 1970, has become an indispensable reference book for every Tibetologist. The persecution of intellectuals that began under Stalin almost destroyed Shcherbatskoy's school of thought; it was revived in the 1960s thanks to his student Boris Sem- ichov (who had survived the Stalinist camps), as well as Buddhologists of the younger generation such as Bidia Dandaron, O. Volkova, V. Rudoy, Linnart Mialle and others. 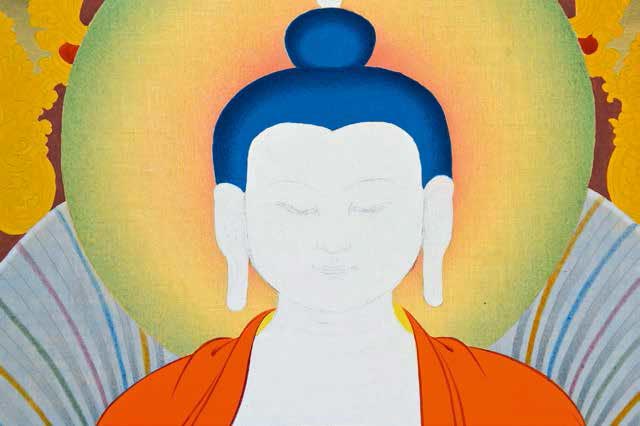 We should also mention Alexander Pyatigorsky (1929-2009), a renowned expert on South Asian philosophy and culture, and a historian, philologist and writer. Pyatigorsky was the author of numerous works on Buddhist philosophy and translated sacred Buddhist texts. Pyatigorsky was well versed in more than 10 languages including Sanskrit, Tamil, Pali and Tibetan. There is well-preserved evidence that in the 1960s he took part in many a "fiery debate" in Sanskrit with his colleagues from the Moscow Institute of Oriental Studies. After Bidia Dandaron was arrested in 1972 for "organizing a Buddhist sect", Pyatigorsky and some other Buddhologists had to flee the country. It was only after 1990 that it became possible to publish their works in Russia, and Russian Buddhology began to enter its prime; sophisticated Buddhist texts were studied and translated from Sanskrit and Tibetan by V. Androsov, R. Krapivina, A. Kughyavichus, A. Donets, S. Lepekhov, and others among a new generation of scholars and translators. 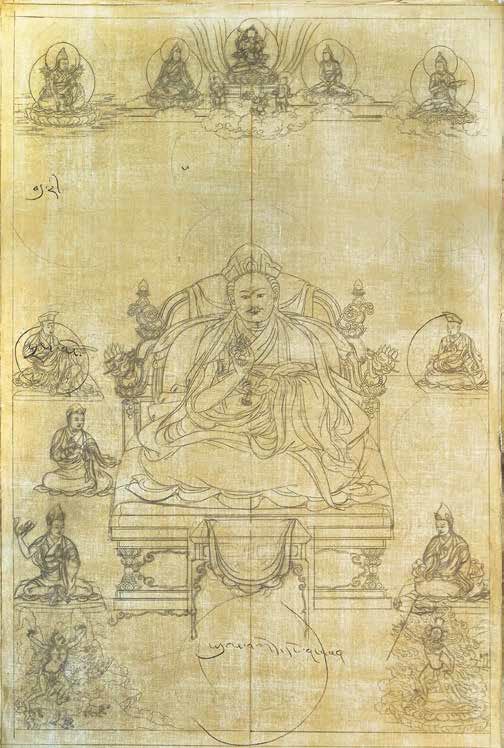 Of course, the Buddhist painting tradition was studied in Russia alongside the texts. Some examples of works by Russian researchers dedicated to this subject are: Yury Roerich's "Tibetan Painting" (an early work); Lev Gumilev's "Old Buryat Painting"; Ksenia Gerasimova's monograph, "The Monuments of Oriental Aesthetic Thought: The Tibetan Canon of Proportions". If we are considering the preservation of Buddhist cultural heritage, we should not ignore works of art painted within the European and Russian artistic traditions that documented important Buddhist traditions or sites. In this respect, it is especially important to mention paintings from the Tretyakov Gallery collection by the well-known artist-traveller Vasily Vereshchagin. These include: "A Kalmyk Chapel", with its interior reminiscent of the ancient thangkas; "Western Tibetans"; "The Buddhist Temple in Darjeeling. Sikkim"; and "A Kalmyk Lama". Vereshchagin was known for his constant efforts (supported by his enormous artistic skill) to adequately capture both the content and the details that he noticed by combining the sharp vision of the realist painter, the battle painter, and the acclaimed ethnographer. Finally, it is important to note that masterful practitioners of the Buddhists' own traditional artistic methods and subjects are emerging in contemporary Russia: exhibitions of new works executed in the authentic Buddhist painting style are held frequently.

The arrival in Russia of Orgyen Tobgyal Rinpoche - and the opportunity to interview him about the 108 Masters of Dzogchen Lineage Thangkas Project for the "Tretyakov Gallery" magazine - has made it possible for us to examine the problems that typically arise with such an initiative to preserve a spiritual heritage. Our confidence in the success of 108 Masters of Dzogchen Lineage Thangkas Project inspires us to hope that one day we will see an exhibition of the renewed thangkas here in Moscow; such a phenomenal exhibition would undoubtedly galvanize public interest in Buddhist art, traditions and philosophy. We have such an example: when the Metropolitan Museum presented the "Lost Kingdoms" exhibition of ancient sculpture (5-8th centuries) from Myanmar, Cambodia, Thailand, Malaysia and America (in summer 2014), it became one of New York's most prominent cultural events.

Perhaps, rather than the result of "mere coincidence", Rinpoche's visit to Russia may be considered a sign of the undying interest in Buddhist art and culture that has distinguished Russian Buddhologists for over 200 years. Russian museums kept Buddhist icons and sculptures safe from destruction in the 1930s, when the Buddhist monasteries that existed in Russia at that time were closed and destroyed. As a result, the National Museum of Buryatia in Ulan-Ude and the Museum of Oriental Art in Moscow, together with the Hermitage in St. Petersburg and a few private collections, rank among the leading world treasuries of Oriental art. Museums in St. Petersburg alone have more than 40,000 sculptures and paintings on Buddhist images. There has been a serious delay with the scientific description and publication of these treasures but recent progress has been evident. The Hermitage has prepared a few publications and "One Hundred and Eight Buddhist Icons from the Collection of the Institute of Oriental Manuscripts of the Russian Academy of Sciences" - a unique scientific and artistic book - will be printed in spring 2015. As its title suggests, the thangkas that will be reproduced in its pages are kept at the St. Petersburg Institute of Oriental Manuscripts and studied by experts; soon, however, anyone who is interested will have the opportunity to access these important works through this new publication.

Isn't that the very vision that Orgyen Tobgyal Rinpoche advocates?