We hope readers will understand that our publication has neither the capacity nor the authority to speak of Dzogchen, or attempt to give any definition to what is beyond definition. However, with permission, we will quote from the words of some of the great contemporary masters. Naturally, in order to proceed beyond an academic interest and towards practicing and realizing these great Buddhist teachings direct transmission from an authentic master to a disciple is required. The project committee assisting Rinpoche to implement his vision which has provided these excerpts for our publication has asked us to note that any mistakes or misunderstandings found here are theirs.

Of course, with Dzogchen teachings, transmissions or practices, we cannot legitimately provide a context of time. Nor can we fully conceptualize them. It is said, however, that they were first transmitted to Garab Dorje in Ancient India, then spread to China with Shri Singha, and reached Tibet in 800 A.D. with Guru Rinpoche, Vimalamitra, and Vairocana when the Buddha's teachings were established there.

The following is a quotation from a conversation in 2015 with a contemporary Tibetan Buddhist master who has given permission to publish it in this article, but prefers to remain anonymous.

Dzogchen is the central teaching of the Nyingma tradition - the "old" translation tradition - of Tibetan Buddhism, which originated with Padmasambhava, Shantarakshita and King Trisong Detsen.

Until then, it was the old translation tradition in Tibet. In the old tradition all the Buddha's teachings are categorized into nine different vehicles or nine different ways of teaching based on nine different stages of people's needs, capacities or tendencies. Among the nine there are Sutrayana and Mantrayana. In the Mantrayana there are the outer (Kriya, Upa and Yoga) tantras and the inner tan- tras (Maha, Anu and Ati). According to the old translation tradition the inner tantras are categorized into three sections of which Dzogchen is the third and the highest.

The following extract is a direct quotation from a transcript of a teaching given by Tulku Urgyen Rinpoche, published in "Ranjung Yeshe Publications", 1985.

Dzog means that all the teachings, all phenomena, are completely contained in the vehicle of Dzogchen; all the lower vehicles are included within Dzogchen.

Chen - "great" - means that there is no method or means higher than this vehicle.

When it comes to combining the following two points into actual experience, we can use the statement of the 3rd Karmapa, Rangjung Dorje: "It is not existent as even the Buddhas have not seen it." This means that the basic state of mind is not something that exists in a concrete way; even the Buddhas of the three times have never perceived it."It is not non-existent as it is the basis for both samsara and nirvana. This is not a contradiction, it is the middle path of unity." Contradiction is like having fire and water on the same plate. It's impossible. But that is not the case here. The basic nature is neither existent nor non-existent - these two are an indivisible unity. "May I perceive the mind nature free from extremes." Usually when we say “is" it contradicts "is not." And when we say "non-existent" it contradicts "existent". But this middle path of unity is devoid of such contradiction. When it is said: "to attain the unified state of Vajradhara," it actually refers to what I discussed here.

This unity of being empty and cognizant is the state of mind of all sentient beings. There is nothing special about that. A practitioner should encompass that with "a core of awareness".

That is the path of practice. Again, "the unity of being empty and cognizant with a core of awareness". 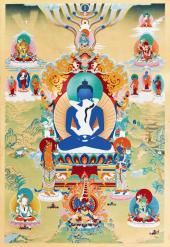 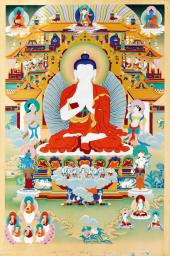 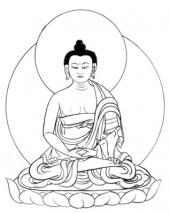 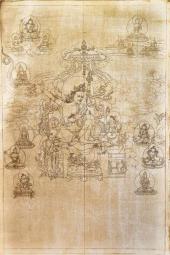 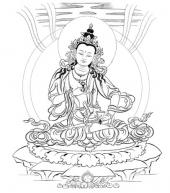 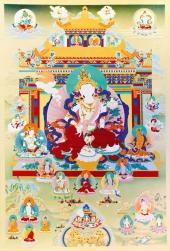 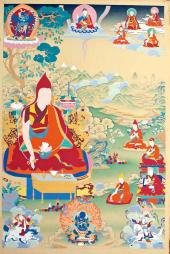 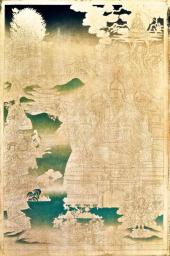