2012 has been a great year for the arts in Oslo - and in Norway. The new museum at Tjuvholmen (Thieves' Islet) with its expected "Astrup Fearnley effect" should change the art scene in Oslo. Some of the city's best galleries have already moved out to be under its wings and more will follow. With its density and its attractiveness to also other creative industries, not to mention all side-effects such as cafes, restaurants and shops, it will establish this new part of the city in years to come as Oslo's first "gallery district". Similar developments have previously happened in several cities around Europe, where the arrival of a major art institution has become a new hub of the creative wheel: London's Tate Modern is such an example, where previously derelict neighbourhoods around the old power station were revitalized, and today are jointly presented as "Better Bankside".

The most recent addition to Oslo's museum world was the initiative of patron Hans Rasmus Astrup (there are parallels to the Tretyakov brothers Pavel and Sergei, given that Hans Rasmus has a twin brother, Halvor Nicolai, who also has a great interest in the fine arts). It is a typical "family" preoccupation: the descendants of the old Astrup and Fearnley families, who made their wealth in shipping, have included over the centuries professionals in the arts as well as business, were inspired by their wish as decent citizens to give something back to the society within which they worked. In the Astrup family the two brothers' parents and grandparents had established charity foundations for social purposes, but sport and education were equally important and, of course, cultural development - with the first art museum to bear their name opening in central Oslo in 1993.

The most decisive step towards museums like these is when the collector takes the irrevocable decision to open up what has previously been very private, and make it public. The explanations can be many: heritage and philanthropy are clearly among them, but the strongest inducement is to share what has been a most rewarding personal experience, to open up the private dream. Exposure is another - we all want to be famous for something. However, despite such possible motives, this phenomenon is quite unusual for Scandinavia. Perhaps it was more of an honour in the days of the Tretyakov brothers, when Maecenas collectors with philanthropic ambitions wanted to enlighten their fellow citizens, and give public access to the beauty and the excitements society did not prioritize or could not afford.

In Scandinavia in modern times we have had the internationally acclaimed Louisiana Museum in Denmark, founded in 1958 by Knud W. Jensen and directed as his life project for over 40 years. Outside Oslo the unique Henie-Onstad Art Centre, initiated by the famous figure skater and Olympic champion Sonja Henie, opened ten years later. Both institutions were privately created but are equally funded today from private and public sources.

For Hans Rasmus Astrup it was also, in addition to reasons above, about taking another responsibility: he wanted to do something that nobody else was doing - or even could do, to be precise. The fortune that has been spent and invested in the museum's collection is unrivalled. But it is also about a mission - bluntly, he has seen the world and he wants his home country to be a part of an international dialogue. The financial means are there, finally, in a country that historically was ruled by its neighbours and in modern time occupied by the Nazis. Astrup wants Norway to be on the international stage, to play its part and progress faster, with noticeable steps, in catching up with the rest of the world.

Tjuvholmen is the major draw on the edge of an urban area that has already undergone renovation: it is easy to see how the cultural addons are a facelift for the now slightly run-down tourist trail. The Oslo art map is being redrawn: the old industrial areas have become cultural areas, the ancient cultural quarters transformed into tourist enclaves. The "leading lady" on this stage is of course the new Astrup Fearnley, with its Renzo Piano museum buildings on one end of the city's shore. It is fortunate that the old castle of Akershus protrudes its massive stone walls between Tjuvholmen and Bj0rvika, the other city bay which boasts its beautiful Opera house designed by Sn0hetta Architects. The walls of Akershus seem to stand in the middle fortuitously, dividing celebrity attention from the two contemporary structures.

The Renzo Piano buildings composing the museum premises are divided by a broad canal which provides an intentionally framed view of the fjord. Piano's wooden facades carry roofs that look like a series of sails rushing forward in a strong tailwind, and associations with boats are obvious in many details like masts, railings and riggings. The museum appears to have anchored on the quayside like a sailing ship, after a trading journey around the world, to unload its precious cargo. The interior is more labyrinthine with new surprises round every corner - no white cubes, but lots of other odd geometric shapes. The architect's intention was to provide challenging spaces for challenging art, bearing in mind the many complex installations and non-traditional artworks in the collection.

In what proved to be the largest cultural event ever in Norway, the museum opened its new buildings on the last weekend in September after a comparatively short and intense construction period. If the Opera house became a success, first of all because of its beautiful and accessible building, the new museum on Tjuvholmen was a success even before it opened. Hundreds of international journalists showed up for the press days. HRH Queen Sonja, herself a devoted collector and museum visitor, emphasized in her opening address the importance of the architecture: "Renzo Piano is known for museums like the Centre Pompidou in Paris, the Foundation Beyeler in Basel, Zentrum Paul Klee in Bern and the modern wing of the Art Institute in Chicago, to name a few. It so happens, by pure coincidence, that I have had occasion to visit them all. I say they are all remarkable centres of art. From now on the Astrup Fearnley museum in Oslo can be added to the list of these spectacular art museums - designed by Renzo Piano."

Before she declared the museum open, the Queen also gave her personal view on the museum: "The Astrup Fearnley Museum is a private initiative. The art collection - which is largely shaped by one man's interest and curiosity - has for years been a welcome contribution to the local arts scene in Oslo, through their brave and generous commitment to international art and its dialogue with Norwegian art...

The new museum's opening exhibition, 'To Be With Art Is All We Ask', provides a comprehensive presentation of key artists from the collection. It gives us an opportunity to become better acquainted with the various trends in contemporary art. We, as the audience, are invited to take a voyage from renowned works of art to a whole new expression, an expression which gives us new challenges and perhaps some shocking experiences..." Museum director Gunnar Kvaran borrowed the title To Be With Art Is All We Ask from a wall-mounted pamphlet by Gilbert & George, published by Art for All in London in 1970. He describes its content as a presentation of "...a cosmopolitan urban vision that spans different cultures and historical periods, dealing with themes like politics and the economy, religion and power structures, violence and sexuality, identity and memory, objectivity and subjectivity, fiction, beauty and art, all of which makes up the common contemporary experience". That is, just about everything between life and death - in short, it is "an exhibition whose title sums up both our passion and our mission".

All available public spaces are filled with this well-chosen selection of around 100 artists (yet less than one fifth of the collection is on display); 28 contemporary Norwegian artists are presented alongside their international colleagues. The Norwegian part of the collection is both in terms of highlights and in quality - but perhaps not in quantity -comparable to the national museum for contemporary art, established in 1990, three years before the first Astrup Fearnley. The international part of the collection makes the Astrup Fearnley a true fundament for the intellectual and visual experience of contemporary art in Norway. Certain artists have an outstanding presence in the collection, like Damien Hirst and Anselm Kiefer. Over the last decade, the museum has concentrated intensively on American contemporary artists like Robert Gober, Jeff Koons, Richard Prince, Matthew Barney, Cindy Sherman and Charles Ray. In parallel the exhibition project titled "Uncertain States of America" came to include younger artists like Paul Chan, Frank Benson, Nate Lowman and Dan Colen, to name just a few. Several successful collaborations with sister institutions like the Serpentine Gallery in London and Moderna Museet in Stockholm have diverted focus to works by important European, Chinese ("China Power Station"), Indian ("Indian Highway") artists while, in spring 2013, the focus will be on the contemporary Brazilian art scene.

Since its opening the museum has attracted crowds of visitors, over 10 000 each week, a process that is a challenge for any new museum -for the staff, for the building maintenance and for the art itself. Even if everyone is best served with an attendance that can be accommodated without damage, and even if visitors' numbers will eventually become more "normal", it is certainly to be expected that the museum will be the main tourist attraction in Oslo for several years to come.

Over the coming year visitors can expect extensive solo shows of the American artists Paul Chan and Cindy Sherman. Along side new presentations - and new views - of the museum's own collection. Over 20 years of its existence the Astrup Fearnley Museum for Modern Art has succeeded in building an international reputation that normally takes much longer to be achieved - due to it's very strong collection with focus on masterpieces within contemporary art, a generous attitude in terms of loans and exchange to fellow institutions around the world, and strategic work for public outreach and involvement. Now these high ambitions are housed in an exciting museum complex, placed on one of the most spectacular sites in the Norwegian capital. 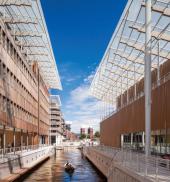 GENUANIAN RENZO PIANO, WHOSE ASTRUP FERNLEY MUSEUM IS CREATED AS A HYMN TO AIR AND WATER.
PHOTO: HÅKON JACOBSEN 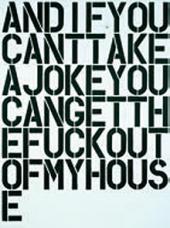 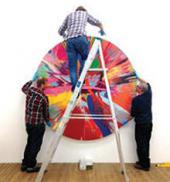 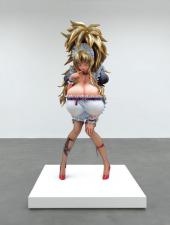