Robert Falk. A CHAPTER FROM "AROUND THE GABRICHEVSKYS", A MEMOIR

The recollections of the art historian Olga Severtseva[1] touch on a memorable event from her youth, when in 1950-1951 she sat for an oil portrait by Robert Falk. Falk was a friend of Olga’s relatives - her aunt Natalya Severtsova[2], an actor and artist, and Natalya’s husband, the eminent philosopher, art scholar and artist Aleksander Gabrichevsky[3]. An academic and intellectual of encyclopaedic knowledge, who studied art history, philosophy of art and architectural theory, alongside literary translation, German studies, music, and aesthetics, Aleksander Gabrichevsky was unable to fulfil many of his scholarly goals during the tragic decades of the Stalin regime. He was arrested three times, in 1930, 1935 and 1941; twice, 1935-1936 and 1942-1944, he was exiled for his “cosmopolitan and anti-patriotic writings”, and in 1949 he was ousted from the Academy of Architecture, where he worked as a department head. 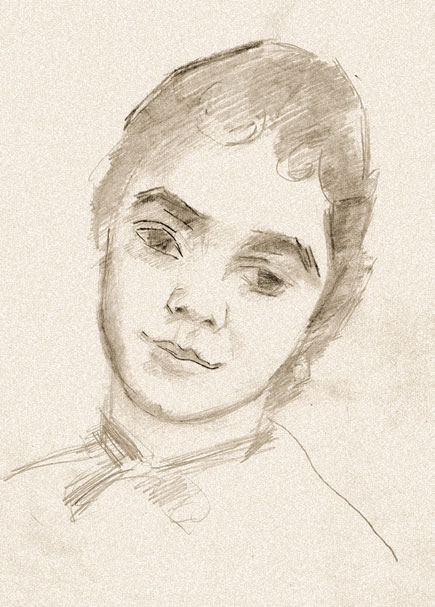 As for Olga Severtseva, Gabrichevsky was her family, her “Uncle Sasha”, and she felt lucky to have spent her younger, formative years in the unmatched intellectual and artistic atmosphere of his home. The Gabrichevskys’ flat in Moscow (they lived in the University’s Zoological Museum building) and their house in Koktebel, a popular Crimean resort, often welcomed family friends including the celebrated artists and sculptors Robert Falk, Nathan Altman, Nikolai Akimov, Aleksander Osmerkin, Sarra Lebedeva, the musicians Henrich Neuhaus and Sviatoslav Richter, scholars, writers, the cinematographer Lev Kuleshov and his wife, the silent film actress Aleksandra Khokhlova among many others. All her life Severtseva cherished the vivid memories of theses unforgettable encounters.

For many years Olga Severtseva worked as a research scholar at the Tretyakov Gallery and an editor at the Academy of Art publishing house. She gave lectures at the Russian Institute of Theatre Arts (better known as GITIS) and at the Boris Shchukin Theatre Institute. However, the day came when she decided that her family archives, which included materials from generations of several renowned families – Stankeviches[4], Lozina-Lozinsky[5], Severtsovs, and Gabrichevskys - demanded her full attention and careful, comprehensive study. Years of this work allowed Severtseva to serve as the curator of some extraordinarily interesting exhibitions[6], as well as to publish, in cooperation with her son Fyodor Stukalov-Pogodin[7], landmark works on the life and legacy of Aleksander Gabrichevsky[8].

Severtseva’s recollections below were first published in the catalogue for the Tretyakov Gallery exhibition commemorating the 100th anniversary of Aleksander Gabrichevsky’s birth.[9] Severtseva related the circumstances and some interesting details of Falk’s work on his first portrait of Gabrichevsky and his portrait of the 20-year-old Olga. The text is accompanied by footnotes and illustrated with rare photographs from Severtseva’s extraordinary family archive, as well as reproductions of drawings by Robert Falk now in private collections, some of them are published here for the first time.

Aleksander Gabrichevsky and Robert Falk met in the 1910s, in the course of the Knave of Diamonds exhibitions. They remained in contact during their short membership of the State Academy of Artistic Sciences[1], but it was after the Second World War that the two of them truly became close. Even though Falk was shunned by establishment artists and was literally destitute, he remained true to himself. With the passage of time his art became even more profound and precise.

Gabrichevsky was also living through some extremely difficult times. He barely survived the 1947-1949[2] persecutions, and more oppression loomed in the future. It was very hard for Gabrichevsky to endure his forced isolation, as he was not someone to retreat within the walls of his study. When a new wave of persecution began to rise in 1952, Gabrichevsky was more than aware of the impending threat. It was during the same year that he had eye surgery, which provided him with a welcome pretext for retirement, the only remaining way to stay out of danger.

At this point, these two extraordinary individuals came together, one an artist and the other an artistic philosopher, both of them rejected by “the most progressive and open society in history." It was at the Moscow Conservatory, which was then the meeting point for the surviving members of the intelligentsia, that they made plans for Falk to paint Gabrichevsky's portrait.[3]

Falk painted almost all winter. Gabrichevsky approached his sitting for the portrait with great seriousness, and always showed up on time at Falk's studio in the Pertsov House on Soimonovsky Proyezd. The studio was on the top floor, and one of its windows offered a view of the Moskva River and the Kremlin, which Falk often painted in the absence of a sitter.

To pass the time between the sittings, Falk and Gabrichevsky often played the works of their favourite composers - among them Bach, Brahms and Mozart - as duets on the piano. Theirs was the perfect cooperation between an artist and his sitter. Falk and Gabrichevsky took such delight in each other's company that they may even have tried to slow down the work on the painting.[4] Eventually, Falk finished the portrait, but they continued to see each other as often as before, and were hoping to start another portrait the following year.

Meanwhile, the artist decided to paint me. We agreed that when I came back to Moscow after my summer holiday in Koktebel, he would quickly paint my portrait.[5]

We spent a few days choosing the right outfit. I tried on quite a number of dresses before Falk finally picked a yellow sleeveless one. He was interested in the contrast between my tan, almost dark purple on my back, and the vibrant colour of the dress. He spent a lot of time sketching and looking for the right pose. It seemed that everything was finally in place, but Falk decided he needed a spot of red in the painting.

One day he came to us and demanded a red earring. We looked everywhere, but in vain. Falk insisted. It was then that Natalya Alekseevna unhooked a crystal drop from a chandelier, and I took this improvised earring to the sitting with me. Falk was happy - he painted the back of the drop with orange cadmium paint. He was ready to start painting. The pose was tiring, so he distracted me by telling me about Paris, while carefully turning the conversation to art. It was only much later that I understood that this was his way of educating me and helping me make sense of my own impressions. Sitting for that portrait became an art class of sorts.

Time went by. Winter came, my tan turned from deep purple to pistachio green, and sittings for the portrait often started with Falk using his painting knife to scrape off all the paints he had put on the canvas in the previous week. When I came home, I had to tell Gabrichevsky all about the painting's progress. This was not easy because Falk did not like to show his unfinished work to anyone. In fact, I remained in the dark all the way through the winter.

Then finally came the viewing. Falk was nervous - Gabrichevsky's opinion was very important to him. No matter what, they were always happy with each other, since they saw each other as equals in their discussions, and Gabrichevsky did not have to resort to polite compliments.

Next year Falk began painting his second portrait of Gabrichevsky.[6]

Preparation of text for re-publication and comments by Yulia Didenko. 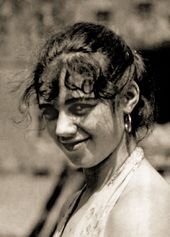 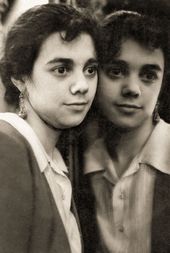 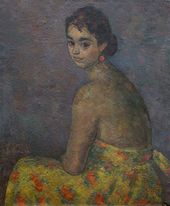 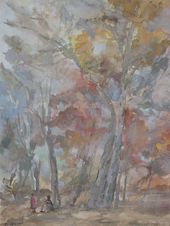 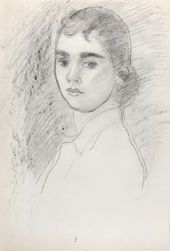 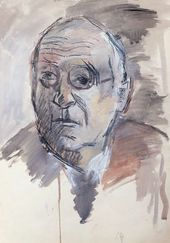 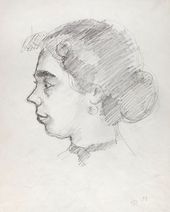 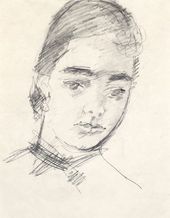 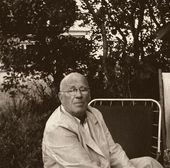