The Bauhaus. Ideas for the Future

The large and most comprehensive retrospective entitled “The Bauhaus. A Conceptual Model” celebrates the 90th anniversary of the founding of this famous school of design, architecture, fine and applied art known for its reformatory ideas and aims and the international composition of its teachers and students. The exhibition opened in Berlin at the Martin-Gropius Bau, where it ran from 22 July to 4 October 2009, and can be seen at MOMA in January 2010 in New York. Organised by the joint efforts of German and American art historians, culturologists and archivists, this show represents the whole multi-sided heritage of the Bauhaus masters, their theoretical and practical experiments and discoveries. The scientifically argued concept of the organisers provides a rare opportunity to examine in detail a conflicting and complex evolution, the turning of a triad of geometrical figures and colours into a new aesthetics of artistic images, in architecture, the visual arts and design.

In the 14 years of its existence from 1919 to 1933 the Bauhaus (an inversion of “Hausbau”, house construction) became the prototype of ideas for synthesising various media and forms of creative-practical activity and scientific-technological work. As the High School of Architecture, Arts and Crafts it owed its birth and name to the celebrated 20th-century architect Walter Gropius, the ally and colleague of the Belgian Henry van de Velde who worked in Germany, and of his fellow countryman and co-author of a number of early projects, Peter Behrens, whose ideas were close to those of the first director of this fundamentally new type of art school.

In his “Bauhaus Manifesto” Gropius called for the closest possible interaction between those who created and those who executed, the artist-ideologist and the master craftsman, art and technology. When appointed head of the Weimar Kunstgewerbeschule (Arts and Crafts School), he united it with the Hochschule fur Bildende Kunst (Institute of Fine Arts), transforming them into a new type of teaching establishment. Specialists regard this as the beginning of the realisation of “Gropius’s policy of artistic radicalism”.

The basis for implementing the reformatory plans of the founding fathers of the Bauhaus had already been laid by their predecessors, the proponents of aesthetic functionalism and the merging together of avant-garde art forms with industrial progress.

The first period of the school’s activity, from 1919 to 1928, was determined by its head, Walter Gropius himself, who introduced a preparatory foundation course known as the “Vorkurs”, an obligatory, propaedeutical introductory course, devised and developed by the still underestimated artist Johannes Itten. Shortly afterwards, following disagreements with the director on teaching methods and curricula Itten left the Bauhaus. His place was taken by Josef Albers who was put in charge of the foundation course. In 1924 he introduced “drawing” as a compulsory discipline to be attended by students from the various workshops. As well as Itten and Albers, early teachers included Wassily Kandinsky and the Hungarian Laszlo Moholy-Nagy, who taught students on the older courses.

When Walter Gropius left the Bauhaus in 1928 the school was run by another well-known German architect, the pro-Communist Hannes Meyer. Its third and last director was Ludwig Mies van der Rohe, who worked there from 1930 to 1933. In its short but turbulent history the School changed location three times, moving from Weimar to Dessau and then to Berlin.

The teaching staff also changed, as did the syllabuses and courses. Thus, in the days when Walter Gropius was director the Bauhaus remained predominantly a school of decorative art and design with workshops for ceramics, glass, textiles, metalwork, wall painting, sculpture and typography. The urgent need to study architecture, however, led to the addition of three more compulsory courses: posters, painting and stage design. The reorganisation begun by Hannes Meyer led to a merger of the carpentry workshop with metalwork and wall painting into a general studio of applied crafts. A photographic studio also appeared at the same time. Design and architecture became priority trends in the school’s activity.

The new system of instruction which developed with the advent of Ludwig Mies van der Rohe provided a more precise, differentiated structure of training in such areas as “The Construction and Decoration of Interiors”, “The Poster”, “Visual Art”, “Photography” and “Textiles”.

At that time the studio workshops in the Bauhaus were not only classes for training craftsmen, apprentices and masters, highly qualified professionals, but also experimental laboratories.

Many design projects produced here by the teachers and students were later applied in industrial production and yielded financial profit, which together with funds allotted from the municipal budget greatly strengthened the school’s material base. Unfortunately in those years most of the architectural ideas remained on the drawing board or in models, mainly for economical reasons, although some eventually found aesthetic, constructive embodiment in the Berlin of today.

Originally using three main colours at the first stage of instruction, yellow, orange and blue, and the three geometrical forms of the triangle, the square and the circle, the school’s teachers and students produced new versions of colour theory and module systems of shaping and treating the spatial environment, paving the way to the future with their experiments and practical results.

The “Bauhaus. A Conceptual Model” exhibition can be viewed and analysed in various historical perspectives and aesthetic contexts, but we propose to leave this task to the younger generation of art critics. We shall confine ourselves to our own personal, vivid impressions which are far removed from global theoretical conclusions.

The author of these lines perceived the exhibition not through numerous lengthy tomes and polemical articles on the Bauhaus, but by viewing it through the prism of Berlin’s administrative and business centre today. Perhaps no other European capital has spent as much energy and finance on the rebuilding and reconstruction of the city’s historical nucleus as has been and continues to be expended on creating the image of Germany’s 21st-century megapolis. If one bears in mind that the venue of the exhibition was the Martin-Gropius Bau building, next to the Potsdamer Platz, with Europe’s first set of municipal traffic lights, which have somehow miraculously survived, and the new adjoining streets and quarters studded with the ultra-modern architectural complexes of Daimler Benz, the Sony Centre and shopping arcades, while in the direction of the Tiergarten looms the massive building of the restored Reichstag and nearby, like a finely etched cloud rising above the earth, is the ethereal, elegant glass and metal construction of the Hauptbahnhof. Not only German architects took part in the creation of a new image for this part of Berlin, but also celebrated names from other countries, including Norman Foster, who designed the new dome on the Reichstag with its breathtaking panorama of the Federal Republic’s revived and restored capital.

The multi-storey office block that juts out sharply on the Potsdamer Platz like a huge ocean liner has been projected from the past into the present, as it were, from a 1922 design by Walter Gropius for the Friedrichstrasse into a new setting.

And the Sony Centre, built by architect Helmut Jahn, with its tent-shaped cupola covering the open interior of the complex, reminds one of the summit of Fujiyama. The Centre’s architecture is particularly impressive in the evening when the whole building is lit up in a sea of light. The Italian architects Renzo Piano and Giorgio Grassi also contributed a great deal in Berlin.

Admiring the diversity of the proportions and the variety of the modular forms and constructions you cannot help recognising the international significance of the futurological ideas of town planning, architecture and design inspired by the creative, prophetic talent of the founders of the Bauhaus. It nourished and was itself enriched by parallel experiments in European and American architecture, including those of the Russian avant-garde El Lissitzky, Kasimir Malevich and Vladimir Tatlin, Alexander Rodchenko, the projects of Constructivists Konstantin Melnikov, the Golosov brothers, Moisei Gintzburg and Alexei Chernikov; the masters of the Swiss group ABC, the Hungarian pioneers of the new art, the authors of the KURI Manifesto; and the designs and architectural buildings by Le Corbusier and Frank Lloyd Wright.

The heritage of the Bauhaus ceased to be a thing of the past long ago. The masters of this universal school of artistic training have overcome time, outstripping it with the innovative spirit of their ideas and practical experience. 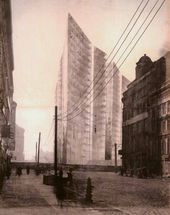 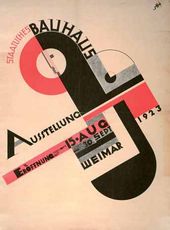 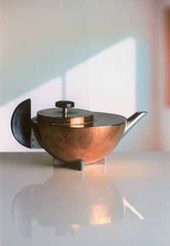 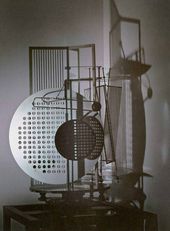 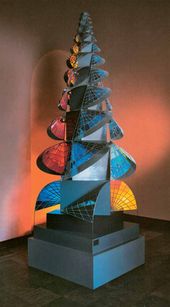 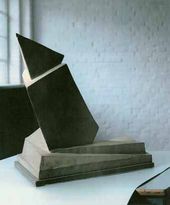 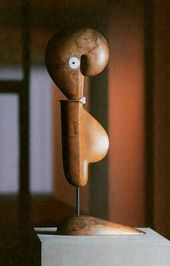 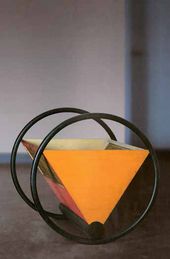 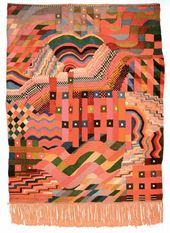 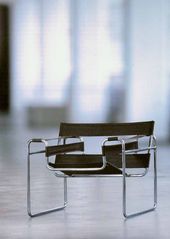