Mikhail Schwartzman: On the Way to a New Canon

Few artists in the history of art have been able to create their own universe. The art of Mikhail Schwartzman is a distinctive and outstanding phenomenon; its place in the history of 20th century art is still to be determined.

The name of Schwartzman was well known in artistic circles. He graduated from the Moscow State University of Applied Arts (formerly the Stroganov Institute) in 1956, and he began his creative activity in the time of the Khrushchev “Thaw”. A society of artists and writers, who took up a position of unofficial art, appeared at that time in Moscow. As a rule, Schwartzman’s name is mentioned among such artists because of his deep influence on the artists, poets and philosophers of the underground.

Schwartzman is a rare type of an artist-thinker. The master saw himself as a carrier of Christian culture and managed to find artistic expression for his spiritual experience; he defined the cause of his life’s work with the term “hieratism” (from the Greek “hieratikos” — hieratic, sacred). Schwartzman understood creative work as a divine process that gave artistic embodiment to spiritual experience. Hieratism defines particular canonical expressive means used in the art of the ancient world and the Middle Ages. They include the symmetry of the composition, the hierarchy of figures, the frontal depiction of poses, the dwelling of the depicted in “eternal” space and time, “above” existence.

Mikhail Matveevich’s works of art are neither icons nor paintings. The master is interested not in the world of realities as the embodiment of divine intention, but in the world of ideas, hidden in realities. The artist called his creations “hieratures” (a derivative of the author’s term). The pathos of Schwartzman’s work lies in his striving to grasp through his art the divine conception of the universe, and to venture out into the unknown artistic space. Every “hierature” of his is a breakthrough into the infinite.

Using the language of non-objective art, Schwartzman arrived at an original artistic manner. He considered nonobjective forms to be signs pointing at the spiritual substance of various world phenomena. In essence, the master strived to create a new canon.

Graphic art is an independent area of Schwartzman’s creativity, in which the frame of his hieratic empire was built and refined. The concept of hieratism was formed on the boundary of the 1960 and 1970s, preceded by a period of search. The master’s early drawings amaze with their flawless feeling of the possibilities of a blank white sheet of paper, out of which one may “excavate” in one line “Nude” (1961), or “Sitting Boy” (1960). At that time he was extraordinarily agile in his artistic decisions and moods. Mikhail Matveevich easily moves from the laconic dialogue of a black line with a white background to a complicated drawing, bringing numerous strokes and lines to the harmony of the whole. His early sheets sparkle with humour (“Bochkov with a Broad”, 1963; “Sanya from the Pet Market”, 1963). They radiate the warmth of human relationships (“Newly-weds”, 1963), and lyrical mood (“A Girl”, 1964).

Along with that, his works of the early 1960s’ strive to define the sacred essence of things and events. The artist creates a figurative cycle, “Holy Faces”, in drawing and painting, his plastic language being laconic and protected from meaningless elements that do not express anything. “Green Head” (1966), “Black Head” (1966), “The Herald (Freedom)” (from the 1960s): these are the sheets where the artist begins and ends his dialogue with icon painting, as he does in the painterly works of the cycle.

The plastic language of hieratures became more defined in the 1970s. The figures lose their outlines, and the process of dematerialization of things — which interested Schwartzman in his figurative cycle — evolves into the process of materialization of ideas on the surface of the canvas or the sheet of paper. The artist’s mission becomes evident to him.

Schwartzman’s hieratures are always a complex combination of forms, enclosed in a general outline, each form having its own contour line. The goal of the internal outlines is different: their lines either bring out the shape among others, or wash out its borders, thus signifying its readiness for transformation. The background is always interpreted as a neutral surface, having a meaning of ideographic space.

The artist differentiated the notions of “deformation” and “transformation”. He regarded deformation, which lies at the base of many trends of the 20th century, as the destructive split of a form. At the same time, transformation is the life of the form in its natural state of metamorphosis. It is as though hieratures are in the state of opening and readiness for new metamorphosis (as in the cycle “Metamorphosis”). The nature and movement of forms, which are the signs of the metamorphosis of the forms of life, expresses the meaning of various processes of the world’s existence. This process finds its embodiment in a hierature.

Schwartzman himself often repeated that his creations also carry the function of new architecture projects. Indeed, the creation of a certain body, which has its own internal spatial areas in various dimensions and projections, is an unfamiliar method for easel painting. The peculiar qualities of the architectural mentality are especially vivid in Shwartzman’s graphic works (the cycle “Structures”). Constructiveness and architectonics, not restricted by colour, burst out freely, blotting out other distinctive features of the master’s artistic style. It is not a rare case that Schwartzman’s drawings appear as the result of an architectural imagination determined to create new spatial coordinates. (“Created Space”, 1974)

The hieratures could inspire deep feelings: a seemingly palpable thought hides within them. They contain the master’s personal spiritual experience; they are striking, and executed with inexhaustible craftsmanship, which has been forgotten by many.

Schwartzman’s art, strongly connected with the past, is directed toward the future. Hieratism conceals many hidden paths, which may produce unpredictable results in painting, drawing, architecture and design. Schwartzman’s art is just another attempt of the previous century to speak the language of the future. 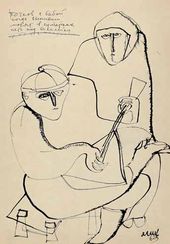 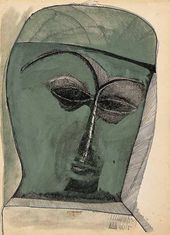 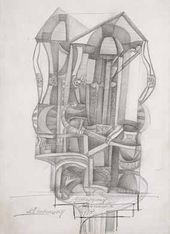 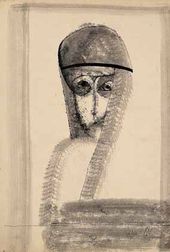 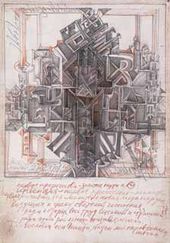 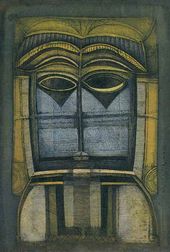 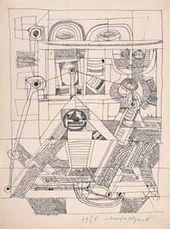