On the Right Road

The 4th All-Russia young artists competition dedicated to the memory of Pavel Tretyakov was held shortly before the 175th anniversary of the birth of the eminent promoter of Russian culture, patron of arts and founder of the gallery of Russian art.

The link between the competition exhibition and Pavel Tretyakov's jubilee made the event all the more significant and raised to a new level the professional responsibility felt by the participants for their art work. From more than 1,500 entries the competition jury headed by the vice-president of the Russian Academy of Arts, People's Artist of the USSR Tair Salakhov selected for the exhibition 61 works by young artists from different regions and cities of Russia. With the support of the Federation Council of the Federal Assembly the competition organizers received works recommended by many Artists' Unions of the country, which undoubtedly lent a special public significance to this impressive art show. The contents of the entries became more inclusive, their aesthetic and professional levels became higher, the proportion of artists from the regions grew, and the requirements for the exhibits were raised.

As in previous competitions, the leadership belonged to the graduates of Moscow and St. Petersburg art colleges, while a good and versatile performance also characterized the work of participants from Astrakhan, Krasnoyarsk, Penza, Barnaul, Tomsk, Omsk, Biisk, Kazan, Sochi, Novosibirsk and other Russian cities.

The initiative of organizing the all-Russia competitions dedicated to the memory of Pavel Tretyakov was highly appreciated by the audiences, Russian art organizations and non-governmental organizations, the Russian Academy of Arts, Russian Union of Artists, and Russian Culture Foundation.

From the beginning the main goal of the competition has been to bring into the limelight the problems and promises of the development of Russian art - this objective arises out of concern felt by the state about the future of the young generation of art intelligentsia in Russia, the care it takes of the future of our visual arts.

The Tretyakov Gallery has taken upon itself the noble mission, obligations and responsibility with respect to the resumption of regular professional art shows of modern creative ambitions, search for imagery, and achievements of young artists, while it also takes much care concerning the cultivation of realist traditions, the nourishment of elevated humanist ideals and the feeling of closeness to real life, the moral problems of the modern Russian society, a thoughtful attitude to historical destinies and to the invaluable spiritual heritage of the nations of Russia.

Summing up the results of the Pavel Tretyakov competition exhibition, we should first of all mention the participants' active stance in the visual philosophical conceptualization of the events and facts of our reality, the characters of our contemporaries, and the history of our land.

The jury had a difficult time shortlisting the last round's participants, when it was selecting the best works in terms of content and the level of craftsmanship, because there were more contenders for the prizes than in previous years. Applying rigorous criteria and engaging in comprehensive debates, the jury named the participants who merited the competition's diplomas and prizes.

The All-Russia competition becomes a tradition that helps to open new horizons of art by Russia's young visual artists, shows continuity of generations, and signals the arrival of bright artistic personalities who, due to their talents, are able to remain loyal to the great legacy of the outstanding Russian artists and their elevated spiritual ideals; the tradition of this competition raises the level of the young generation's civil responsibility for the future of our art, for its international influence, popularity and importance in the cultivation of the ideals of modern society.

The organizers deem it their duty to express their most heartfelt gratitude to the sponsors - Victor Bondarenko, the Yuzhny Krest travel agency and the Russian Logistic Service for their participation in and financial support for the organization of the 4th All-Russia competition dedicated to the memory of Pavel Tretyakov. 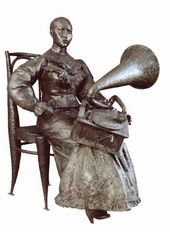